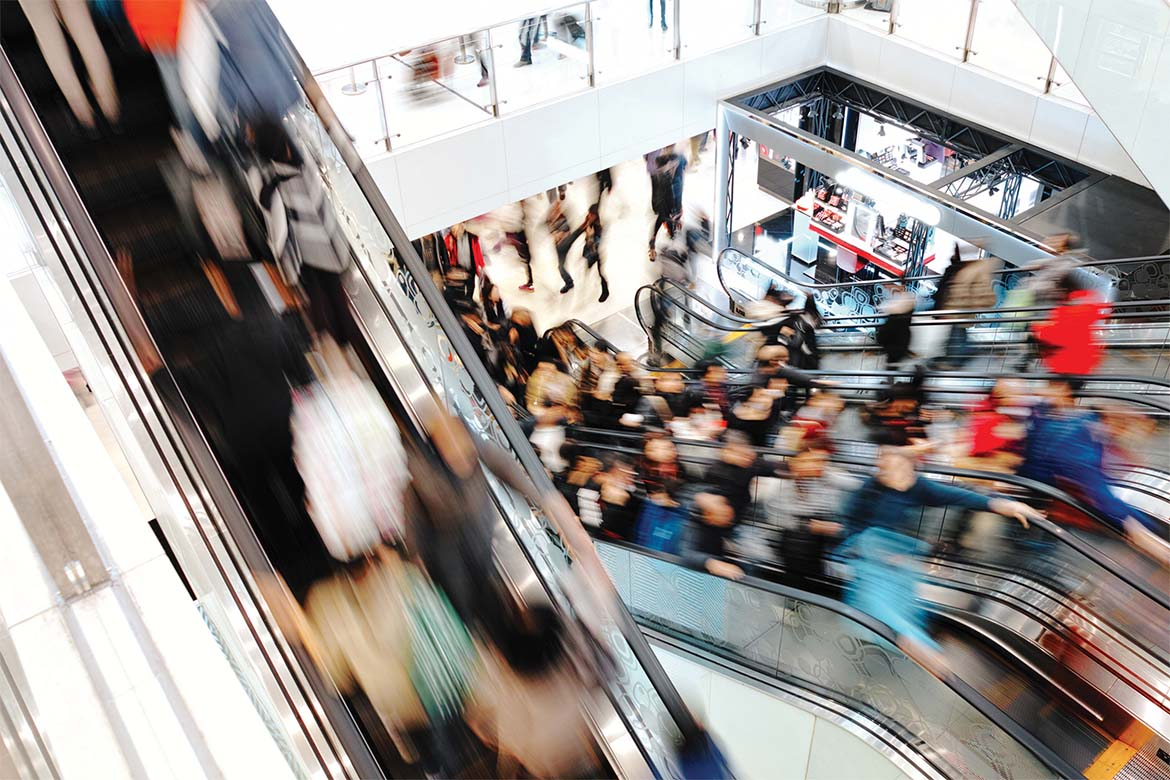 Evacuation & Dispersal plans at shopping centres and other retail sites

Owners and managers of shopping centres, malls and retail parks proudly boast of annual footfall figures that talk in the millions, and they celebrate when these figures increase.

Unfortunately, retail and crime have always been familiar bedfellows and always will be. Where there are people with money to spend, there will always be criminals intent on preying on them.

For the low-level criminal intent on theft, burglary, shoplifting, fraud, or even physical attacks, modern retail centres are irresistible. They can take advantage of the easy access, parking and facilities provided for law-abiding shoppers, and can disappear easily into the throng.  An entire industry exists to deter, detect and apprehend this ever-present nuisance.

However, when talking about retail and security, it is important to consider the worst-case scenario, and not only low-level crime.

The Omagh car bombing of 1998, in which 230kg of fertiliser-based explosives were detonated in a busy high street on a Saturday afternoon, killed 29 people and injured 220 others. This was the highest death toll from a single incident during the Northern Ireland troubles. It violently illustrated not only how vulnerable shopping centres are, but also the level of carnage that can be caused by a well-planned attack.

Fifteen years later, in 2013, the world was shocked as gunmen attacked the Westgate shopping mall in Nairobi, killing at least 67 and wounding more than 175 people. Video footage filmed on smartphones helped to drive home the horror of the attack and illustrate the helplessness and panic of victims caught up in the carnage.

In July 2016 ten people were killed and 36 injured by a lone-wolf attack at the Olympia shopping mall in Munich. While the attack does not appear to be terrorism related, it once again illustrated just how vulnerable shopping centres continue to be, and how attractive they are as targets.

The retail environment continues to evolve, and threats will also continue to evolve to take advantage of the changes and opportunities. It is therefore important that security measures and responses evolve to match emerging threats.

Unfortunately, the threat of attack, like the threat of fire or natural disaster, or indeed low-level crime, cannot ever be truly eradicated. Therefore, managers of sites responsible for planning and implementing fire and evacuation procedures should consider rethinking the standard approach of evacuating people and having them congregate at muster points.

Considering terrorist attackers prefer large groups of people to target, and considering events like the recent Westminster incident where a vehicle was used as a weapon to attack innocent bystanders on bustling London streets, instructing people to exit an area and stand in a crowd offers a subsequent easy target. So it is far better to employ a dispersal technique to your evacuation plans rather than a congregation one.

Whatever the location, building or site, it is important to periodically audit your evacuation and dispersal procedures to ensure they are still fit for purpose.

Have the procedures become outdated as the site and its usage have evolved? Is signage still in place and clear? Are staff and resident businesses properly and regularly briefed about procedures? Updating procedures could literally be the difference between life and death.

The issue of assembly of evacuated persons should be looked at as part of this audit. Dispersal is preferable to the congregation of evacuated persons as not only is it a safer strategy, it is also more realistic at sites where space is limited, such as busy city centres.

Owners and managers of retail sites, and indeed business owners, should already be investigating how technology can be included into their evacuation and dispersal plans. Technology platforms are already being used by police forces and organisations such as the Cross-sector Safety and Security Communications (CSSC) initiative.

The CSSC initiative brings together law enforcement agencies, local and national government organisations and private sector businesses, and is proving highly effective in delivering a robust communications and intelligence infrastructure. This model could prove invaluable for all retail centres and can be critical in helping to make sure all businesses and staff are equally well informed about a situation. Details about major threats and incidents can be effectively disseminated through such networks, quickly and efficiently.

The communications technology that underpins the CSSC model is ubiquitous. All that’s needed is for retail business communities and site managers to come together to take advantage of the opportunity.

With a smartphone in every pocket, there is a great opportunity to use technology to great effect and to ensure the safety of shoppers and staff. There’s no reason why technology should not become integral to evacuation and dispersal, even functioning as a mobile guide to where people need to go in the event of an incident.