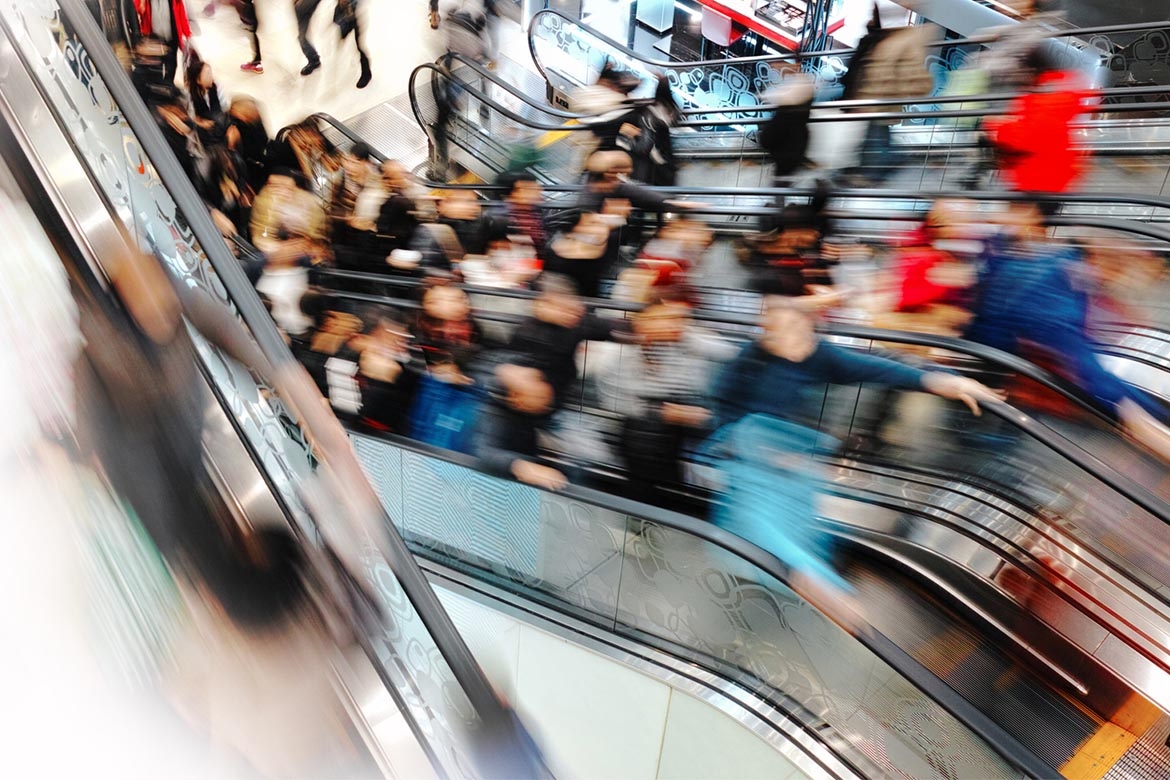 In recent years, a shift in terrorist tactics has added to the challenges faced by already stretched authorities. In particular, these criminals have looked to exploit the vulnerabilities presented by crowded public places in and around major cities.

As venues and attractions increase in size to accommodate a growing population and general demand, so do the queues at security checkpoints. As it stands, screening processes can often be intrusive and inefficient in dealing with modern threats, requiring patrons to remove their outer clothing and bags before moving one at a time through the security screening lane.

Secondary queues arising from these security regimes are vulnerable to attack, becoming attractive targets in their own right.

There is therefore a clear requirement for high throughput screening that provides a good level of assurance against mass casualty threats, without causing disruption and secondary vulnerabilities; this capability gap needs to be addressed as a matter of urgency.

Challenges faced by technologies that can deliver this type of capability include working their way into cautious markets, and generating awareness of them amongst ‘end users’ and governments alike.

Formalising the approach at venues

Unfortunately, we may not have the luxury of time, as the threat of terrorism can manifest itself without any notice. The recent call for a review of security at sports and entertainment venues by Manchester Mayor Andy Burnham, and the implementation of standard security measures, is a response to lessons identified from terrorist incidents. There is a realisation that despite the lessons identified, we still remain extremely vulnerable and attractive to attack.

Whatever direction the review takes, it must ensure that any proposals do not compound matters by creating secondary vulnerabilities in the form of queues outside the very places that the security is trying to protect.

Although the threat of terrorism is likely to be an unwelcome fact of city life for the foreseeable future, people don’t want their day-to-day lives to be heavily impacted upon by security. This creates a challenge for authorities, transport operators and venue owners, who are not only tasked with finding suitable security measures, but with making sure they accommodate lifestyle and normality, without being oppressive or disruptive.

For older facilities, which weren’t built with modern security protocols in mind, this can be incredibly tough as the interior designs may not lend themselves to retrospective integration of security measures to counteract current threats.

For newer facilities, or those in planning, there’s often more space for the opportunity to design to accommodate emerging technology. Either way, practicality and proportionality will be critical factors in addressing these security concerns.

There are a number of technologies that aim to help mitigate the threat of terrorist attacks on crowded places and all have their place in various scenarios and concepts. These technologies will be woven into city infrastructure in the future and will contribute to the vision of safe and secure cities.

Technology now exists that can screen a high throughput of people (upwards of 5,000 people per hour), and detect explosives in body-worn bags. This technology can be easily integrated physically, and operationally only requires a small number of security staff to manage alerts.

There is no requirement to divest the person of mobile phones and laptops, to remove backpacks or any outer clothing.

And whilst this technology does not mitigate all of the threats, it deals with the most important of them. It is important that security technologies complement each other, whilst working towards the end goal of maximum protection via a seamless user experience in a way that is acceptable and reassuring to the public.

Conversely, the presence of these technologies should create uncertainty, and pose a threat to the terrorist, wherever they are encountered across a city’s architecture and infrastructure.

In general, interest in protecting crowded places from terrorism and the commitment required to do so tends to diminish as the memory of the last atrocity fades. Yet this doesn’t make the risk any less imminent, and it makes sense to take proportionate measures when vulnerability and threat coincide.

When it comes to crowded places and the modern city, technologies are now available to address capability gaps that were not easily filled without causing considerable disruption in the process.

Whilst there is no ‘one size fits all’ solution to terrorism, the latest screening technologies do offer a chance to take a more strategic view of security to determine how they can be most effectively integrated into cities of today and the future. In the context of this, a review of security, and the available capability to contribute to risk mitigation in the most vulnerable parts of our cities, sounds like a good idea.