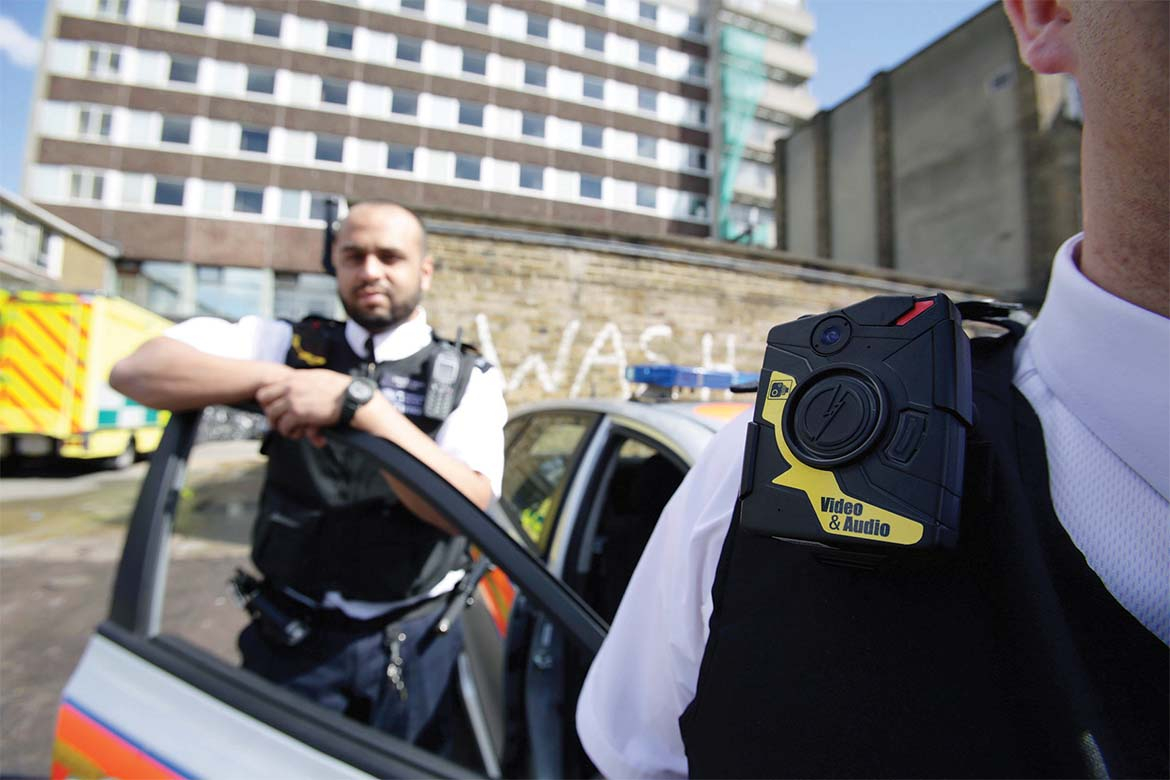 The private security industry continues to contribute new technological innovations to help the public sector combat terrorism. One of the newer technologies being used by policing is body-worn cameras, typically to gather video evidence of interactions with the public.

New developments have seen issues around infrastructure and bandwidth overcome, with models being bought to the market that have the ability to stream video and audio content by utilising advanced next generation IP radio networks.

Body-worn cameras have been trialled by a number of UK police forces and have seen public support. In Bedfordshire the community petitioned for their local police force to wear these cameras. Jim Mallen, Chair of the Bedfordshire Police Federation, said, “It’s a good piece of equipment for frontline police officers for a number of reasons, not least that they are built to capture evidence at the source of crimes. What that allows for is the harvesting of evidence, which then negates the officer sometimes having to attend court to give live evidence and do reports. What it has also done is increase the number of people pleading guilty because of the quality of the evidence.”

But this wearable tech is not yet being deployed as the new standard for security work, and their usage remains tentative, partially because of the issues with verifying evidence. Dirk Wilson, BSIA Chairman Police and Public Services, explains, “The fact that officers are not obliged to have the cameras running all the time has caused some scepticism from the local community and civil liberties campaigners. Despite initial challenges in its implementation, this is a technology trend that has attracted a lot of coverage in the national press, to which security services are paying close attention.”

Pauline Norstrom, Chairman of the BSIA, comments, “CCTV can be highly effective in protecting the public and business from crime and other risks. However, systems need to be implemented correctly and the cameras be of sufficient quality to act as a deterrent.  The industry, with new technology, is currently bringing the changes that will see CCTV deliver greater effectiveness and returns. CCTV is there to help protect the public, property and company’s employees from risk, threats and crime.  We have to ensure this message is heard because without it, we are a less secure society.”