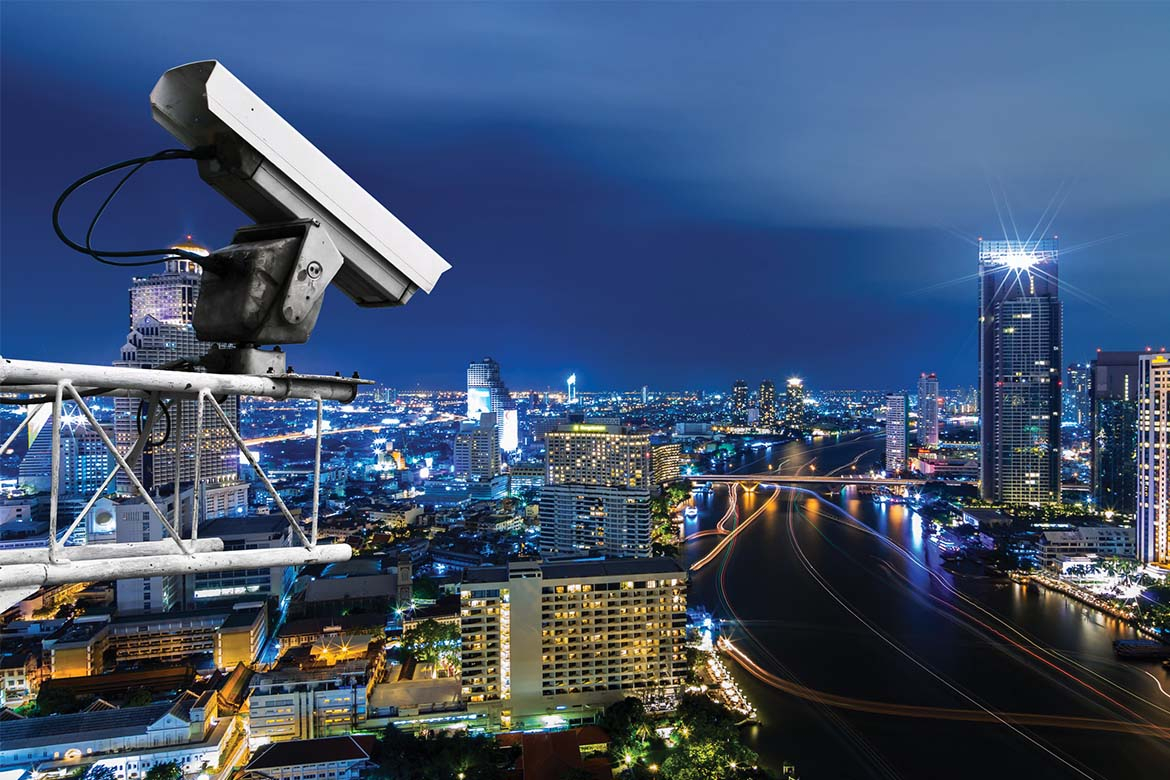 Being remote no longer means being alone thanks to security technology

Remote (adj.) is defined as “far from the main centre of population” or “situated at some distance away”. The evolution of security technology, in conjunction with the advances made in cellular communication means that being remote no longer means being alone. Even if you are the only passenger on an underground train, or a police officer pulling someone over on a deserted road or at a communication tower in the middle of a desert – you don’t have to be alone, thanks to security technology that enables early and reliable detection, with remote visual verification and communication to a central monitoring station or command and control centre over a cellular network.

The mobile market is diverse and complex; but when examining several applications in this market, a few technology requirements stand out.  Public transport such as buses, metros, and trams are vulnerable to security threats due to their transient nature and confined spaces. Unfortunately, terrorist attacks are becoming more prevalent; public transportation is often targeted since it involves moving large groups of people in a contained way and historically security wasn’t widely deployed.

It’s important that a security system can detect and verify suspicious behaviour very early so that intervention can take place. The size and nature of public transport infrastructure makes it a prime target for theft and vandalism as it’s not economically feasible to place security personnel in every bus or tram car, or on every platform. In urban areas, vandalism and theft can be carried out by a small group of people who could easily overpower a lone guard.  These acts range in severity from petty crime to destruction of fixed assets. An additional concern is public safety from provocations and anti-social behaviour to aggressive begging, pocket theft or robbery, to serious assault and injury.

In the case of theft, vandalism and public safety the security solution is used as a deterrent as well as an evidence recorder. The solutions that are most effective for this particular application offer pre-recorded notifications (“This tram is under real-time surveillance”) to passengers for prevention and awareness. The system technology that is most effective uses bi-directional audio and visual communication with a central monitoring station or command and control centre for intervention, monitoring, recording and transmission for evidence of the crime and identification and prosecution of a suspect. These detrimental behaviours can damage the reputation and safety rating of that particular transportation system and can impact their profitability. This is extremely problematic in urban areas with mass transit that tourists are afraid to use.

As the London Olympics approached in 2012, the Transport for London Authority focused on improving the safety and security of all public transportation passengers, both residents and tourists. According to the Transport for London Annual Report and Statement of Account 2011/12, bus-related offences fell by more than 9% overall between April 2011 and March 2012. This was largely due to the Operation Knapp initiative, which used CCTV installed on buses to minimise robberies. This initiative delivered a 30% reduction in the number of thefts in January 2012 versus 2011. In addition, there are approximately 13,000 CCTV cameras on the Tube network presently, which is estimated to rise to over 15,000 in the next few years. To ensure the utmost in public safety and prevent, deter, and interrupt crime, a video solution that can transmit high-definition video over any type of cellular network, regardless of the bandwidth, and support bi-directional audio is needed.

Another vulnerable mobile application for theft and fraud is armoured vehicles carrying high value goods, such as money, cigarettes, alcohol and antiques. The usage of CCTV is mandatory to prevent theft and fraud and provides evidence to capture and convict criminals.

A further application is security for police forces and their car fleets. Traffic incidents, violations and crime can be interpreted and recalled differently after the fact, and therefore the benefits of recording and transmitting pictures and audio from attended incidents is tremendous. This “on the scene footage” helps to identify those involved and also provides a record of what actually took place. In the age of cell phone cameras and social media, the ability to record and transmit high-definition video and audio to a central monitoring station where the video cannot be tampered with and can aid in the law enforcement and judicial proceedings is extremely important. This security strategy not only provides an account of the scene but also provides a second level of security and safety to the officers, so that back-up or additional law enforcement agencies can be deployed to the scene of the incident if necessary.

Providing a taxi service can be an extremely risky business. The nature of this business requires working with the public and cash, working alone and sometimes at night, and working in high-crime areas. These conditions lead to an increased possibility of assault, personal injury and murder for taxi drivers.  An in-car surveillance solution helps to prevent crime and to identify the perpetrators.

While all of these applications have unique challenges, it is clear that the mobile market requires a sophisticated security solution that 1) must be able to connect remotely to a Central Monitoring Station (CMS) or Control and Command Centre, 2) must be able to record and transmit high-definition video over any cellular network at any bandwidth, 3) must be small enough with minimal cabling to deploy on a motorbike, car, bus, or metro car, and 4) must enable bi-directional audio.