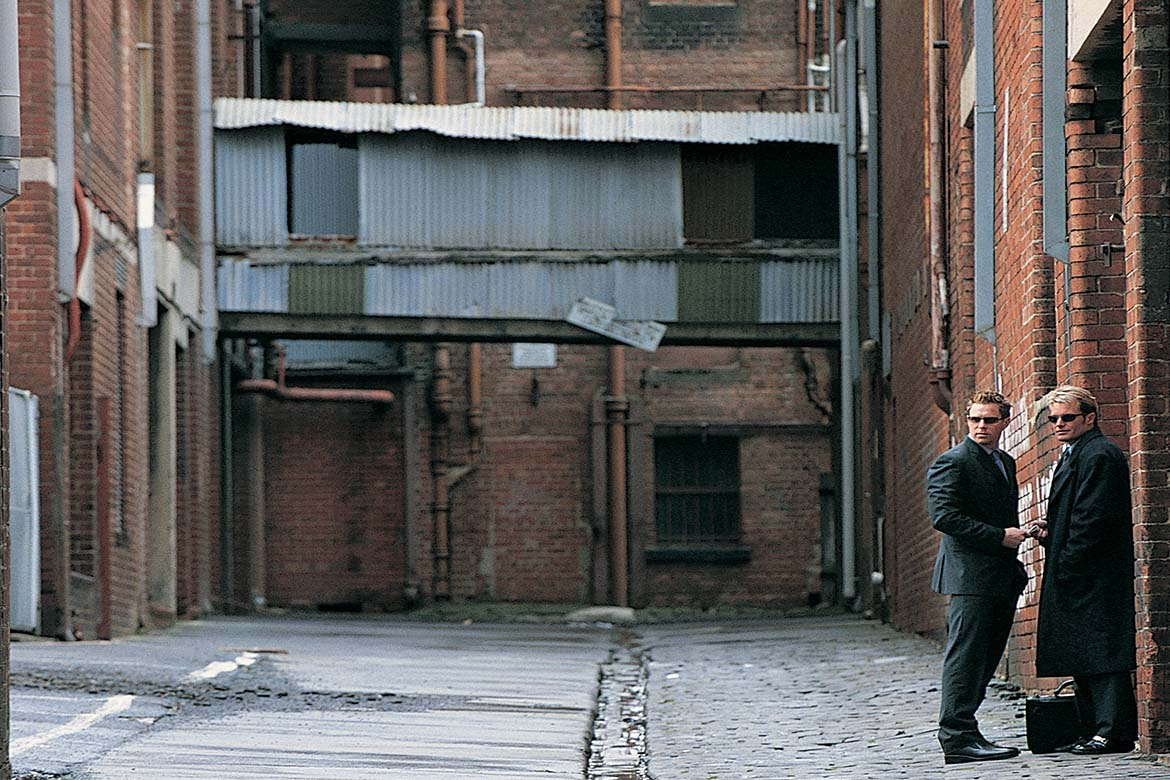 In city surveillance, the primary objective is to identify people doing bad things. Thankfully there are many technologies, such as video analytics, to help achieve that goal. These technologies provide evidence when an event has occurred.

However, consider the situation where the perpetrator is not yet a perpetrator, but rather a suspicious target. They haven’t jumped a fence, entered the property or broken a window, but it is often a precursor to a terrorist event or other types of security breaches.  This type of activity is often referred to as “loitering” and it is a behaviour that can be detected using video analytics.

Loitering is the act of remaining in a particular public place for a protracted time without an apparent purpose. Laws that try to prevent loitering have been put in place, but in most cases these laws don’t stick, as the courts generally rule that they are unacceptably vague and do not give citizens clear guidelines as to what is unacceptable conduct. Although not necessarily a violation, loitering is of considerable interest to security personnel. Loitering often indicates imminent intrusion. It may also be an act of information gathering for a planned future event. Gang activity, especially violent crime and drug trafficking, often manifests itself in the form of loitering. Loitering may also provide advanced warning to an event happening elsewhere, as it is often used as a distraction tactic.

When detecting loitering events, security cameras equipped with video analytics tend to be the most appropriate sensor choice.  This has an additional benefit, with most cities already having existing cameras performing city surveillance roles. In these cases, cameras can be augmented with this capability through the addition of a video analytics server, avoiding expensive sensor replacement and installation. Today’s video analytics also include the ability to track unique targets, and, in doing so, they can determine that a specific person, or vehicle, has remained in an area for a period of time that seems suspicious. This also means these algorithms are not misled by multiple targets that are just passing through the scene.

Different cities, as well as distinct public areas within a specific city, may have uniquely different definitions of what entails “loitering”. As such, loitering algorithms typically provide a set of parameters that can be adjusted based on the scene or the specific needs of a particular customer.  These parameters include items such as:

For many applications a single loitering person can be grounds for an alert.  However, in some settings, such as a gang hot spot, loitering becomes more of an interest when it exceeds a maximum number of people in a specific region.

depending on the area, or even the view of the camera, the amount of time that a target should remain in an area before it is considered “loitering” can vary a great deal.  A public park area could entail upwards to an hour, while loitering for just a few minutes around critical regions of a bridge may be grounds for alarm.

Loitering algorithms typically have the ability to be applied to the entire scene, or just a portion of the scene.  Different regions of interest may also have different loitering parameters.

Loitering can be specific to the type of target.  In most cases, loitering is thought to be associated with people, but it can also apply to vehicles, watercraft and even wildlife. Many loitering algorithms have the ability to monitor based on the class of target that is of interest.

When applying loitering to a large scene with many targets, the act of loitering may better manifest itself as those objects that are, on average, moving at a slower speed, or coming to rest at a greater frequency.

It should be noted that loitering is not always a forbearer of bad news, as it can also be used to identify positive situations.  Loitering detection is frequently used for marketing purposes, determining the effectiveness of a retail display or digital signage.  Car lots may use these types of algorithms to see which vehicles are most popular. Museums or zoos may use it to measure the interest in specific exhibits.

The loitering algorithm is also the basis for other more specific monitoring situations, including the monitoring of queue length, whereby an alarm is issued when the queue or line length exceeds a length defined by the operator, and crowd detection, which may ignore the duration a target has been in the area and instead be more concerned with the number of objects present, alerting when a threshold has been exceeded or when a rapid size change occurs.

Although loitering does not typically entail an actual intrusion or violation of a policy, it is a valuable video detection algorithm that can give the security provider, or marketing person, insight into potential events that may occur or regions that are drawing a higher level of interest.