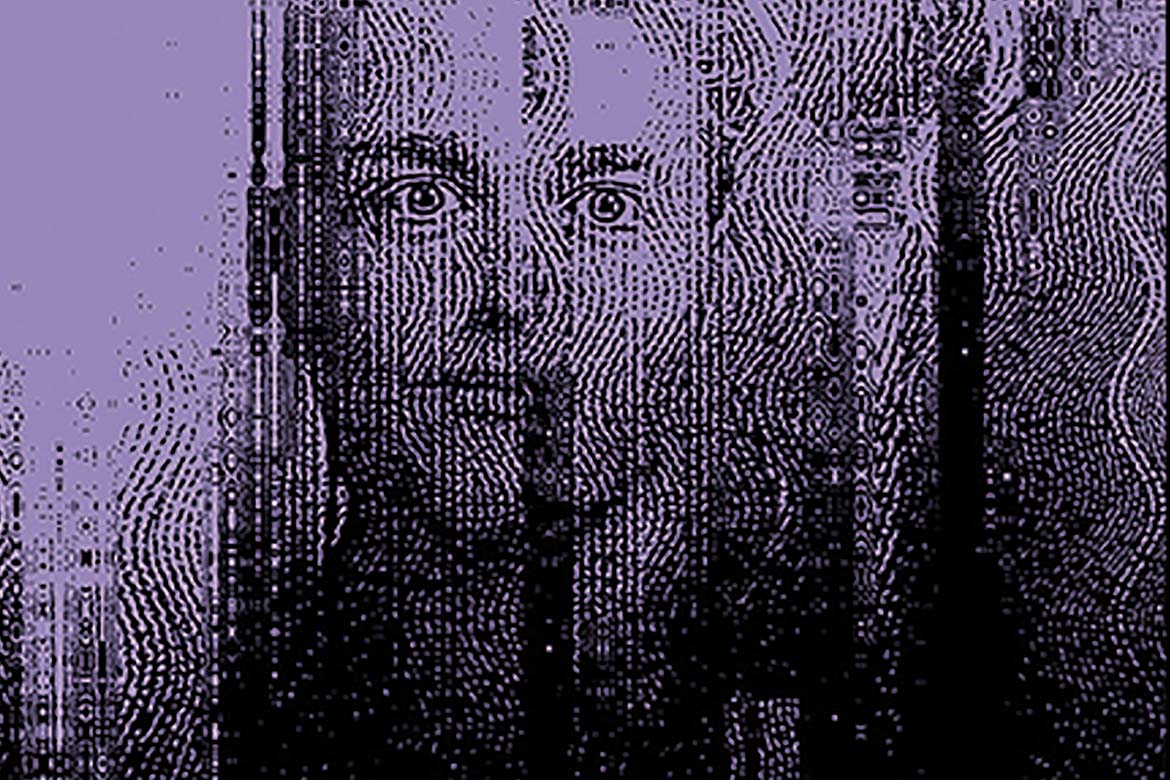 Security Facial recognition is a hot topic and there has been considerable media interest in the development and use of this technology.  Many companies are banking on it as a technological force that can solve complex problems and shape and improve our day-to-day lives.

At the same time, the technology is highly controversial, with privacy, accuracy and its ethical use raising key concerns.  Is facial recognition as inaccurate and intrusive as the media would have us believe?

Facial recognition has received a lot of bad publicity recently and media reports have highlighted concerns over the invasion of privacy and the constant monitoring of our daily lives.

Privacy advocates have deemed the technology ‘unlawful’, ‘dangerously inaccurate’, and claim ‘fail rates of 92%’. These reports are extremely misleading, but headlines of this nature tend to resonate and as such, there is a broadly negative perception of facial recognition with the public.

These reports are mainly based on previous evaluations of the technology going back a few years. False match figures reported to be 90% and above are largely taken out of context and highlight misunderstandings on how test data has been presented and therefore are not a reflection of its true accuracy.

However, the technology has now reached a level of maturity and accuracy allowing it to be deployed and integrated across a wide range of critical applications and sectors. In fact, there are vendors who can verify accuracy rates of 98% and above with false match rates (based on a 1:1 comparison) of 1 in a billion.

Facial Recognition and Optimisation of CCTV

According to the British Security Industry Authority (BSIA) there is 1 CCTV camera for every 14 people in the UK. London has the second largest CCTV network (second only to Beijing) in the world and each camera has the capacity to record and store 25 pictures every second. In contrast, facial recognition only compares a single picture against a database or watchlist of pre-validated individuals.

The facial recognition system will only send an alert to the CCTV operator if a subject of interest is positively identified from the watch list. The operator can then make the final confirmation of recognition.

This can also be used to review post-event footage from one or more cameras against pre-populated watchlists. This provides a semi-automated tool for security staff to identity persons of interest in a more focused, positive and less time-consuming manner.

Over the years police super-recognisers have been successful in identifying wanted persons. Facial recognition can retrieve data in seconds so can assist them by eradicating the need to review hours of pre-recorded footage, enabling them to make speedier identifications.

If we approach this technology as a way of integrating with personnel, the technology becomes an enabler of more informed human decisions, adds another layer of authentication and retains a healthy balance between machines and people.

There is a vast array of facial recognition products in the marketplace with widely varying levels of accuracy.  Therefore, rigorous evaluation is key when selecting a system. Not all algorithms perform the same, but the best algorithms are far ahead of the pack.  Commonly reported inaccuracies of the facial software are often down to poor installation of CCTV systems.

Correct camera installation is critical to ensure the optimum accuracy. Camera focus, height, angles, image database quality and lighting are all factors that need to be addressed.

Facial appearance varies, both in terms of skin tone, cranio-facial structure and size. There has recently been speculation in the media around racial bias in facial recognition algorithms. For humans, the word ‘bias’ suggests an inclination or prejudice against a person, but the technology itself cannot behave in such a way. The bias can arise from insufficient ethnically diverse data being used to train the system. Therefore, when evaluating the technology, end-users should question and verify data sets used by the manufacturers to ensure accuracy across all ethnicities.

The National Institute of Standards and Technology (NIST) is a science laboratory and agency within the US Department of Commerce. Its mission is to promote innovation and industrial competitiveness. Its rankings are viewed as the gold standard within the industry and a key benchmark for this technology.

From as early as 2000 they have conducted a variety of independent Facial Recognition Vendor assessments across a broad range of large data sets and applications. The test data is unknown to the participating vendors, thus enabling a level playing field that ensures algorithms cannot be ‘tweaked’ to perform favourably against a certain data set. The accuracy of these algorithms is then published by NIST approximately twice a year.

It is only recently that these technologies have undergone unprecedented improvements at an ever-quickening pace. By incorporating highly complex neural networks, developers have bolstered the ability of facial recognition algorithms to detect identities even when poor quality images are employed. The NIST report in November 2018 concluded that the entire industry has improved not just incrementally, but ‘massively’. It showed that at least 28 developers’ algorithms now outperform the most accurate algorithm from late 2013, and just 0.2% of all searches by all algorithms tested failed in 2018, compared with a 4% failure rate in 2014 and 5% rate in 2010.

Continual investment, research and development into this technology mean it is continuing to improve, and according to NIST, facial recognition is now 20 times better than it was just a few years ago.

Many manufacturers claim to be privacy and GDPR-compliant, but ultimately it is the end user’s responsibility to ensure the system is used in an ethical and GDPR-compliant environment. Completion of a data privacy impact assessment (DPIA) should be completed prior to its deployment. The DPIA will ensure that a validated watchlist has an inclusion threshold criteria and is regularly reviewed so additions and deletions are signed off at the highest level. This document outlines a strict code of conduct and procedural safeguards to ensure transparency, governance and proportional justification of its use.

Essentially, this document and its stakeholders should refer to it as a working document that continually monitors and governs the deployment and day-to-day use of such technology.

The facial recognition market is a growing one, currently estimated at around £2.9 billion and predicted to increase to £5.6 billion by 2022. Factors such as rising applications in various industry sectors, growing smartphone implementation and increasing instances of identity threats are fueling the market growth. Facial recognition technology can resolve sector specific problems and is revolutionising industries such as policing, public security, transportation, gambling and retail.

Some of the newer systems are camera- agnostic and work with legacy CCTV for wide- range surveillance and identity verification.

This technology is also being integrated into access control applications, (either on a stand-alone door or integrated into a full system. This solution enables pre-enrolment of photos, enabling ticketless entry to stadiums and events, and speedier check-in at hotels, offices, gyms, airports etc.

Facial recognition technology is transforming airport security: government agencies (in conjunction with airlines) are aiming to improve efficiency when entering and exiting the country and deploy automated passport verification.  This trend is set to grow and is being trialed across other airport facilities and applications.

Retail is predicted to be a key growth sector as facial recognition is used to estimate a customer’s age, gender or mood so stores can target them with ads on in-store video screens or mobile applications. Banks are relying on facial recognition software to improve security, eliminate fraud and negate the need for ATM bank cards. The gambling sector is deploying the technology to scan and recognise those who come in and gamble. They can spot regulars who require VIP treatment, deny entry to pre-enrolled gambling addicts, cut down on people known for cheating and reduce incidents resulting in losses.

Stadiums, arenas, concert halls and other venues can be equipped with facial recognition cameras or kiosks enabling ticketless entry, crowd control and increased security, including identification of those who aren’t authorised to be there (ticket touts, disruptive supporters etc.).

Portable ruggedised deployments kits for rapid deployment and facial recognition glasses which enable a watchlist alert to a portable device/phone can be used for a variety of stand-alone policing and security events such as World Leader summits, public protests/demonstrations and annual sporting and event fixtures (G20, Wimbledon, Ascot, Glastonbury etc.).

The Future of Facial Recognition

NIST says that the advancement of deep neural networks has driven ‘an industrial revolution’ in facial recognition.  Many prestigious buildings and landmarks in the City are evaluating it and a number of iconic London buildings are running paid trials as part of building access control solutions. They have reported positive feedback from security personnel, clients and employees.

Facial recognition is the future and the next decade will see the widespread use of it across many industries.  If used in a measured, transparent and ethical way, facial recognition has the capability to significantly benefit all our lives.