As concerns grow around the potential security threats drones may pose to both civilian and security entities, the market for counter-drone technology is rapidly maturing. In this article, we help you cut through the hype that exists around this technology.

A lot has been made of the alleged Gatwick incident of 2018, the criminal exploitation around smuggling contraband into prisons and near misses between drones and manned aircraft. All of these showcase the challenges around the use of drones and the technologies used to detect them.

There is no silver bullet for any one individual detection method. However, the recent PWC Skies without Limits v2.0 report highlighted the positive opportunities in a £45bn contribution to the UK economy and cost savings of £4.6bn in defence and security related sectors alone.  In a market survey conducted in 2015, there were just 10 dedicated counter-drone systems available for acquisition. There are now over 500 systems on the market, the end result being a myriad of companies now offering C-UAS products in a $6bn market.

This presents dual, potentially conflicting, decisions for those responsible for security: to spend money on C-UAS systems because of the potential challenges drones present and/or embrace the pro-security aspects of drone technology.

The majority of C-UAS market solutions concentrate on the Detecting and Tracking – which, for the security industry, is most important.

The following technologies are used in drone identification systems:

These technologies are compared in the table below.

Any means of disabling a drone whilst in the sky is not permitted in the UK via the Air Navigation Order, except for limited police powers which can be obtained through Military Assistance to the Civilian Authorities (MACA).

For Critical National Infrastructure (CNI) sites, some suppliers have been evaluated by the CPNI – though no standards exist for Effectors (C-UAS that incapacitate drones).  Coordination of C-UAS at a national level is done via the Joint Security and Resilience Centre (JSaRC).

Crucially, it’s understanding the customer need – simply saying I want to ensure you defend my property against all drones just isn’t possible, for any site in the UK.

Broadly speaking, when procuring a counter- drone system, it’s essential to evaluate  these aspects of the proposed system:

In a 2019 study of over 500 C-UAS systems, not a single C-UAS manufacturer would provide details about their product’s performance in real-world use. This information vacuum makes it difficult for would-be C-UAS owners to know what actually works and what doesn’t, anticipate potential issues, or select a system that is best suited to their needs.

An effective intelligence system will be of far more use than physically dealing with a drone itself.

A study that looked at equipping Germany’s 16 busiest airports with drone detection systems would cost upwards of half a billion euros. Personnel training, maintenance, and staff time to operate the counter-drone system all incur significant additional costs.

As drones proliferate, related industrial secrets become just as vital to protect. This was recently evidenced by USA and UK security services in government news about alleged Russian and Chinese engagement and how some Commercial Off the Shelf (COTS) systems have been exploited in the current Ukrainian conflict.

The duality of drones and security protection 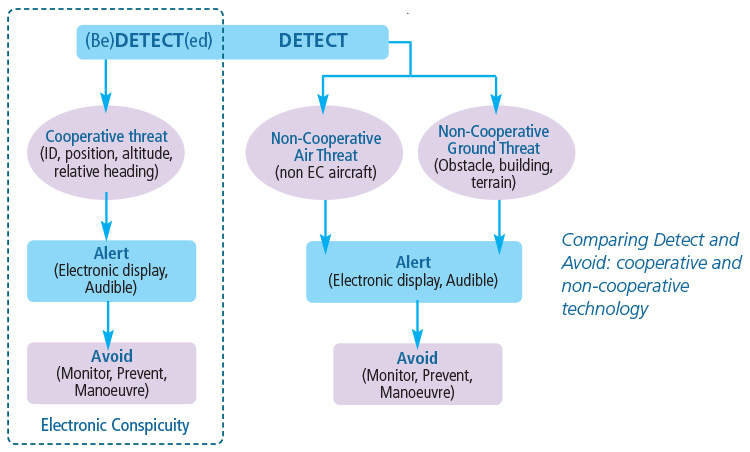 Manned aviation for years has relied on ground-based radar to safely separate aircraft, and C-UAS solutions have an opportunity to do the same for drones.

A linear asset could deploy a suite of mobile C-UAS units to secure a corridor where drones are operating BVLOS (Beyond Visual Line of Sight), and longer term they could be part of the national infrastructure the UK so badly needs to permit BVLOS operations, if done at the right price point to enable this.

Counter-UAS is naturally something that will be included when developing your security strategy. But organisations must also consider the active use of Unmanned Aerial Systems (UAS) as a crucial way to enable the development of regulatory safety cases for other areas of security. Not only can UAS detect and ensure the skies above are clear, but they can help to make a much more robust business proposal for expanding the scope of your operation to BVLOS and automation.

Read our previous articles on drones