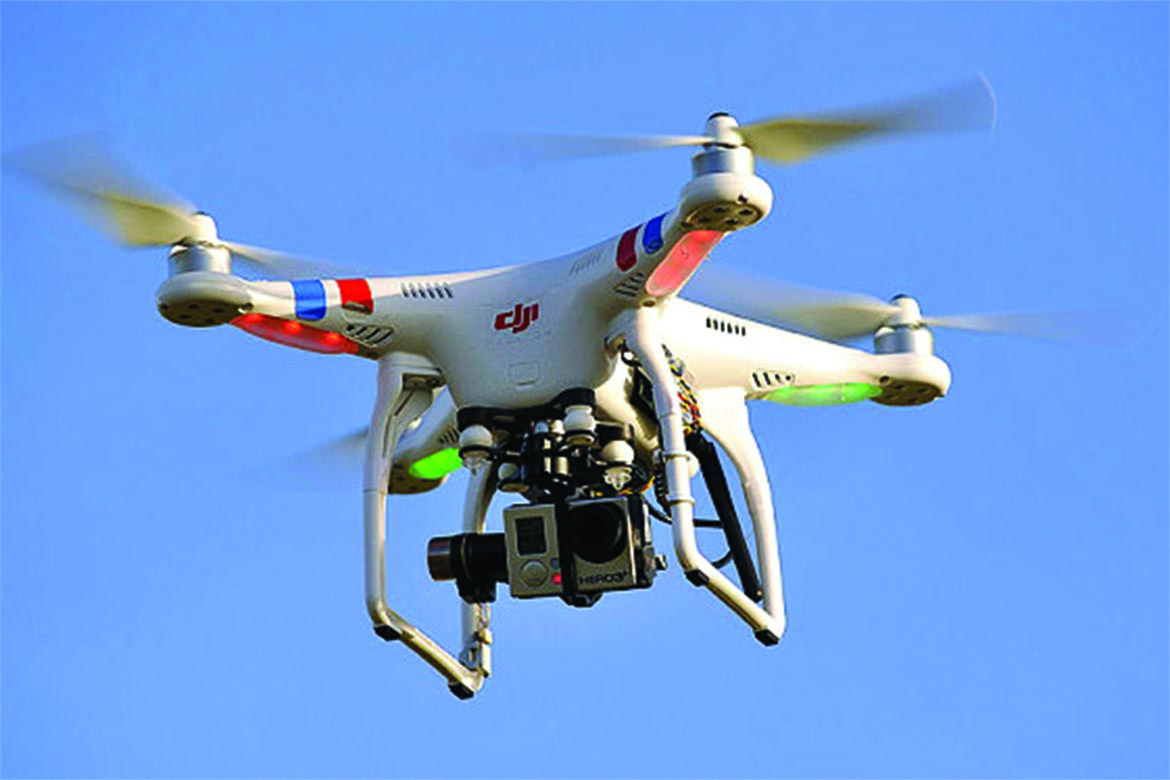 Once the stuff of sci-fi movies and futuristic dreams, drones are set to become a part of our daily lives. They are now widely available to purchase online and vary enormously from the inexpensive, pocket sized drone – controlled by a mobile phone and able to receive live video images – to the heavyweight octocopter drones which carry over 20kg.  And as the technology to build them becomes more sophisticated, so too does the capability to put them to use.

The online retail giant Amazon is an example of this advancement, with the development of a pioneering drone delivery service, Prime Air. This proposed drone delivery service is currently testing the capabilities of automatous drones with machines carrying a payload of up to 25kg for a range of 10 miles and lighter payloads reaching a maximum speed of 50mph.

Initially known to many for their military use, drones are used today to drop food packages to starving villagers whilst also providing a low-cost option to deploy and activate small arms and explosive devices.

But drones also pose a problem: some are fully capable of monitoring Wi-Fi and manipulating our phones and other technology, and in some cases, they are able to intercept mobile phones. Accounts of drones in aircraft near misses and contraband drops within the perimeter of prisons have become a regular occurrence.

Counter drone technology has been slow responding to this threat. A search on Google will throw up several “solutions”, including attack eagles specially trained in the Netherlands, laser jammers and air pressure guns which fire a large net into the path of the drone. Unfortunately, none can be relied upon against fast moving drone threat, nor can a drone differentiate between a legitimate delivery or, for example, one carrying medical supplies.

Specially designed targeted RF Jammers seem to be effective, but due to the re-classification of drones by the CAA – under the umbrella of aircraft – their use has been restricted by OFCOM.

The challenge is to develop a solution that counters these significant threats to our data, privacy and information and uses a very targeted RF approach that does not interfere with GSM, Wi-Fi or any other commercially used frequencies. This countermeasure needs to create an exclusion zone with a signal that denies the operator control, video and telemetry downlink capability: in effect, to create an electronic no fly zone over strategic areas such as government establishments, power stations, large public stadiums and airports etc.

Additionally, any such countermeasure would need to be deployed rapidly, so a lightweight, handheld, battery operated solution is crucial. In this way, you could create an invisible electronic shield impenetrable by commercial drones quickly and flexibly.

The good news is that specialist technology providers are taking up this challenge with some products in the final stages of research development and testing.

Whilst bringing multiple benefits, drones can be dangerous as well as compromising the security of our information and privacy. Fortunately, with a strategic approach to this threat supported by a technical countermeasures plan, there are solutions available to deter, intercept and divert malcontent.

Emma is the founder and Managing Director of Esoteric Ltd, a well-established Electronic Bug Sweeping, Counter-Espionage and Intelligence gathering company based in Surrey, UK. An MBA graduate, and a Chartered Security Professional (CSyP), Emma’s early career was spent with the Royal Military Police, followed by a career in the Ministry of Defence. She is a Vice President of the Security Institute, having previously been Chairman (2013 to 2015); Board Director of Defence Industry Security Association (DISA); a Council Member of Terrorist Information Network Group (TinyG) and council member for City and Security Resilience Networks (CSARN). Emma is a Trustee and member of the Board of the City of London Crime Prevention Association (ColCPA). Emma is also a non-executive director of Kings Security Group Ltd and Falanx Group Ltd.