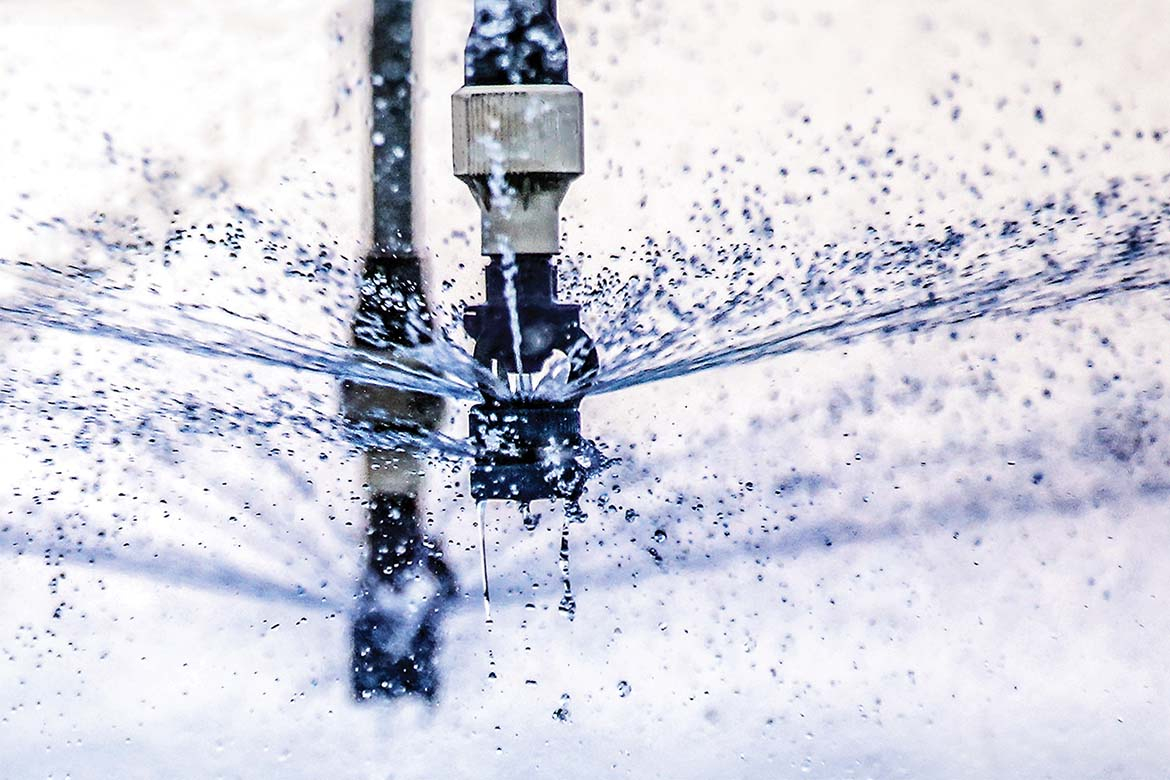 The best protection against fire is automatic sprinkler systems

A sprinkler system protects not only property but also life, and is often ‘mission critical’; this means it is essential to prioritise how you design, install and maintain your system.

Protect people and property from fire

Automatic sprinkler systems are generally recognised as the most effective way to protect people and property from fire.

Not only are sprinklers very effective at what they do – containing and suppressing fire, sounding a local alarm, calling the fire and rescue service and restricting the growth of fire – but there is clear evidence that when a fire occurs in a sprinkler protected building, the fire and property damage incurred is a tiny percentage of that which is likely in an unprotected building.

Sprinklers are also very effective at protecting lives, including the lives of fire fighters, and in the UK there has never been a multiple life loss in a building fitted with a properly designed, working sprinkler system. In industrial and commercial buildings, recent real-life incidents have demonstrated the value of sprinkler systems in promoting business resilience, with warehouses and factories back at work the day after a fire.

The reliability and efficacy of sprinklers demand installations which are:

In the UK, sprinklers in non-residential premises should be designed, installed and maintained in accordance with BS EN 12845. Some systems may be installed to other international standards or to those specified by FM Global. The Standard recommends that the testing, servicing and maintenance be carried out by the system installer or a similarly qualified company.

Given that a sprinkler system not only protects property but life and is often ‘mission critical’, the value of following appropriate procedures cannot be over-emphasised.

There are a number of different types of automatic sprinkler systems; they have different uses and applications.

A wet-pipe system is where all the pipes leading from the water supply, through the various control valves and on to the sprinkler heads, are permanently filled with water under pressure.

Wet-pipe sprinkler systems are the most common type installed. They are used in heated buildings, where there is no possibility of the water freezing, i.e. where the ambient temperature remains above 5 deg C. Wet systems are capable of delivering water to the fire as soon as a sprinkler head operates.

Dry-pipe sprinkler installations are appropriate for applications either where there is a danger of the water in the pipes freezing or in situations where there may be temperatures above about 70ºC. In a dry-pipe system the pipes on the ‘active’ side of the installation control valves are charged with air which is under sufficient pressure to prevent the entry of water into the delivery pipework. Once the first sprinkler head operates, the compressed air escapes through the head and water follows.

A pre-action sprinkler system is a dry-pipe system linked to an automatic fire detection system which protects the same area.

Deluge systems are commonly fitted with open nozzles or projectors and are triggered from air/water detection lines or some kind of detection system.

Deluge systems provide water to a network of open nozzles which could be for local application or protection of a specific high-risk plant area. Other risks would include such situations as tanker loading bays, flammable gas tanks, oil storage reservoirs, oil lines, power generation plants etc.

Who is responsible after installation?

Once a sprinkler system has been handed over to its owners, the responsibility for the equipment will rest with them. Whether or not the system will operate as designed when required will depend on whether the correct maintenance procedures are carried out. Article 17 of the Regulatory Reform (Fire Safety) Order 2005, which came into effect in England and Wales on 1st October 2006, imposes significant liabilities on the ‘responsible person’ (read employer or property owner) who fails to maintain fire safety equipment (including sprinkler systems) intended for the protection of life from fire.

Sprinkler systems in the United Kingdom are generally designed and installed to European and British Standards. The standards set out a requirement for testing and routine maintenance to be carried out. The end users have a responsibility to arrange a specialist to carry out this work.

There is little doubt that sprinklers are inherently reliable and have a well-deserved reputation for controlling or suppressing fires in buildings and that effective design, installation and maintenance are required to sustain this reliability.