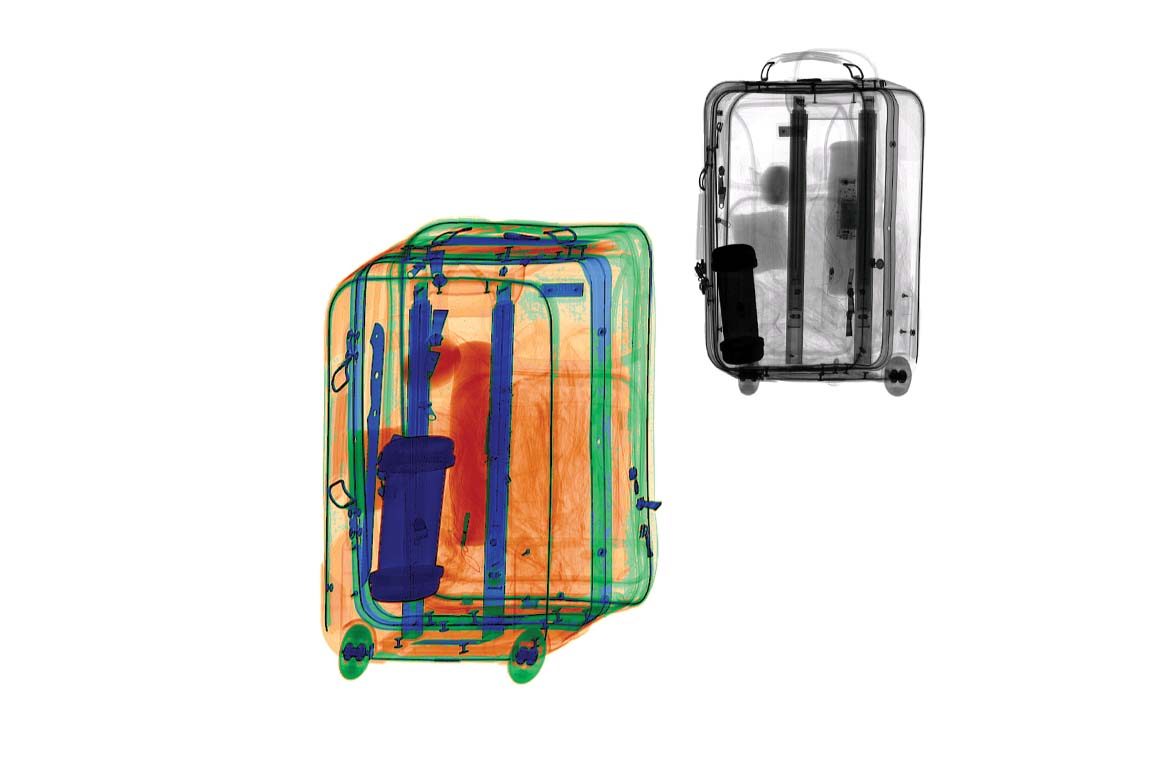 We live in an age of enormous technological developments. In every field of human endeavour new innovations make it easier to perform our jobs better, faster and with fewer mistakes. It’s no different in the security sector as new developments in X-ray technology improve the effectiveness of security screening and contraband detection.

X-ray scanners play a major role in providing security for a wide variety of industries and in a wide variety of situations. Many times X-ray is the primary means of detecting contraband such as weapons, explosives and drugs. X-ray scanners are effective tools when used correctly by a properly trained operator, but the challenge lies in making sure this happens.

As an X-Ray operator, supervisor or traveller, have you ever wondered if something is hiding undetected within a bag or package as it passes through the X-Ray machine? This question was posed to me a few months ago while witnessing a demonstration of a new X-ray technology. I looked at the X-Ray image of a package and, after considerable analysis, replied, “Nothing, the briefcase looks fine to me. There’s nothing there.” Much to my dismay I was shown that I had missed several razor blades and a large combat knife concealed within the case I had just X-rayed.

Most X-ray machines used today produce a two dimensional (2D) image requiring considerable interpretation on the part of the operator. The image produced by these machines can be the clearest image possible, but if the prohibited items are placed in a way to ensure minimal detection, the chance of an operator detecting them is slight unless they carry out a fingertip search.

2D conveyor X-ray technology has limitations that can be exploited, either by chance or by a knowledgeable party, to conceal illicit items and make them much, much harder to detect. In the case of the image I examined, the items had been tucked down and concealed on the sides of the briefcase – an ideal location I learned, to hide items from standard 2D X-ray conveyor systems.

Newer three dimensional (3D) conveyor X-ray systems enhance the probability of detecting contraband by eliminating many of the “blind spots” associated with 2D X-ray. Because they produce images that more closely match how bags and containers are seen in the real world they make detection much easier. In fact, numerous studies conducted by the United States Transportation Security Administration found that 3D X-ray systems increased the detection rate by more than 10% while also significantly reducing the false alarm rate. Advanced 3D X-ray systems are exceptional at producing images that are easily interpreted and definitely increase the chances that contraband will be detected. The primary downfall of these systems is the high cost. Current 3D X-ray equipment can be very expensive and because of this is found mainly within the medical industry.

3D Perspective, the best of both worlds

The 3D perspective view is a great addition to the X-Ray screener’s toolkit because the software allows for all sides of a package to be viewed within a single image, revealing threats not normally visible on a conventional 2D X-Ray conveyor system. Due to the simplicity of the 3D perspective X-ray image it can be interpreted with ease and with minimal training, reducing the time needed for operator training while increasing detection and lowering false alarms. Because operators can more easily determine threats and detect contraband, these systems often reduce the requirement for supervision.

The improvements in detection, throughput and operator effectiveness made possible by utilising the 3D perspective technology over conventional 2D X-ray is substantial, but that’s not all the new technology offers. Because 3D perspective is software driven, the systems using it can offer many new features that further contribute to operator efficiency. These include enhanced threat detection, superior operations management, touch screen technology, and increased system reliability. Each and every feature used in conjunction with the 3D perspective viewing technology helps aid the operator in making the right decision with minimal fuss, risk and downtime.

The threat keeps changing and evolving; organisations wishing to stay ahead of this curve need to evolve their techniques and technologies as well. The new 3D perspective technology offers the best value proposition for companies and organisations wanting, needing or wishing to improve and enhance their X-ray security screening. 3D perspective technology allows you the benefits of 3D X-ray for the same costs as today’s 2D systems, and that can only be a good deal.