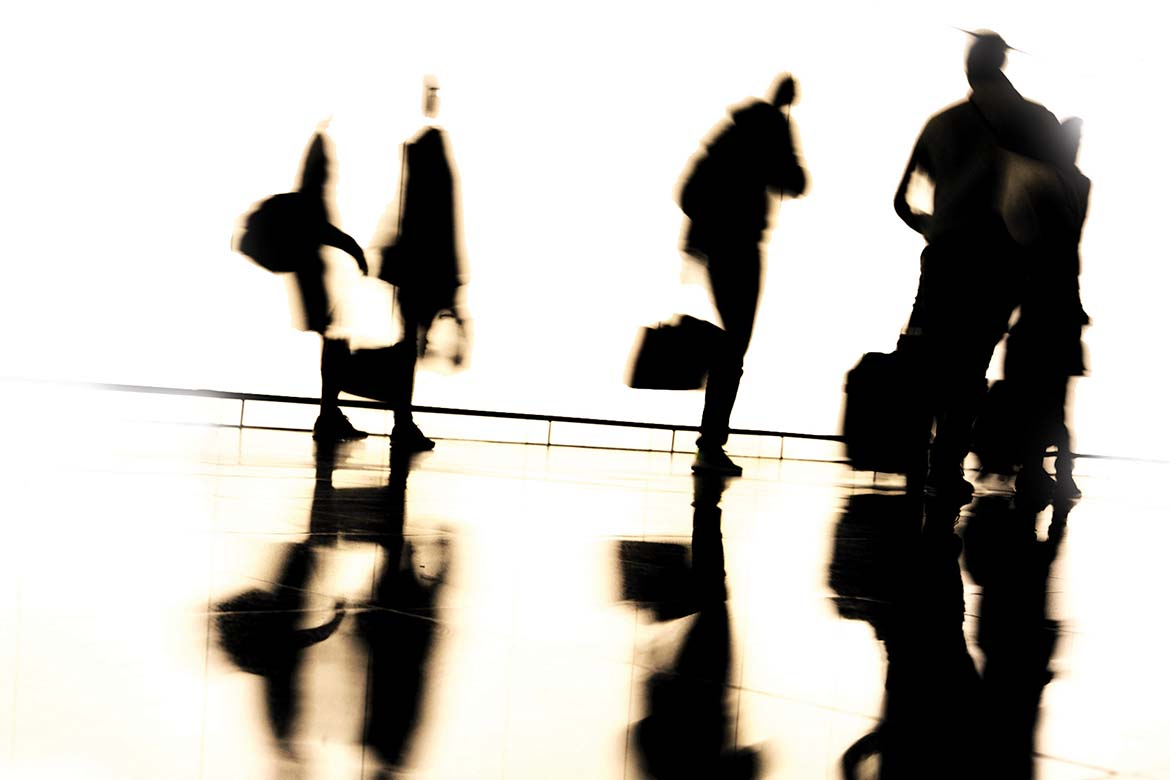 Recent events in Brussels, Paris, Germany, Egypt, and even in the United States have highlighted the growing urgent operational requirements to screen people for concealed threats to life.

Since then, there have been calls to introduce additional security checks in mass transit locations and to introduce security screening.

The challenges for securing mass transit

It’s certainly true that the increased threat and revised methods being deployed by terrorists call for security protocols to be revisited. However, simply adding more of the same security checks, or displacing the existing security perimeter, won’t make people safer. Traditional security methods cause crowds to gather and, regardless of whether this is inside or outside the terminal, this is exactly the area that terrorists are attracted to. Our actions bring no benefit if we are simply relocating the threat.

Security technology needs to be visually unobtrusive in crowded areas such as mass transit environments – ideally it should be completely ‘invisible’ to the public. Therefore, screening must not present any barrier that restricts the free flow of people in public areas, as creating further congestion has the potential to offer terrorists greater opportunity to attack without detection.

Securing mass transit should be the last line of defence against terrorist attacks. However, it is becoming more of a requirement due to the increase in ‘lone actor’ attacks, which the intelligence agencies and police find more challenging to prevent.

It is a troubling fact that if the new solutions and technologies that are available today had been properly utilised, it would probably have been possible to detect some of the terrorist activities we have seen in the past year, or at least would have provided early warning of potential situations.

In the current climate of international terrorism, there is a rapidly growing requirement to screen people over a much broader range of locations and security scenarios. In fact, the need to screen people for such items has never been greater. It has become crucial to public safety to screen individuals, covertly and at the earliest opportunity, at a mass transit environment’s perimeter entry points, which also must be achieved without impacting the flow rates of people or introducing so-called security screening ‘bottlenecks’.

Airport security operators utilise passive stand-off screening as it has the ability to discreetly screen all individuals in real time as they pass through perimeter entrances of the airport concourse. The real-time screening capability is particularly important, as it enables threat detection and isolation as soon as a threat passes through the perimeter. This also avoids pushing the build-up of queues from the landside and airside checkpoints to the perimeter entrances of the airport concourse, reducing the security risk associated with ‘bottlenecks’. This new technology is very different to the first generation static ‘body scanning’ scenario that many people identify with landside and airside security checkpoints.

The use of passive technology is also vitally important, as screening potentially hundreds of people as they go about their daily lives using traditional airport style, or active, scanners is associated with health concerns, due to the radioactive element of the scanning process.

Using state-of-the-art surveillance techniques enhances communications to those on the ground dealing with potential situations. The ability to view live video which is being streamed from CCTV or body worn cameras grants the control room a full awareness of situations as they unfold. Traditionally, CCTV is only used after an event has taken place, but having the ability to stream video, in real time, to mobile devices and control rooms means that appropriate responses can be managed more effectively, in less time.

As well as this, sending facial recognition and passive screening outputs, or CCTV cameras, to the mobile devices being used by security officers on the ground can aid the tracking of a potential suspect, and allows for remedial action to be undertaken when required.

The growth of threats to mass transit environments has spurred on the development of new ways of working, as well as new technologies. Mass transit locations are typically identified as ‘softer’ targets, so would not normally have anti-terrorism patrol teams. However, due to heightened threat levels, the use of new technologies is best utilised when working in partnership with increased numbers of patrols, who can take corrective action if need be. First responders also need additional training so that they are prepared should the worst happen.

Combined with these new technologies and new ways of working, the public is a great source of threat intelligence. Increasing the public’s level of threat awareness, as well as educating them on what they should do if a threat takes place, and giving them channels which they can use to alert the emergency services to incidents or suspicious activities, will all help to prevent these situations from occurring.

Greater intelligence, combined with a greater situational awareness of live events using technologies such as live video, passive screening and video analytics, would mean that mass transit could be secured without too much impact on people’s daily lives.