The Public & Private face of dealing with new threats 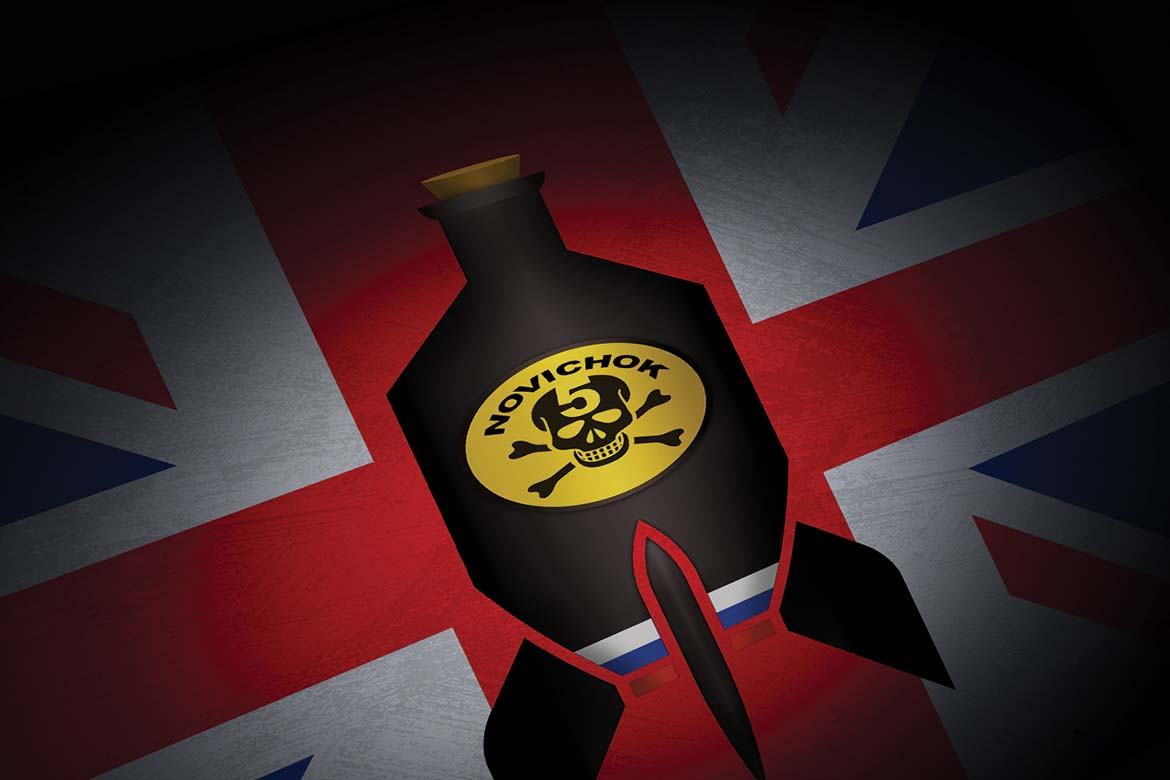 Philip Ingram discusses how security officers supported police in the response following the first use of Novichok anywhere and whether further training may now be required.

Salisbury and its surrounding villages have been in the news for not just the first use of a deadly nerve agent on British soil, but the first use of a Novichok agent anywhere.  Luckily this deadly, virtually undetectable substance wasn’t used in the crowded metropolis of London or one of our other major cities.

More than 1,200 police officers from across the country assisted with the cordons in Salisbury as they were needed to secure the areas suspected of contamination. In June, almost four months after the initial attack, a decision was made to replace many of the police officers with security staff.

A Defra spokesperson said to a local Salisbury newspaper: “As of 4 June, security guards will start to replace the police officers deployed at some of the cordoned sites around Salisbury, where clean-up work is taking place. This is to allow local police officers and those who have volunteered from around the country to return to their normal duties.”

Visiting Salisbury, I found that the police, private security partnership was working very well and the professionalism of everyone was reflected in the engagement and respect shown by the local people. This could be the start of a model for greater public private cooperation. However, one common worrying thread existed with both police and security staff awareness. Briefings on what Novichok was, how nerve agents worked, was scarce. “We have to rely on our ex-military training,” was one comment.

However, if we look at where Sergei Skripal and his daughter Yulia collapsed from the effects of Novichok, or where they could have collapsed, it could easily have been an SIA-licensed security guard who was first on the scene. Now we have security guards protecting sites potentially contaminated with deadly nerve agents, the question has to be asked, “is it now time for more novel threats to be briefed to all licensed staff and should this be part of a continuous training regime?”

Fraser Kennedy, Director of Mitigation and Training with London-based Ultimate Security, said, “A clear and concise overview of how to identify the effects of a nerve agent at the earliest opportunity would be warmly welcomed. Couple this with what to do in such an event to help protect oneself and others and I think we would have a very useful training resource. It’s important not to ‘scaremonger’ and this may well be an isolated incident, but we will be increasing our staff’s awareness just to be on the safe side.”

With the disruption in Salisbury and nine miles away in Amesbury contained to relatively small areas, the policing and security bill is enormous. Were something similar to happen in any of our major cities, the impact could be huge.

The International Security Expo at Olympia in November this year will be examining emerging threats across our cities, our Critical National Infrastructure, impacting the economy and much more. I am bringing some of the conferences together and am confident they will allow training, public private partnerships and novel threats all to be debated in context.

With the terror attacks of last year, a nerve agent attack this year, numerous terror attacks disrupted, Counter Terror police closely monitoring 600+ threats, and Brexit scaremongering, the need for even greater public private cooperation seems an absolute must. All of these will be key elements in and around the November event.

Visit internationalsecurityexpo.com for further details and register to attend the free conference series.