Setting the standards in canine aviation 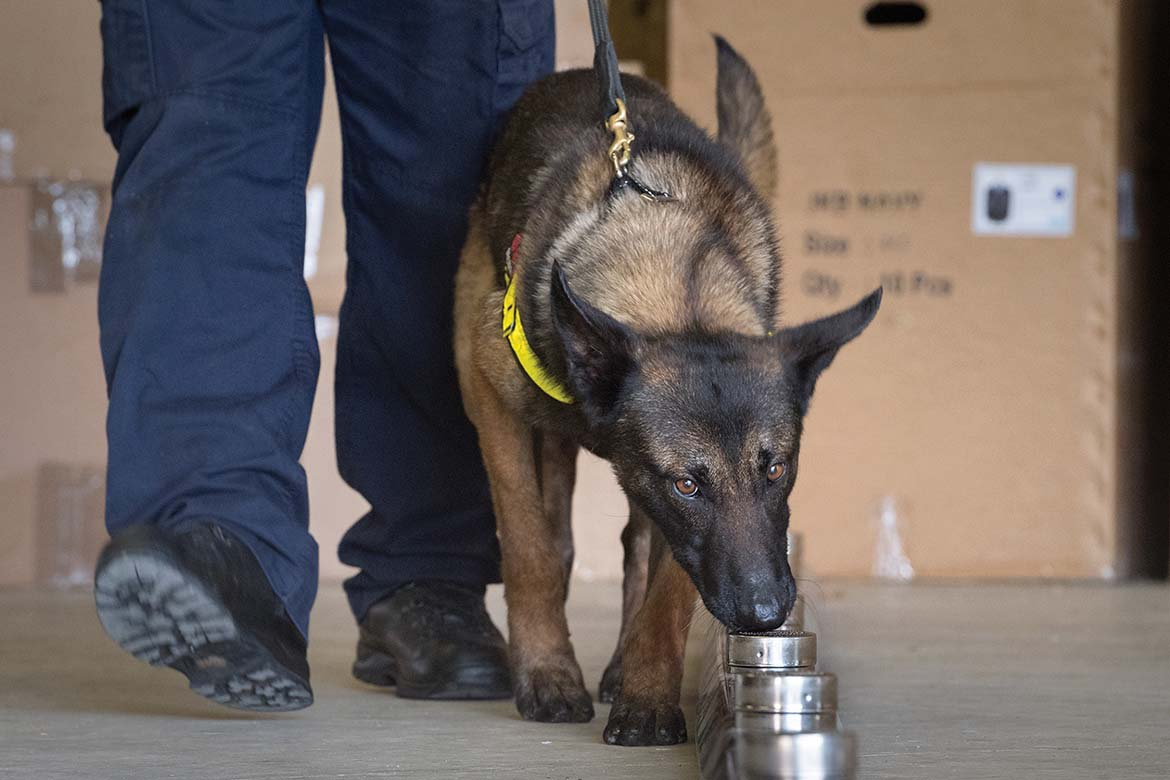 Highly-skilled dog handlers and specialist detection dogs are a key part of aviation security. Here we discover more about their selection and training from the Securitas Canine Services team.

In response to changing threats in aviation, the Department for Transport (DfT) is developing a new aviation strategy, and Free Running Explosive Detection Dogs (FREDDs) form part of their commitment to achieving a safe, secure and sustainable aviation sector. The certification and continuous quality assurance process incorporates stringent tests set by DfT and overseen by the Civil Aviation Authority (CAA).

Following a recent live demonstration, Baroness Sugg, Aviation Minister said, “Free running explosive detection dogs are the latest addition to the government’s multi-layered approach to tackling potential aviation security threats. The ability of these highly-skilled dogs to detect small amounts of vapour from explosives hidden in cargo will bolster our existing rigorous security methods, and I was really impressed to see them in action.”

Since the 1950s, Securitas has used specialist dogs as part of their protective services.

In 2011, Canine Services were introduced into the Specialist Protective Services division in Securitas UK and within six years,  this became the first, and currently only, organisation to achieve certification for Free Running Explosive Detection Dogs (FREDDs).

Securitas’ dogs include Labradors, Cocker and Springer Spaniels, and Malinois, but we look for any dog that can be trained to the highest search and detect standards, and that can work effectively in loud, challenging environments.

The basic assessment and training period can take between three and five months, depending on the confidence, capability and aptitude of the dog. Using clicker training techniques, the dogs are exposed to a variety of scents, including distractors such as cardboard packaging, bubble wrap and tape.

As training progresses, the dog can differentiate specific odours and will indicate their presence with a passive response – a clear signal to their handler that an explosive odour has been detected.

Once training is complete, the dogs undergo four levels of testing, including odour detection and role play scenarios in live and simulated environments, before they can be FREDD certified. Set out by DfT, the tests are filmed and independently assessed under supervised conditions.

The Securitas Canine Services team have more than 90 years’ dog training experience between them: our senior trainers all previously served in the Royal Air Force Police and have themselves received rigorous training and deployment in a variety of demanding environments.

While a police or military background provides evidence of a structured training regime, it’s not essential in our handler selection. Demonstrable, exceptional handling skills are fundamental to this role and, above anything else, a natural affinity with dogs is the key element we’re looking for.

We look for handlers with a passion and drive in training dogs, who understand the welfare needs of their dog and put these needs at the forefront of any task.  Handling and training dogs never stops – this isn’t a 9 to 5 job, with tools switched off at the end of the working day.

A handler must be able to integrate a highly intelligent dog into their daily life. Play time, grooming and TLC, as well as reinforcing obedience (for example, manners at breakfast or recall in the park), all play an important part of the dog’s ongoing training for its key role at work.

A keen eye for detail is also a vital quality of our handlers – they need to be able to recognise the slightest indication from the dog of the presence of a potential threat, in addition to maintaining regulated audit records to the highest standard.