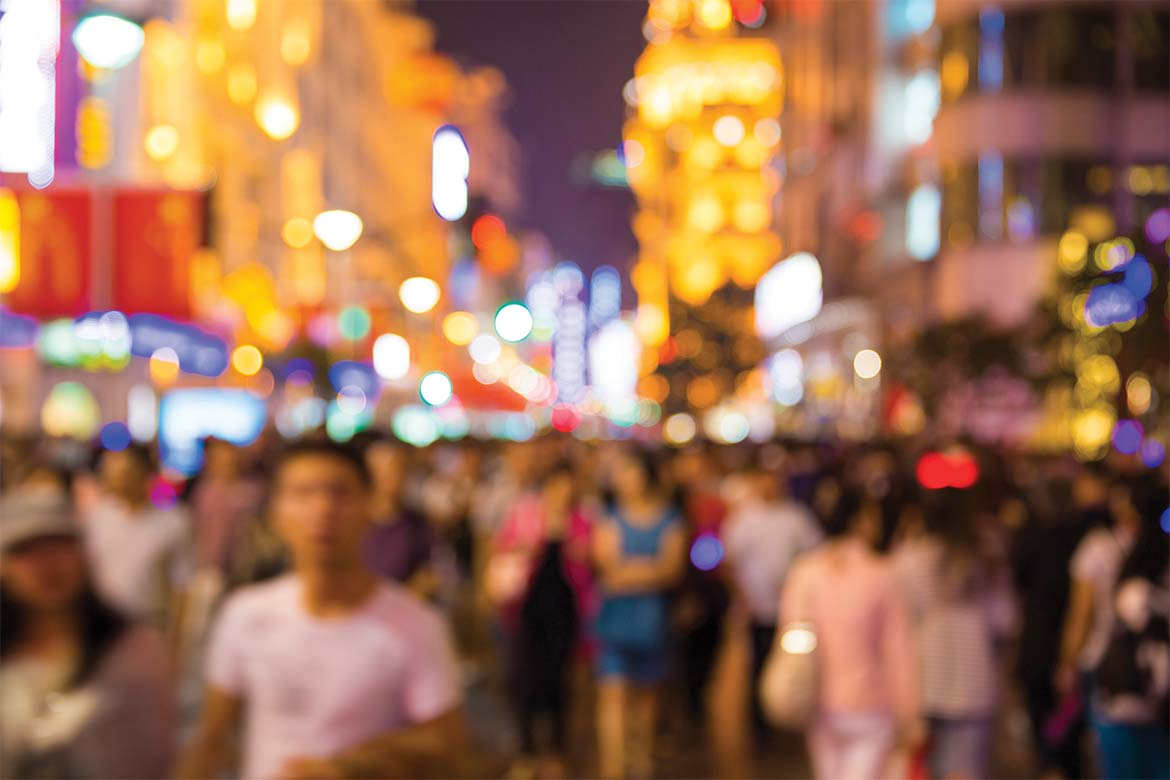 There is debate as to whether or not Napoleon actually said it, but it is certainly true that Britain is a nation of both shopkeepers and shoppers.

Of course, the activity of shopping has changed dramatically in recent decades. The High Street is no longer the primary site for bricks and mortar retail, and inner city shopping centres (malls) and out-of-town retail parks are where we increasingly do our real world shopping.

From a security point of view, the change in the retail landscape presents both challenges and opportunities. These need to be well understood because, while we all love shopping, we have to recognise that retail centres present lucrative and high value targets for criminal activity, ranging from low level anti-social behaviour through to major terrorism. So any strategy for protecting our retail centres needs to be broad and conscientious, and crucially needs to understand each distinct environment if it is to provide effective protection for businesses and shoppers.

The seriousness of the threat is proven. While the recent attack on the Olympic Park shopping centre in Munich does not appear to be related to a recognised terrorist group or motive, it shows how vulnerable these sites are. And we need only to look back to the Omagh bombing of 1998 to understand how devastating an attack on a seemingly serene High Street shopping environment can be.

At a lower level, retail centres are of course the natural hunting grounds for lesser criminals – the anti-social youths, shoplifters, thieves and pickpockets – and they will remain so. The potential pickings are too good to resist.

Challenges for the Inner City Mall

The situation is challenging for inner city shopping centres and malls. These tend to be retail enclaves within a wider organic urban environment, and therefore the typical mall will have several entry points and a more fluid and ever-changing footfall that will be difficult to monitor.

The more modern and substantial malls often include car parks which are below the main pedestrian and retail areas, so the threat of a terrorist bomb, if big enough, would present significant risk of structural damage and collapse. The 1993 attack on New York’s World Trade Centre, in which a truck loaded with explosives was detonated in an underground car park, was an attempt to achieve just this result, but on a grandiose and truly repulsive scale.

At a lower level of crime, it is easy for thieves and pickpockets to move in and out of a mall, and therefore they are more difficult to monitor and apprehend. But at the same time there will be in place high levels of CCTV monitoring and connectivity between mall management and resident businesses, which considerably empowers the security stance.

Connecting up the High Street

High Streets rarely, if ever, benefit from such connectivity or management. There will not be a central management office and businesses will usually operate in isolation, making it very hard to disseminate information or synchronise an evacuation if needed. Aside from an on-the-street police presence, and the occasional employment of additional security by councils or Business Improvement Districts, most High Streets lack any sort of coordinated security presence, and it is difficult to envisage any way in which they can be made any more secure.

There is, however, a system in place that even the smallest High Street independent retailer should consider. The Cross-Sector Safety and Security Communications (CSSC) initiative, detailed earlier in this magazine, is a partnership between law enforcement agencies, local and national government organisations and private sector businesses that is proving highly effective and, if broadened, could prove a model for even the most remote High Street.

Intelligence about major threats and incidents can be better disseminated through such networks, quickly and efficiently. The communications technology is ubiquitous, all that’s needed is for High Street business communities to come together to take advantage of the opportunity. It would put such local traditional retail communities on a more equal security footing with their more organised neighbours in the malls and retail parks.

When policing busy retail centres there will an additional challenge of political sensitivity and ensuring security does not negatively dominate the shopping experience. In the UK we like to know security is there to protect us, but we feel uncomfortable if it is intrusive or domineering.

As a society we also feel uncomfortable with obvious profiling when delivering the security function. This latter point takes on additional importance in an environment which is dominated by fears of Islamic terrorism. As current events in the United States show, there is a risk of significant damage to the fabric of society of profiling on a racial or religious level, so security and policing needs to be handled sensitively, especially in our High Streets where the cultural mix of retailers and shoppers is the most varied.