Security dogs deter and detect in the Middle East 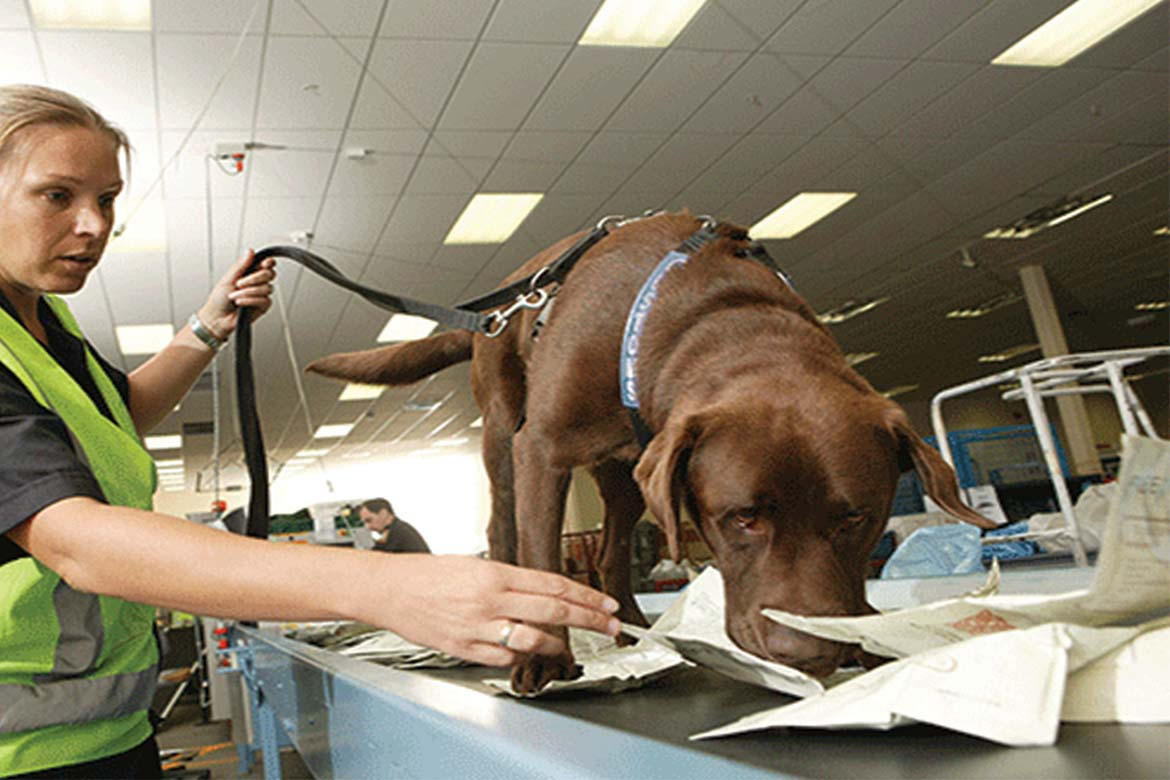 The increasing use of security dogs in the Middle East

In the Middle East, security awareness is unsurprisingly high, with Governments in high political risk countries investing in security measures to both secure properties and people, but also to reassure companies they offer a safe haven to conduct business.

How effective is the increasing use of security dogs in the Middle East, both in airports and elsewhere?

The use of dogs by Government officers to detect illegal substances, explosives and stowaways at airports and border controls has been commonplace since the 1960s. Initially, many countries conducted their canine searches away from the public gaze, but the recognition that dogs with handlers in action can also provide a strong visible deterrent meant that dogs soon became fully integrated with the enforcement officers on the ground dealing with the general public.

Globally, the aviation security industry has long embraced the integration of dogs into their security programmes. Capable of screening cargo, mail and large volumes of people efficiently, dogs also provide a complementary detection tool alongside high tech mechanisms, such as trace particle detection and x-ray machines.

The level of trust the general public place on security dogs is now also extremely high – a recent U.S. passenger poll, to establish how best to reduce drug smuggling into Grand Cayman airport, showed more than 62% felt the most preferable method would be to introduce or increase the presence of sniffer dogs.

In general, the use and acceptance of security dogs as a key security device is increasing in the Middle East as well, and not just with state institutions, but also with private businesses, who are activity seeking professional dog security.

CCTV and dog security together

Dogs and handlers certainly don’t replace or negate the need for more modern techniques such as CCTV or Wireless Intruder Detection Systems, instead they augment the security and, particularly when there are large spaces and perimeters to patrol, such as airport terminals, they can be much more effective. Dogs also ensure the security officers are not exposed unduly to risk while on patrol.

Generally, people tend to be more scared of dogs than cameras, so the presence of a dog on any site can often be a strong enough deterrent to stop a criminal act occurring.   For the aviation industry, particularly in countries near war zones or with a high risk of domestic unrest, this provides a strong reason to incorporate an element of dog security into their tightening security programmes.

Dog handling is a highly skilled, specialist role that requires handlers to undergo rigorous training regimes and the companies that provide them to pass and maintain the highest possible accreditations and standards in order to provide dog security.

The value of the police dog, not just in transportation security, has been recognised in the UK for a long time and for that reason the UK has built a reputation for excellence in the provision of highly skilled guard and detection security dogs.