New approaches to security for the retail industry 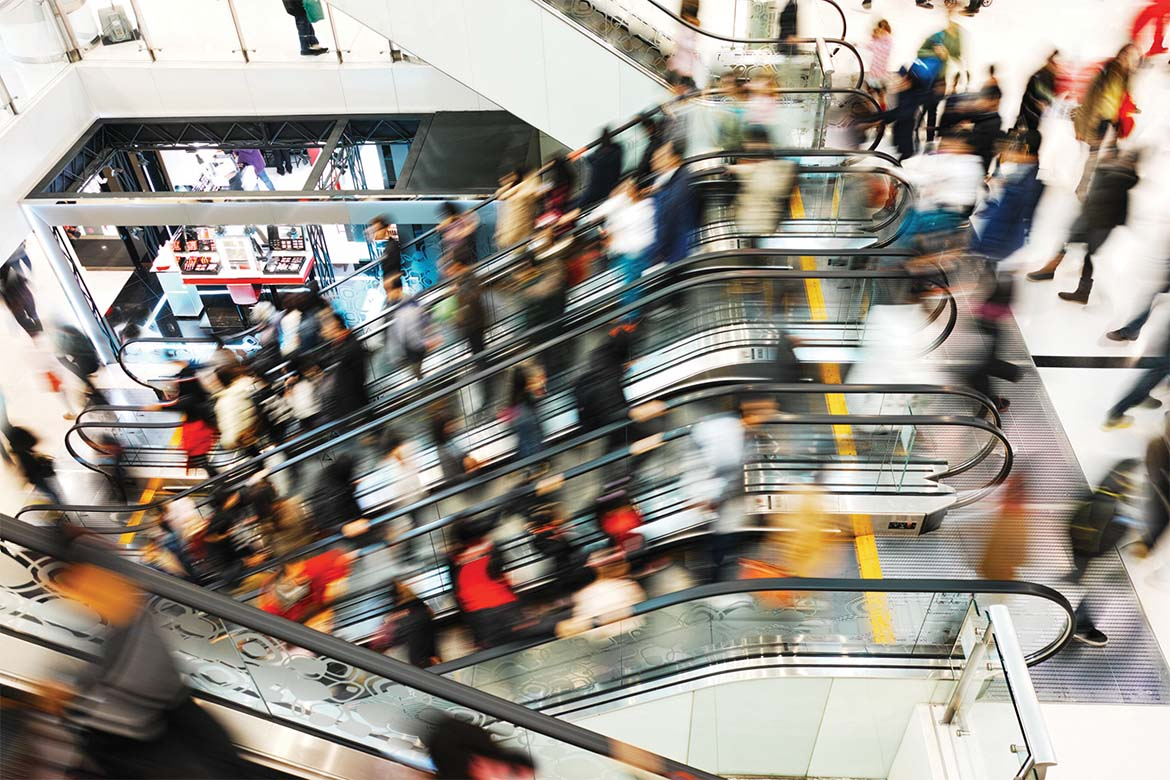 The world for the high street retailer is changing. Although it is under threat from e-commerce, the value of a physical presence is by no means redundant. One thing that isn’t changing is the importance of the high street as a meeting place for the community.

Shopping centres perform a similar role: there aren’t many places to go that are inside and free.

The challenges for those responsible for the safety and security come when disenfranchised groups of people claim those spaces as their own, intimidating other members of the community. The result is that in those areas security officers are often at risk of violent confrontation as a result of loss prevention incidents and anti-social behaviour.

There is a balance needed between over-zealous and relaxed security so that shoppers can relax and enjoy the experience. That balance is most finely struck using a combination of strategic and tactical approaches to reduce criminality, support the vulnerable and enhance the visitor experience.

There is no doubting that tackling anti-social behaviour as a security team without engaging the law enforcement and other community agencies is a blunt instrument. Blackburn is a good example of a place where multi-agency working and information sharing has had a positive impact.  Over 30% of the population of Blackburn is under 19 and unemployment rates are above the national average. Anti-social behaviour accounted for almost 50% of all reported crimes in 2015.

Blackburn’s in-town shopping centre, The Mall, management and the security team have taken a leadership role in coordinating and partnering with a number of agencies to integrate and rehabilitate disengaged young people to make Blackburn a better place to live and work. These agencies range from THOMAS (a recovery-focused service) to Nightsafe (a homeless charity) and Youth Zone (a centre for young people).  Fundamental to this approach is the sharing of CCTV footage and an open radio channel for instant communication.

As part of their programme of activities, the team at The Mall has introduced its own restorative justice-based programme for those banned from the shopping centre. A meeting with the individual is held to formally agree the terms of re-admittance. The re-offending rate is extremely low and some individuals have become mentors at the Youth Zone.

Being involved with the Blackburn Business Improvement District (BID) means the experience and knowledge of the security team is used to set priorities for investment, such as the direct employment of BID ambassadors to make daily patrols in the town centre and strengthen the PCSO (Police Community Support Officer) team. Their most ambitious project was to set up a temporary drop-in centre staffed by outreach workers to support vulnerable people. Any reports from any other agencies and CCTV footage were used to identify the location of people in need of help. In the first month alone, over 300 people were helped into hostels and 20 were admitted on to drug rehabilitation programmes. This programme has been significant in reducing criminality and supporting vulnerable people within the town and, therefore, in The Mall itself. Verbal abuse and physical assaults on officers have more than halved in the last two years.

Of course Blackburn doesn’t reflect the needs of every town centre in the country but this case study offers some useful insight into how powerful partnership working can be.

Working in retail environments as a security officer can lead to the perception that assaults are an occupational hazard, but they are in fact a preventable problem.

Health and safety experts analysed five years’ worth of data from incidents and identified 10 underlying factors that lead to assaults on officers. These ranged from being outnumbered to the level of competency, reporting and risk assessments. As a result, a training programme was put together underpinned by these 10 factors as the fundamentals of awareness and skills for physical intervention and conflict management.

The results have been dramatic, with officers being more aware of the risk that is posed to them and members of the public and confident of how to mitigate that risk. In fact, the number of reportable incidents reduced by nearly a quarter and injuries by nearly half.

A combination of a well-trained officer on the front line and a robust plan to engage with other stakeholders will create a framework to mitigate risks. Like a risk assessment, the programme of activities and focus has to be based on the specificities of the particular shopping environment.