Counter terrorism and security in the retail sector 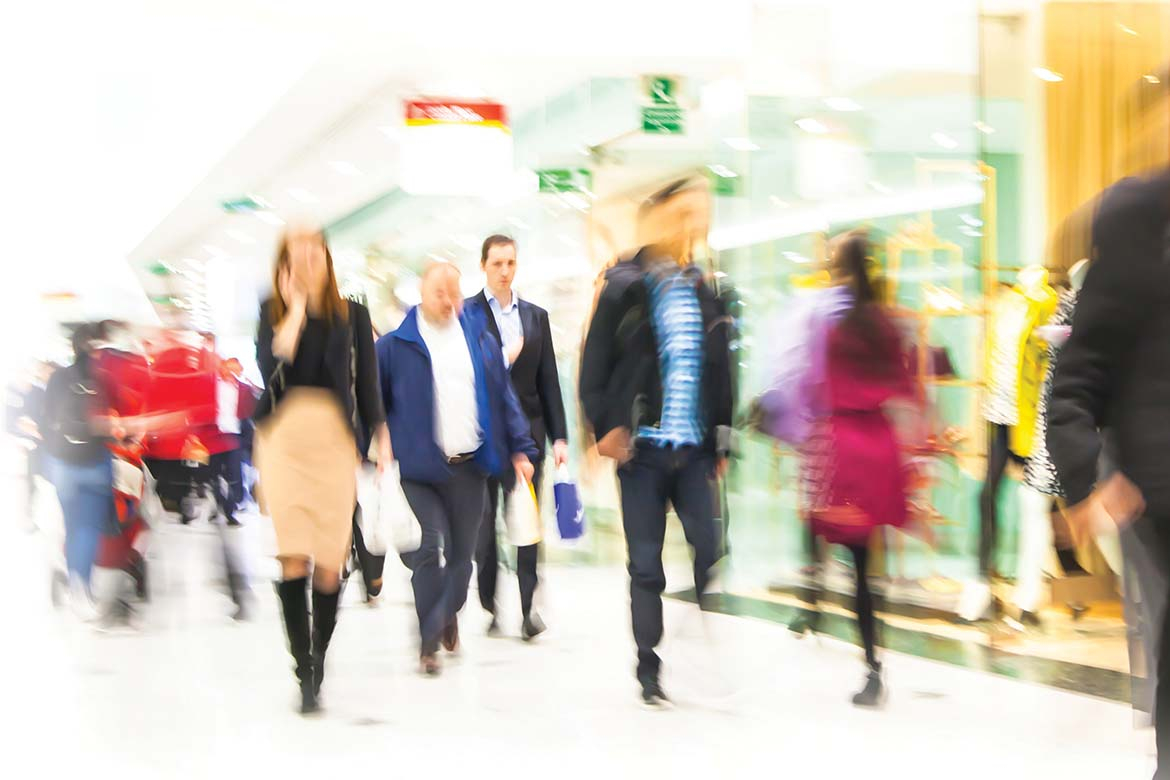 As the UK terror threat level remains at Severe, the owners and managers of large retail destinations must face up to the prospect that an attack could happen at any moment. If the retail sector is to be adequately prepared, collaboration and communication are crucial.

The retail sector cannot bury its head in the sand regarding terrorism. A major terror incident is likely to occur in the UK in the very near future and, alongside transport hubs, event venues and public spaces, large retail destinations are considered to be top of the list of potential targets.

The UK’s police and counter-terrorism forces are doing everything possible to prevent this from happening. The various initiatives led by the police and the National Counter Terrorism Security Office (NaCTSO) are staggering in their scale and complexity, and are doing a sterling job of keeping our nation’s people and places safe. However, as some of the more recent lone-actor attacks in the US and Europe have shown, there are some attacks that prior intelligence simply cannot predict.

We also cannot expect the police to put resources on the ground at every potential target purely as a precaution. There are thousands of locations across the UK that can be classified as high risk. With police resources already stretched, it simply isn’t possible to deploy additional forces without specific intelligence suggesting an imminent attack.

It is therefore beholden on everyone to do what they can to support police and security forces to help mitigate this threat. In high-risk environments such as retail centres, businesses and individuals need to be the eyes and ears of the security forces on the ground. This means acknowledging the threat we all face, understanding their own responsibilities and, most importantly, being willing and able to tackle this challenge with the appropriate preparation, planning and training.

The main security threat in the retail industry is to larger shopping centres and mixed-use destinations. The police are particularly concerned about the prospect of a military-style attack of the kind seen in Nairobi in 2013, when a number of al-Shabab terrorists opened fire on shoppers at the Westgate Shopping Centre, killing 67. The Paris attacks in November 2015 followed a similar modus operandi, with 130 people killed in a series of assaults on retail and leisure venues across the French capital, and served to underline the risk we face in popular public places.

From a security perceptive, the physical nature of the modern retail environment compounds the risks we face from this type of incident. Few modern shopping centres are built to the old, enclosed ‘arcade’ model, which had only a small number of entrances and exits and could be policed relatively easily. Most are now open-air and expansive, with numerous entrances and exits and a mix of indoor and outdoor environments. This diverse space is extremely hard to monitor without significant resource expenditure.

In most terror attacks like that carried out in Nairobi, the perpetrators have undergone an extensive period of intelligence gathering prior to carrying out the attack. Often this will take the form of a physical trip to the target in question, where key entrances and exit routes are marked and CCTV cameras and other security measures are identified. These ‘hostile reconnaissance’ missions offer a crucial opportunity to stop potential terror attacks. On a number of occasions our security teams have noticed people acting suspiciously – for example, taking photographs of security features within a shopping centre – and passed on the information to the police, resulting in an arrest.

The changing way in which customers use and experience retail destinations is making this process more challenging. The proliferation of non-shopping facilities and amenities, from gyms and cinemas to restaurants and nightclubs, has seen shopping centres evolving from ‘a place to buy things’ to leisure destinations in their own right. The sight of someone hanging around a shopping centre doing nothing is now commonplace – making it far harder to identify anyone whose intentions may not be innocent.

Some believe that advanced monitoring technology is the answer when it comes to tackling the terror threat, but in identifying perpetrators carrying out hostile reconnaissance its effectiveness is limited.

While there are now hundreds of CCTV cameras in place across large shopping centres and within individual stores, their primary use is to counter petty crime and ensure visitor safety, rather than to identify suspicious individuals. To keep track of a 1,000,000 sq ft shopping centre in real-time would require a huge team of security professionals dedicated solely to video monitoring, which is simply not possible.

Facial recognition technology has been touted as a potential solution. Indeed, if linked with counter-terrorism databases, a facial recognition system could identify anyone with connections to terror groups as soon as they enter a site and automatically alert the police and security forces. Such systems, however, are still in their relative infancy and remain prohibitively expensive – especially if used at every entrance of a large, sprawling shopping centre.

The other – and perhaps even more problematic – issue is the negative impact this technology would have on the customer experience. Facial recognition systems need to be approximately at eye level to work effectively, making the cameras extremely obvious to visitors. While people have acclimatised to the prevalent use of CCTV in public areas, being faced with an imposing camera system upon entering a shopping centre is considerably more intrusive and may impair visitors’ first impressions.

So if technology can’t provide the silver bullet solution and security forces do not have the resources to monitor every high-risk location, what can retail businesses do to tackle the threat of terrorism at their own sites?

First and foremost, they need to understand that in their workforce they have a huge pool of untapped resources which, in most cases, are not being utilised. From cleaners to maintenance operatives, shop managers to helpdesk assistants, every single person working in a retail environment can – with the right information, guidance and training – be a valuable weapon in the fight against terrorism.

In April 2004 the City of London Police and Metropolitan Police launched a counter-terrorism scheme called Project Griffin. Originally focusing on London’s financial sector, Project Griffin was about empowering the wider City of London community to help protect their buildings, business areas and neighbourhoods against the threat of terrorism – acting as an additional set of ‘eyes and ears’ for the police, while also being prepared to react in the case of an attack.

In the years since, Project Griffin has grown far beyond the City of London, extending to other police forces across the UK and to other countries around the world, including Australia, Singapore, South Africa and the United States. Now it is being taken one step further, in the form of a new Griffin-based ‘Industry Self Delivery’ initiative that aims to provide one million people working in crowded places, such as entertainment venues, retail centres and transport hubs,  with dedicated training to spot potential  terror threats.

At Interserve, we have been strong advocates of the Project Griffin programme for some time. At the retail sites that we support across the country, we now have cleaning and maintenance operatives who are being trained not just to identify potential threats, but to actively support security teams and police in the case of an attack. Under the new scheme, police are looking to partner with major organisations, especially those with large public-facing workforces, to provide employees with the training they need to be able to identify possible terror threats – and this is something that retailers should consider very carefully.

Historically, different parts of the retail industry have not been good at sharing information and best practice. There are areas where developers, centre managers, retailers and their partners have come together – Shopwatch, for example – to tackle a particular issue. But these pockets of best practice have unfortunately been few and far between.

There is a great deal of invaluable information in the public domain providing guidance on issues around terrorism. In 2013 the CPNI produced an excellent video – ‘Eyes Wide Open’. See video at www.youtube.com/watch?v=GTFNYtKf6m8 – providing guidance for security professionals working in crowded places or on UK national infrastructure on how to recognise suspicious behaviour more readily. While intended for security personnel, this is information that should be communicated to all staff working in high-risk environments – giving them the confidence and knowledge they need to take action if it is needed.

More recently, in December 2015, the National Police Chiefs’ Council (NPCC) launched an awareness campaign and accompanying video  advising people on how to evacuate a building, where to hide and what to tell the police in the event that they are caught up in a firearms attack. See video at www.gov.uk/government/publications/stay-safe-film. The key mantra of ‘Run, Hide, Tell’ is again something that should be clearly communicated to any member of staff working in high-risk environments like transport or retail.

The information and guidance is out there. What we need now is for all parts of the retail supply chain to come together and determine the best way to communicate this to their employees. This is something that Interserve is trying to facilitate by creating joint ‘security forums’ at the retail sites that we manage. It’s just a start, but hopefully it will lead to improved collaboration between all parties and greater awareness and understanding of this safety and business-critical issue.

We cannot rely solely on the police and counter-terrorism forces to negate the threat that terrorism poses to the retail industry. Nor can we simply leave this to security forces, whose teams cannot possibly hope to monitor every high-risk target 24/7. It is down to every single person working in this sector to keep their eyes wide open to possible threats.

Retailers and shopping centre owners and managers need to ensure this is seen as a business-critical part of their day-to-day operations. They need to communicate the right information to their employees in the right way and, where possible, provide dedicated training to personnel working at all levels of their business. The big question on companies’ minds will be that of cost – but through schemes like Project Griffin and the Industry Self Delivery initiative, there are ways of providing this training quickly and cost-effectively.

It only takes one person being alert and aware to stop an incident from occurring.

The sooner that everyone in the retail sector recognises the role we can all play in tackling this threat, the greater chance we have of keeping our businesses, our sites and our customers safe.