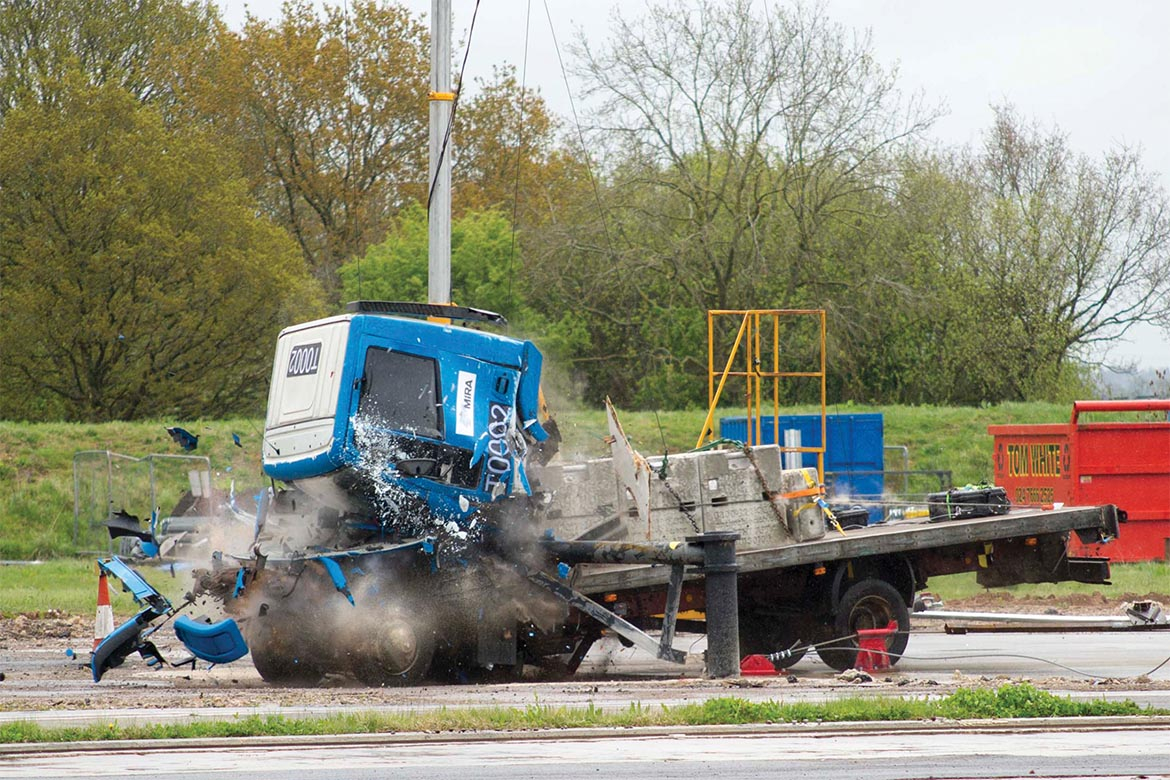 The current terrorism threat is constantly changing, meaning that vulnerable sites need to be constantly assessing the risk.

One method of terrorist activity is vehicle- borne attacks through suicide missions or ram-raiding. Site owners and operators need to protect their assets, including property and people, from such attacks with the appropriate protective security, including vehicle security barriers (VSB).

There are a range of standards that relate to the impact testing of barriers, which help identify the most suitable VSB for each individual site. The standards specify test criteria, including type of vehicle and speed that the VSB is capable of stopping and immobilising.

The Catalogue of Impact Tested Vehicle Security Barriers (CITVSB) contains the impact tested products the Centre for the Protection of National Infrastructure (CPNI) has tested through its research programme against the key standards.

From the beginning of 2014, the UK government’s elite VSB testing programme has impact tested products under International Workshop Assessment (IWA) 14. This replaced the British Standards Institution (BSI) Publicly Available Specification (PAS) 68; however, products tested under this specification have been given Grandfather rights and remain on the Catalogue of Impact Tested products.

BSI PAS 68 is the latest BSI’s latest Publicly Available Specification for vehicle security barriers. It has become the UK’s standard and the security industry’s benchmark for HVM (Hostile Vehicle Mitigation) equipment, and is the specification against which perimeter security equipment is tested as part of the ongoing research to prevent VBIED attacks. BSI PAS 69 complements this specification by providing guidance on the installation of the tested product.

If your site or organisation is at risk from VBIEDs, the National Counter Terrorism Security Office (NaCTSO) has published Security Advice, which can be found at www.frontierpitts.com/support-documentation/guidance-info/

Each police force across the UK has a number of Counter Terrorism Security Advisors (CTSAs) who are headed by the NaCTSO.

Additionally, the Centre for the Protection of National Infrastructure can offer further advice. Working alongside CPNI, the CTSAs can visit site to offer non-biased advice.