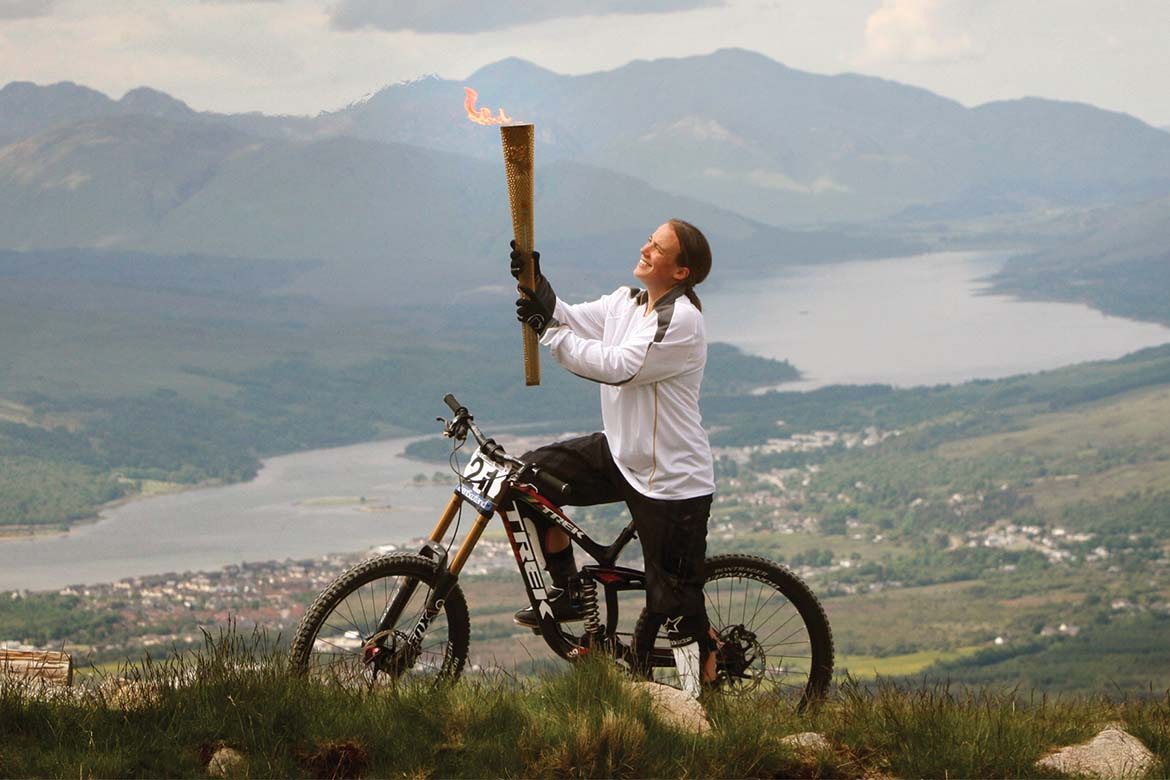 Protecting the Olympic flame on its tour of the UK

The Olympic Torch is currently on its 8,000-mile tour of the UK, visiting over 1,000 communities, villages, towns and cities. Each day it travels about 110 miles with about 110 Torchbearers taking part. Our front cover picture shows the Military Wives carrying the torch between Saltash and Plymouth, showing the joy and excitement the Torch is bringing.

As the host city police force, the Metropolitan Police provides the Torch Security Team, responsible for the Olympic and Paralympic Flames. The Team is formed of five groups with a total of 35 officers and they are responsible for not only maintaining security but, just as importantly, communicating with the public, torchbearers and spectators.

Selected from 650 applicants, the youngest is 22, and the oldest is 50; they trained for 18 months so that they can run up to 35 miles a day. In a recent article in the Daily Telegraph, the National Olympic Security Coordinator, Assistant Commissioner Chris Allison, said, “Our goal is to have as few officers out as we possibly can, because we want the focus to be on the torchbearer and people should allow that person their once-in-a-lifetime opportunity to run with the flame.”

Deborah Hale, Torch Relay Producer says of the team, “They have become something of a phenomenon in what is already a phenomenal Torch Relay.” Deborah explains that whatever the weather they protect the Torchbearer and ensure that the exchange, or ‘kiss’ as it has become known, is carried out properly. And at the end of each day, they are responsible for the transfer of the Flame back into the lantern and to keep it secure over-night. She continued, “The public has taken them to their hearts, as have we, and they are now receiving dozens of emails of support from their MPS colleagues every day.”

As the Olympic Torch has made its way around the country, the security has been organised in liaison with local police forces.

Assistant Chief Constable Paul Netherton, Devon and Cornwall Police, says, “I feel immensely proud of the amazing job carried out by our officers, PCSOs and staff. We have seen the Torch move safely through Devon and Cornwall and have made sure the public got a chance to enjoy the great spectacle.”

He added, “We have demonstrated to the world how good the British police are.”

Assistant Chief Constable Alistair Finlay of the Police Service of Northern Ireland said, “For our local communities and every Torchbearer the Relay represents a once-in-a-lifetime opportunity; it is our job to ensure they enjoy their moment in safety and security”.

His thoughts were echoed by Northumbria Police Assistant Chief Constable Steve Ashman, “Police have worked closely with a range of partners to ensure a safe and seamless passage of the Torch through our region and again local people have demonstrated their hospitality and enthusiasm in front of a world wide audience.”

Speaking as the Olympic Torch Relay departed Scotland, Assistant Chief Constable Fiona Taylor of Strathclyde Police, who was the Police Commander for the event throughout Scotland, said, “By any measure, the Olympic Torch Relay has been a resounding success. Hundreds of thousands of people, young and old, have come out to watch the event as it has worked its way through our towns, villages and cities. Spirits have been high and all of us have been left with incredible memories of an event which has really captured the imagination of the country.”