Explosive Detection Dogs: to act or not to act? 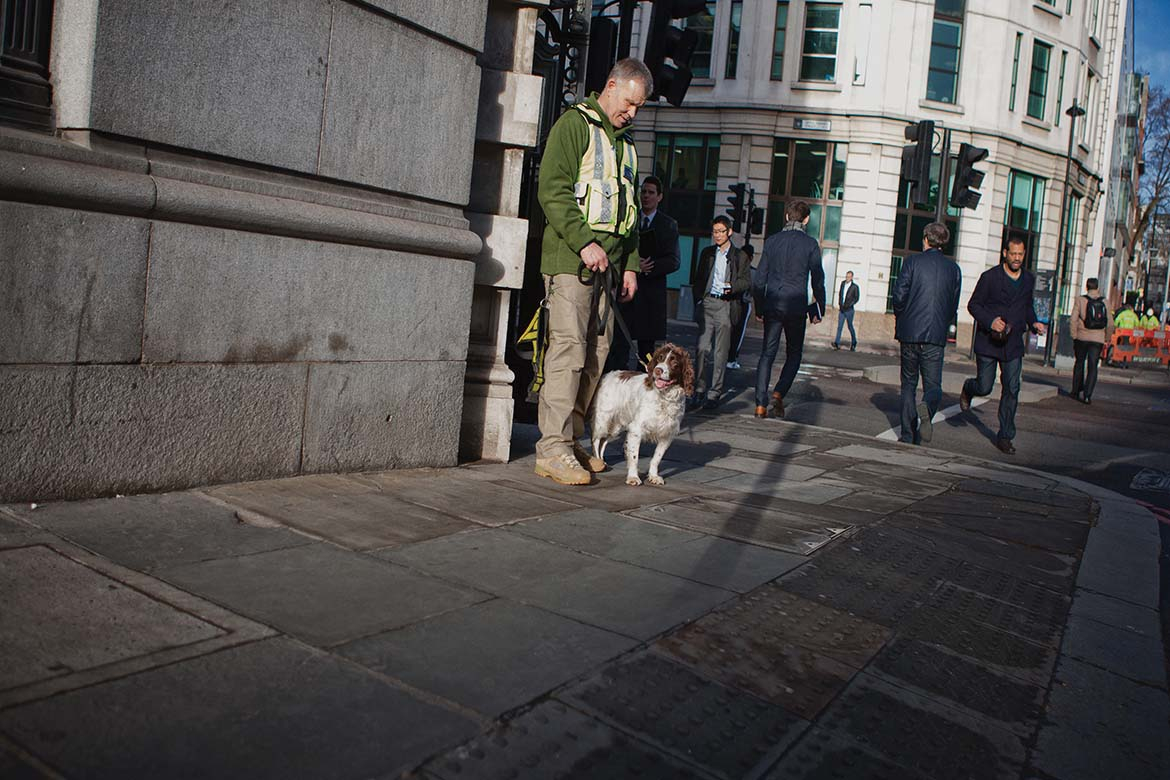 To act or not to act?

We are living in troubled times. Islamic state, by whatever name, is “reaching out” over increasing geographical territory and it’s not to have a chin wag and a cup of tea!

Budget cuts to law enforcement, reduction in services, a Border Force under pressure and an almost daily increase in the number of refugees entering Europe is placing pressure on our ability to protect what we value. The latest report from Europol, “Changes in modus operandi of Islamic State terrorist attacks”, dated 18th January 2016, together with regular pieces from papers such as The Telegraph are not to be ignored. This is a problem that affects our whole society, not just within the commercial world or infrastructure, but what do we do about it?

There are as many ways of looking at remedies as there are threats, so some thought must be applied. The cost of implementing measures versus the results of those measures would be a good start.

Think, if my area of responsibility is shut down due to a suspicious package or incident, what will the knock-on effects be? Trading floors closed? Retail outlets closed? Core business suspended?

At the front of your mind, and what drives the blue light response, will be the safety of your staff and any members of the public who may use your facilities, but what will the financial cost be? For a shopping centre, retailers could lose thousands in revenue. Trading floor closure could be far more damaging financially. Then, after possibly several hours, the blue light response teams declare the incident a false alarm, albeit reported with good intent.  Ouch!

One tool in the armoury of protective measures is the ability to have a suspect object, whether accidently discarded by the public/staff or delivered by courier, quickly checked by Explosive Detection Dogs (EDD).

Many users of this service take the view that the financial outlay is far outweighed by the ability to confirm if the reported threat needs to be escalated or not. If the threat has substance (an indication from the EDD), then action plans are put into motion. If not, then normality can resume with the minimum of disruption whilst having ensured that staff and public are protected fully within their corporate responsibilities.

EDD teams are used for mail and cargo screening, vehicle search, aircraft search, area search, goods-in screening and, under specifically controlled circumstances, the screening of people and hand-held belongings. Dependant on client requirements, they can be deployed in an overt posture (highly visible to reassure staff and the public that the client takes their safety and wellbeing seriously and to be seen during any hostile reconnaissance, resulting in the deflection of any attack) or covertly.

What is an Explosive Detection Dogs team?

So, what is an EDD team?  Most people think of “bomb” dogs as cute spaniels (“fluffies” as the Marines call them) or labradors, which to some extent is true, due to UK public perception of search dogs.

Explosive Detection Dogs undergo many hours of training with the handler resulting in the canine being able to indicate to the handler a variety of explosive scent “pictures”. Dogs should be able to indicate on amounts of substance as small as 1 gram or less to large amounts of 15 kilos or more. However, a fully trained EDD can only indicate if a scent is detectable to the dog.

Training is to ACPO (now known as NPCC) and DAC (Defence Animal Centre) standards via BS 7517-2: 2010 Code of practice for the use of detection dogs. BS 7517-2 is available for any client or potential client to read and allows potential users to understand the minimum requirements of an EDD team and ask the right questions when sourcing an EDD service. It also provides an end user the ability to comply with their audit requirements and due diligence needs.

Competent EDD service providers will be ISO inspected by one of the following: BSI, NSI, SSAIB, CCSA and ISOQAR. Continuation Training must be completed by a certified trainer at least monthly and recorded. An annual certification test must be completed and recorded. A competent service provider will provide training, continuation training and annual certification records together with insurance details, and should be pleased to allow any potential client or existing client to visit the kennels to complete due diligence checks. Some providers, via the local Police Force, will also arrange for a long-term client to have their own dedicated training aid store. A few providers will have handlers certified with two dogs, allowing more search or harness time per handler, thus reducing cost. It also provides comfort to the client in that if one dog becomes non-operational for any reason, the service can still be provided, albeit with one animal.

Now the question! To act or not to act? That is down to you and your employer, but be assured that a competent EDD team can be a valuable, flexible and cost-effective addition to your protection package.