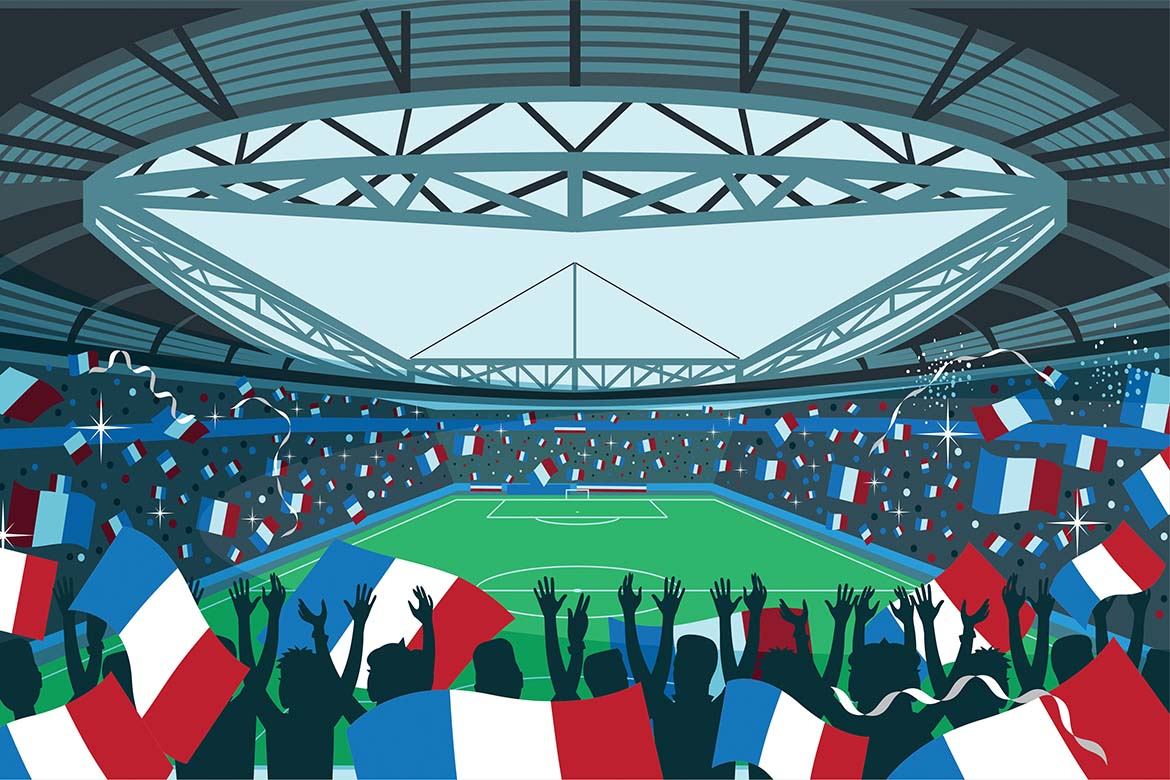 As France prepares for the Olympic Games in 2024, what security lessons have been learnt from Euro 2016?

Euro 2016 Security: The successful application of anticipation and coordination

Despite the state of emergency and tense atmosphere before Euro 2016, at its conclusion it was deemed a huge success, where people felt safe and the host country, France, demonstrated its knowledge and capacity for planning and implementing security, as well as providing a positive way forward for similar large-scale events.

In this article, Ziad Khoury, Head of Safety and Security – EURO 2016, reviews the security background, approach and lessons learned from the event, as France prepares to host the Olympic Games in 2024 and continues to experience a terrorist threat level.

Euro 2016 was unique in a number of ways: it had a World Cup format with twenty-four teams, instead of the usual sixteen, leading to fifty-one matches instead of thirty-one. There were 2.5 million spectators (2 out of 3 were visitors to France) and an average live audience of 130 million per match. There was a full month of competition with 110 official sites, plus 500 training locations (31 in public).

Fan Zones are now a substantial part of events of this nature and Euro 2016 had ten official Fan Zones (one in each host city) and many other public gatherings, including 673 public screenings. It was a new concept for France, with more people in Fan Zones (4 million) than the stadia.

Every Euro match is like a final. The layout of the stadium is changed with different accesses, flows and space allocations. The new layout is under the control of the organisers one month before the beginning of the tournament.

Media and social networks placed a permanent focus on the event, not just the matches but anything happening during this period. There was an average of 625 tweets per minute with the hashtag EURO 2016 during this month and 300 million visits to the Euro 2016 digital platforms during the tournament.

The event was taking place in France, with its easy access. It is a country with known political positions. And the tolerance threshold for incidents was low.

Of course, security was a priority, with the aim of achieving a dynamic balance between security and festivity.

The first challenge was to manage the relationship between public and private culture: the UEFA approach and regulations and the national laws and culture. Within this, security was the most volatile issue. The aim was to have one global security project and to convert concern into confidence.

The second challenge was less about the risks of Euro 2016 itself, more about the risks it could import as a worldwide and mass event. In normal circumstances, the event is already under a huge and continuous spotlight. In this case, it was under the highest terrorist threat level.

Thirdly, the challenge was to succeed in involving and combining exceptional private and public resources. There was huge pressure on the numbers of public and private security agents, since the existing numbers were not sufficient.

The security operation involved large numbers of personnel with 77,000 police officers and military personnel from the gendarmerie. Private security played an unprecedented role in order to supplement and optimise public security tasks. There were 70 contracts signed, based on a transparent selection process and qualitative criteria, with almost 100,000 uses of agents for official site security (from a screened and accredited pool of 13,000 professionals). There were 925 stewards as an average for each match, 1 for 70 spectators.

Bringing all of these resources together to meet the complex set of requirements and challenges required significant consultation and coordination between the organisers and public authorities. They signed a detailed Memorandum of Understanding on security. Several working groups were established, covering all the issues, such as cyber security, CBRN and police screening.

European cooperation was an important aspect with a delegation of six police officers and spotters from each qualified country, as well as Europol and Interpol staff, and a police cooperation centre was created.

The security model implemented was a mix between human and technical systems, including Access Control systems, CCTV, anti-drone systems and private dog units. Technology was also used for live reporting and social network monitoring: one report per day and specific alerts.

On match days, each stadium had a traffic perimeter with temporary traffic restrictions. Additionally, the stadium had a double security perimeter: Outer and Inner. The Outer Security Perimeter was marked with a fence around the venue. There was a chemical and visual check of tickets and electronic check of accreditations, as well as body and bag checks (no metal detectors for public entrances but for specific ones like media or VIP entrances). The Inner Security Perimeter was the existing regular stadium perimeter fence where there was a second check of tickets using electronic turnstiles.

The security provided at each hotel included surveillance of the inner areas and the surrounding area of the hotel with an average fifteen private security agents during the day and ten at night for each hotel. There were systematic bomb sweeps by the police. Access control was provided by private security at entrances to main facilities, parking areas, team floors and function rooms, plus permanent surveillance by police around the hotel. The surveillance team was at base camp even when the team was not there.

There was enhanced security at Fan Zones following interior ministry instructions. This included creating a closed area, body checks and CCTV. This evolved towards the stadia security approach.

Euro 16 was a sporting success. All tickets were sold, with spectators coming from 200 countries. There was a very high TV audience in the 170 countries where it was broadcast – 8 billion in total. The atmosphere around the tournament was friendly.

The largest-scale security planning for an event in France was a success too, with:

Terrorism and cyber crime are the two threats which will weigh in on any major international event in the foreseeable future. Shared intelligence on these, including at the international level, and the relevant risk analysis is the basis of success. Consider the following lessons learned from Euro 2016:

(ten people in the case of Euro 2016) while the operational teams on the ground should not be undersized. The quality of the logistics should not be neglected, in particular fences and signage.

We must provide a high level of security at major events, with a common strategy agreed between all stakeholders, tight cooperation between organisers and public authorities and a shared and dynamic risk analysis. We must be able to respond quickly to unforeseen situations and provide enhanced qualitative and quantitative security without being obliged to fundamentally change the security model established.

The main lesson is that we can no longer afford a cheap approach to security or consider it as a constraint: it is an asset that everyone should feel responsible for. Good security is not an option, but a requirement which has a cost for both the public and private sector.

Head of safety and security Euro 2016