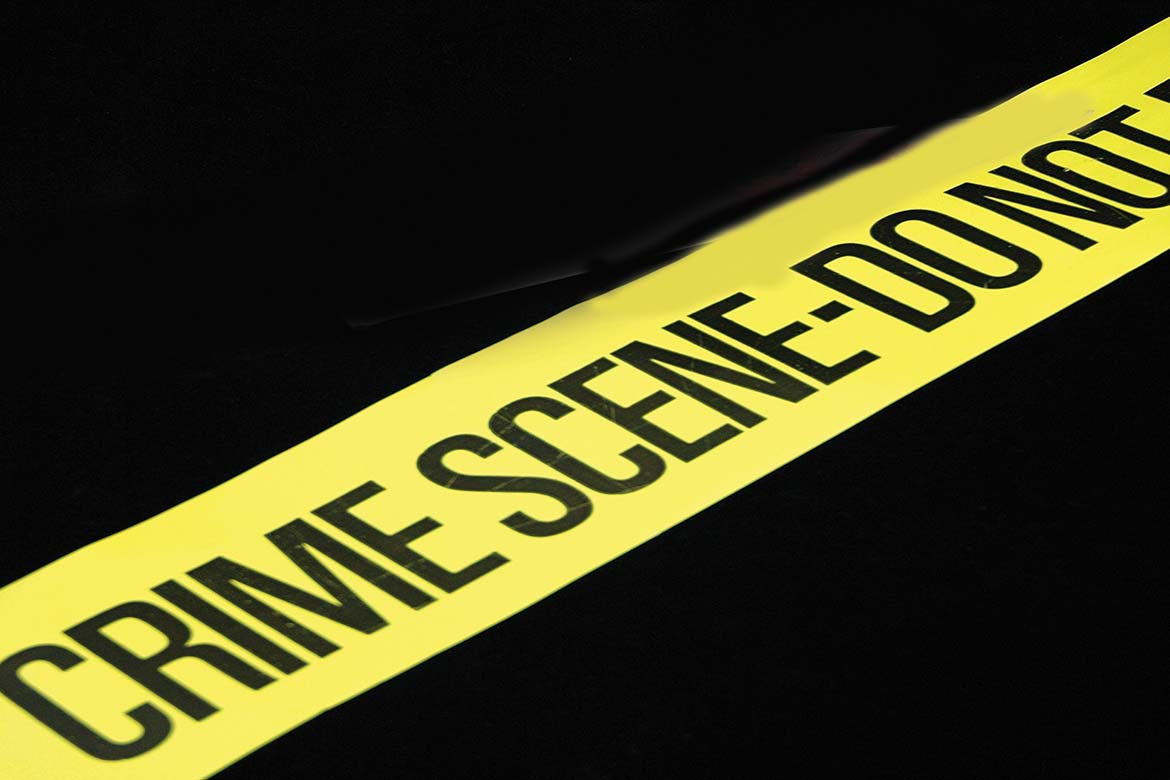 What would you do to protect evidence if some form of direct action or crime is committed against your company or business?

This could be violence against your staff or damage to your property. Your response could impact on the police investigation, your reputation and, ultimately, the profitability of your business.

Consider the following scenario – your company has been in the news recently and attracted a small number of vociferous, but peaceful protestors. The police monitor the protest, checking on numbers and behaviour. The protestors generally leave after a couple of hours each day.

Suddenly, you hear a thud and the sounds of breaking glass and a muffled cheer. The front of your premises is now covered in red paint that is running down the glass. It has not broken, but several fissures or cracks have appeared.

A media photographer is taking pictures, as are several people with their phones. The remains of a bottle are on the pavement outside your entrance. A member of staff is phoning the maintenance department asking for a cleaner to report to the reception.

Another is requesting police attendance.

The first principle in any incident management is to protect or save life. In this scenario, there are no casualties or risk of injury to employees or the public, except perhaps for the broken glass on the pavement. If you need to give first aid, remember to tell the investigators what you did and what, if anything, you moved or brought into the ‘crime scene’.

Next, take steps to preserve the ‘crime scene’ or evidence for the police investigation. This means cordon off anything that may potentially be relevant – be it a phone box, an office door or letter, anything an offender may have touched. In this scenario, the broken glass on the pavement was handled by the person that threw it and the red paint on the frontage. The basic principle to consider when assessing what to do is “every contact leaves a trace”. Specks of blood, fibres or fingerprints can become key witnesses against the criminal.

Can you cordon off the area outside to protect the evidence, stopping staff walking through the scene or cleaning up the debris whilst you wait for the police? This action will help to prevent extra material being added to property at scene (for example, mud on shoes, items being dropped). When the police arrive, they will consider cordoning off the immediate scene with tape.

A police crime scene investigator will deal with the physical evidence, i.e. broken bottles in this scenario, but it can include items such as a knife, cigarette packet or bullet casings. Preferably they will be photographed in situ. They are then logged, packaged and labelled before being sent for forensic examination at the laboratory.

This type of evidence is also very easily destroyed or damaged. If it is raining, preserve any physical evidence, i.e. the broken glass outside, for fingerprint examination by picking it up by the edges, bringing it inside and propping it up against an internal wall. But, do not stand it against a radiator or air vent as this will also destroy any fingerprints.

If there are any footprints, preserve these by covering them with a box or other waterproof item. If any other items have been discarded that may belong to the offender, for example, paint cans, cigarettes, tools, clothing or gloves etc. protect these items in a similar manner. Importantly, try not touch anything the offender has touched as you may damage vital evidence.

It will greatly assist the police if you can identify witnesses and obtain an account of what happened and descriptions of whom and what they saw. Were there any vehicles involved or did one drive away from the scene very quickly? It will assist the police investigation if you take details of any vehicles that may have been involved and, importantly, who saw the vehicle.

Closed circuit television (CCTV) is another consideration. It can provide compelling evidence. It is primarily used for corroborating what is already known or suspected; it is also a powerful tool for triggering further investigative opportunities. In the scenario above, if you have the capability, consider scanning and recording the crowd at scene, as suspects may be present before the action took place.

Finally, if you are faced with this type of attack on your premises, I always advise a calm, firm but friendly approach. The aftermath is often being recorded, sometimes live for 24-hour news programmes.  Companies can be impacted by the first interaction. Do not provide them with additional publicity by your actions, however aggrieved you and the employees may feel.

Roger retired from the Metropolitan Police Service, having successfully completed a 34-year career, in 2012. He has a unique background in operational command, having been pivotal in all major events in London for over 14 years. Roger is now working as an Advisor, Trainer or Consultant in a number of areas, including a number of crisis management and security projects with the public and private sector.