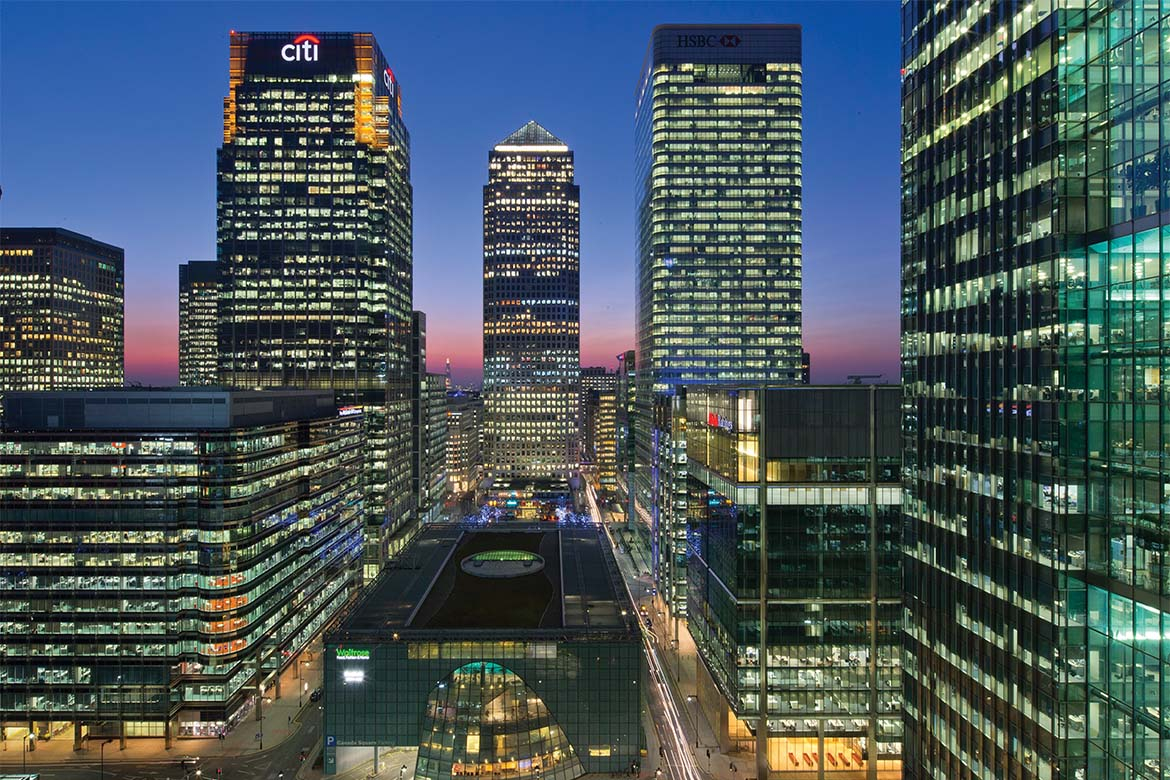 There is no doubt that the Syria conflict, the ISIL campaign and the long expected increase in threat level to ‘severe’ on 29th August 2014 is a game changer for security organisations.

The complexities of providing security to almost one hundred acres of publicly accessible private estate dictate that our operation is constantly evolving. Canary Wharf is now not only a commercial centre but a destination for events, socialising and shopping. There are over 120,000 people working at or visiting the estate every day.

The events of this year, combined with expansion plans which will see new construction through until 2023, have given us renewed impetus to fundamentally review our processes.

One major consideration, when responding to the threat level increase, was the sustainability of the security operation. The prospect of dramatic change was initially tempting and would certainly have been attractive to our customers. This, however, would have been problematic to manage, led to increased costs and been debilitating to our staff, all factors which would be negative in the long term.

It is likely that the current operating environment will become the new normality. The best estimate is that the ‘severe’ threat level will continue for months, if not years, as it was for much of the first decade of the twenty-first century.

An essential part of the review was a careful assessment of the strategic threat to Canary Wharf. As an iconic site incorporating crowded places and British/US financial interests, we always have mitigated against the AQ inspired threat of a ‘spectacular’. To this end we have almost five hundred in-house and contract security staff incorporating uniform, plain clothes, maritime patrols and explosive detection dogs. This is supported by a sophisticated CCTV system, a state of the art control room and other measures such as rising barriers designed to defeat large vehicle attacks.

The additional threat we are now facing is that of potential ‘low tech’ attacks. We know that much of the ISIL-inspired propaganda encourages followers to commit attacks in public places using whatever weapon they can lay their hands on, including vehicles, knives, axes and small calibre weapons. One video clip actually mentions a well-known DIY store as a suitable place to buy bladed weapons with which to commit an attack.

The would-be attackers are encouraged to film these attacks and, as a departure from the AQ-inspired terrorist methods, to escape the scene in order to commit further crimes at a later stage.

It is not lost on us that the ‘lower tech’ the plan, the less chance of the suspects involving others, communicating or researching methods. Consequently this makes it infinitely more challenging for the law enforcement agencies to detect or disrupt a plot.

Much of our response has revolved around reinforcing the basics; we have refreshed and refocused our tactics at the Vehicle Access Check Points. This has led to an increase of 25% in the number of vehicles manually searched, without any associated increase in complaints or congestion. We have introduced an exercise programme for building ‘lock-downs’. This is often now tested on multiple occasions every week with individual staff assessed on their knowledge and response. This has been supported with an improvement plan in technical measures, working towards locks being activated from a central point.

Our Estate Control Centre staff are regularly tested with ‘track and monitor’ exercises, designed to improve the communication and response to a spontaneous roving threat. Every report by our staff of suspected hostile reconnaissance is subject to scrutiny at Director Level, careful assessment by our Intelligence section and a rationale as to whether to progress.

On two recent occasions we have made the decision to progress to the police. We are keenly aware that there are probably multiple reports being received every day and go to great efforts to supply a complete package comprising quality CCTV, factual report, intelligence assessment and other supporting material. On these occasions we have received a prompt and thorough response from the Metropolitan Police.

We have stepped up and refreshed our covert testing programme, focussing it towards hostile reconnaissance. We employ a team to test our staff by engaging in suspicious photography, probing the vehicle barriers and placing suspicious packages. Each test is conducted in carefully controlled circumstances and is used as a positive learning opportunity rather than as a platform for criticism.  We are now conducting these on multiple occasions every week. This, in turn, has informed our staff training programme, delivered on frequent training days.

With around 80,000 people using the Jubilee Line and the Docklands Light Railway to access the estate this is clearly an area for security attention. We have increased the presence of uniformed staff, plain clothes security officers and explosive detection dogs in these areas in the morning and evening rush hours.

One of the key areas critical to the success of the operation is first line supervision. To this end we have increased the supervision ratios and fundamentally changed the promotion process. This now features an evidenced application, a practical leadership exercise, a staff issue role play and a structured interview. A recent process has selected ten excellent candidates from forty six original applicants. This has paid dividends by enforcing strong leadership at ground level, with a prompt response to every incident.

A key challenge for us to solve was that of information flow; this was further reinforced by the requirement to rapidly disseminate information in the event of an attack elsewhere in the London area.

We are now in the process of installing tablet devices in our vehicle checkpoints, canteens, briefing rooms and offices which will give fast-time updates from our control centre.

The final challenge as part of the review was the realisation that, as we become more proactive, ‘if you go hunting for tigers you may find some’. As a private security organisation we are clearly not equipped or trained to confront an attack. We have met and briefed the local Borough Police and the Metropolitan Police Specialist Firearms Command. The support received from both has been exceptional and demonstrated a good understanding of our operation. The patrol frequency has increased considerably along with other projects such as the provision of Canary Wharf radios to the Police to improve the speed of communication.

We are not complacent about the future and there remains work to be done. The predictions are that there will be over 200,000 people using the estate within the next ten years, equating the challenge with that of policing a small city.

Challenges for the future include updating our communication systems, upscaling the control room to cope with the increased volume and the construction of residential developments, meaning that considerable numbers of residents will be within the estate boundaries.

The quality of our staff, technical measures, recruitment and professional development dictate that we are well placed to achieve this.