Bomb blast protection from an IED 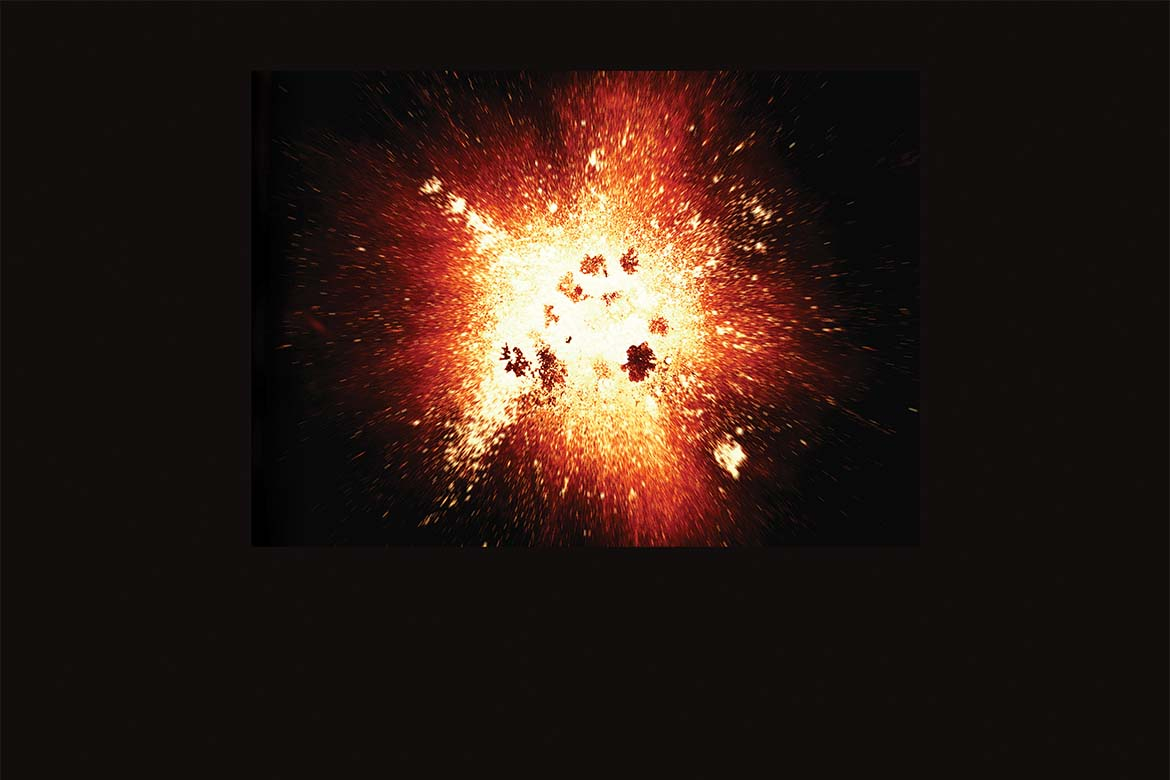 The effects of blast from a bomb containing high explosive can be devastating both in terms of damage to structures and injuries to human beings.

I say ‘can’ because it is not true in every case despite what we see regularly in films and on the TV. It all depends on the type of explosive, its weight (quantity) and its location.  Additionally, in terms of the location it depends on the distance away it is, the immediate environment and the angle of incidence.

An explosion produces several effects on its surroundings. These are primarily in the form of a shock wave composed of a high pressure shock front (fast moving pressure discontinuity in the atmosphere) which expands outward from the centre of the detonation, with the pressure intensity decaying rapidly with distance. As the wave front hits an object (structure or human body), this pressure exerts a load on that object. This violent release of energy from the exploding substance is characterised by an almost instantaneous rise from the ambient pressure to a Peak Incident Pressure.  Incident pressure is the pressure on a surface parallel to the direction of the blast wave. This pressure increase (shock front) travels radially from the burst point with a diminishing velocity which is always in excess of the speed of sound in the gas. Gas molecules making up the front move at slightly lower velocities and cause the ‘winds’ produced by the shock fronts. As the shock front expands, the peak pressure at the front decreases and the duration of the pressure increases.

So to put it simply, what you have is an initial short sharp punch followed by a less strong but longer push. A typical duration of an IED (Improvised Explosive Device) is in tens of milliseconds. Even a large vehicle borne IED (LVBIED) of say 500kg TNT equivalent has only a duration of 20msec at 20m. A lot of structures, materials and the human body can sustain a short sharp punch as they have the ability to move with the punch rather than be rigid or brittle.

Glass is, surprisingly, actually not too bad if the punch is only a few milliseconds long.  However, the more damaging effect is the push. This is called the impulse and is more difficult to protect against.

The best protection against blast is of course prevention, i.e. stop the explosion occurring at all by good security measures. The problem here is that we all want to live in a relaxed atmosphere with freedom of movement and social integration. Effective security measures are not complementary to this so we have to achieve a balance, e.g. increased security at higher risk situations such as air travel, gatherings of large numbers of people and VIP events, but little or no intrusive security elsewhere. This means we have to adopt physical methods of blast protection in this latter situation – even in the former as well if we are not totally confident in the security measures.

The word ‘energy’ was used to describe the result of a substance exploding. This cannot be wholly protected against, a better word is mitigate, i.e. manage that energy so that it is not so destructive. Energy can be dissipated over distance and time and it can be used up by making it work. In many circumstances, particularly in  cities, increasing the stand-off (distance) is not practical so channelling or diverting the blast wave may be a better option. If this is combined with using up some of that energy by causing destruction of a sacrificial element e.g. a blast wall, then the principal element may be better protected.

Most commercial and government buildings in modern cities are built using framed structures, reinforced concrete or steel. These, because of their dynamic movement, are more resilient to blast. However, it is the enclosure that now becomes more vulnerable. The use of glass both as windows and curtain walling is widespread. Annealed or float glass easily fragments into lethal shards; toughened or heat-tempered glass has certainly more resilience, but that too will fragment into small ‘diced’ pieces if the impulse is sufficiently high.  Laminated glass with its single or multiple polyvinyl-butyral (pvb) interlayer performs much better as the pvb allows some movement and, although it may fail, does not fragment. Equally, it provides further protection from cased element (primary) fragmentation of the bomb itself.

A vehicle bomb or suicide bomb with ball bearings will disperse ‘bullets’ in all directions.  Statistics show that there are more deaths and injuries due to fragmentation in a bomb explosion than anything else. Both annealed and toughened glass can be improved considerably by the application of anti-shatter film retrospectively.

The use of the IED is a worldwide problem as it has more impact than most other terrorist/criminal activity – the visual signs remain sufficiently long enough for the media to obtain graphic pictures. Providing better blast and fragmentation protection may help to reduce this threat.

John Wyatt MBE spent nearly 25 years in the Army, mainly as a Bomb Disposal Officer. After a short stint with the Security Services, he formed his own company and took a PhD in explosive engineering. He was the UN’s blast consultant for the EMEA region and carried out many prestigious projects in the UK and elsewhere in the world including the Crown Jewels, the Shard, British Museum, and assassination enquiries in the Lebanon, Sri Lanka and the Moscow apartment bombings. His book ‘Exploding the Myth’ describes some of these in more detail.