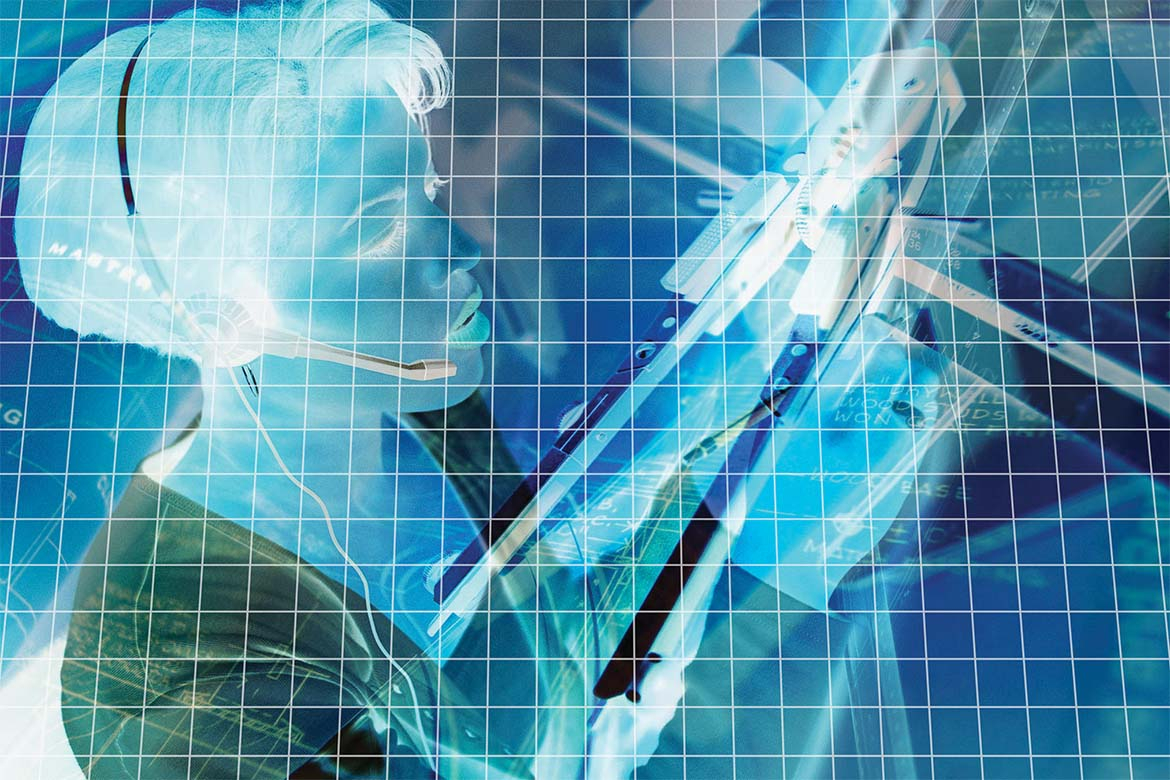 Although it has been considered a predominantly male preserve, the security industry is beginning to witness more women joining it to take advantage of the career opportunities it offers.

Breda Smead, Regional Director of Corps Security, draws on her own experience to examine the growing diversity in the sector and identify the types of roles that females are now successfully undertaking.

According to the government’s Directgov website, the security industry currently employs around half a million people in the UK. What it doesn’t do is indicate how many of these are women; however, anecdotal estimates suggest that they account for around only two to three per cent of the total workforce, a figure that is slowly beginning to rise.

Ask Joe or Josephine Public to profile a typical security officer, the chances are that the first word mentioned will be ‘male’. They are also likely to think that they have a background in the military or police force and possess a decidedly macho personality.

While this is a stereotype that has proven very difficult for the industry to shake off, the reality is that the modern security sector comprises people from a variety of ethnic, racial, religious, and gender backgrounds. While it is a fact that men represent the vast majority of those working in it, more and more women are gravitating to the field, attracted to the sense of responsibility, fulfilment and achievement that protecting people and property can offer.

Security is one of the fastest growing sectors and offers flexibility, variety and a level of career progression that few others can boast. Many of today’s security companies are dedicated to providing training, qualifications and a clearly defined career path that are designed to appeal to a wide range of individuals. Positions include ‘front line’ security officer based roles such as door supervisors, commissionaires and security guards. However, a variety of middle and senior management positions also exist, for example, duty managers, contracts managers, regional operation managers and regional directors – and this is where women are starting to make significant inroads.

The common misconceptions about security have undoubtedly deterred some women from even considering it, perhaps fearing that they will not be treated equally. However, while an element of discrimination existed in the past, great strides have been made to drive this out of the industry – with excellent results.

Nowadays, tightly enforced employment laws give women workers the same rights as men and the companies and individuals operating in this sector have had to become a lot more professional. As a result of the Private Security Industry Act 2001 individuals have to be licensed – a situation that has improved the image of security in areas such as door supervision.

While there’s still more to be done, it’s important to stress that the issue of achieving greater gender diversity is shared by many other industries, even at the highest levels of management.

This is highlighted by the latest Cranfield Report, which found that the number of women on the top boards of FTSE 100 companies stands at just 15.6 per cent. The report gives a six monthly update on how UK companies are performing against the targets set by Lord Davies in his review and recommendations in February 2011. He recommended that the proportion of women on FTSE 100 companies’ top boards be increased to a minimum of 25 per cent by 2015.

There’s little point in pretending otherwise – security is not a glamour profession. Combined with the inherent risks involved with this type of work, it requires tenacity, determination and the ability to stand one’s ground in some challenging situations. When it comes to the front line role of a security officer, those who are not prepared to roll their sleeves up, put up with long anti-social hours – including working at weekends – and travel to and from work at odd hours of the night will soon realise that it’s not for them.

For some people though, it is these challenges and the opportunity to do something outside the norm that attracts them to security in the first instance. Interestingly, Corps Security has found that the numbers of women applying for these types of roles have actually grown in recent years. However, it seems that although the nature of the work itself is not off-putting, it is the fact that much of it takes place outside the 9-5 parameter that makes retaining female staff so difficult. This is particularly evident in women who have young families and find arranging childcare a problem.

Put simply, if security companies were able to offer regular hours then they would be much closer to having a balanced workforce than at present. Unfortunately, anti-social hours are an inherent part of the job and this aspect of it is unlikely to ever change – that is unless companies are prepared to look at how they can provide more flexible working hours, by modifying shift patterns for example, by utilising shorter shifts with more family friendly start and finish times. While this would increase headcount and some employment costs, there could be an advantage of having more staff to cover sickness, holidays and peak periods.

Women that stay in the industry and make it their career are increasingly seen as valuable business assets to their employers. Customers can see the benefits of a more gender balanced workforce and in some instances there are specific places where only women are required to work. For example, if a search is required to be conducted it has to a same sex search, thus it has to be a woman to search a woman.

In order to ‘fit in’ to the male dominated culture, some women adopt male characteristics in their approach to management – however, this rarely brings them the success, or the respect, that they hope it will. By demonstrating knowledge, expertise and credibility – regardless of whether you are male or female, young or old, minority or majority – those around you respond favourably.

Ultimately, it is how a woman handles herself and the image that she projects that determines how she is perceived in the workplace. While courage and determination to succeed are necessary qualities for both males and females, women bring different skills, ideas, perspectives and approaches to the role and can add a new dynamic.

Since 1990, Peter Salovey and John D Mayer have been the leading researchers on the subject of emotional intelligence. They define it as the subset of social intelligence that involves the ability to monitor one’s own and others’ feelings and emotions, to discriminate among them and to use this information to guide one’s thinking and actions.

While many men have excellent levels of emotional intelligence, women are especially good at being able to identify, assess and control situations. A more intuitive approach, such as being alert to body language, is often a more accurate indicator of someone’s reaction to what is being said or done. Therefore, knowing how to respond to this is crucial and perhaps one of the reasons why women are particularly good at diffusing potentially volatile situations.

While female security officers are still something of a rare breed, women are slowly becoming more prevalent in middle and senior management positions.

Duty managers and contract managers need to have great interpersonal skills, the ability to organise front line officers and deal with personnel issues in a calm and methodical manner. This is perhaps why so many women have gravitated towards these roles having previously worked in areas such as sales, service sectors and human resources. At Corps Security we have several female contract managers based in London who followed this route.

In a management role, many of the skills needed to be successful are just as prevalent in both sexes. As well as those previously mentioned, patience and a good sense of humour will also help managers to get the best from their officers, but to be really successful in the security sector a 24/7 commitment must be embraced. Anyone signing up for a career in security management must accept that they will never really be off the clock. You need to be able to keep in touch so that when necessary, you have the information and resources available to deal with a situation.

Despite the positive messages about women entering the industry the figures speak for themselves and clearly more must be done to engage and attract talent to the sector. This must be a collaborative effort that includes trade associations, employers and careers advisors. By promoting it as a vibrant, forward thinking sector that offers the chance to progress and have real responsibility, it will begin to appeal to a much wider demographic.

Perhaps if security firms could offer apprenticeships to females at a junior level these development programmes could lead to a career progression. It will be evolutionary rather than revolutionary but we must be looking to have more middle and senior managers who are women because they can bring different skillsets to a role, for instance they are likely to have good interpersonal and relationship skills.

They must, however, also have the right attributes – we can’t undermine the role by introducing ideas such as positive discrimination, as it simply won’t work. It must come down to the capability of the person, irrespective of gender.

Women are still very much the minority in the security sector and in reality they probably will be for the next few years. However, those who currently have careers in this industry know that it is a stimulating and exciting place to be and possesses the kind of variety that is hard to find elsewhere. Ultimately, success in this sector doesn’t come down to being male or female, it is about being good at what you do and working to build the respect and confidence of people all around you.