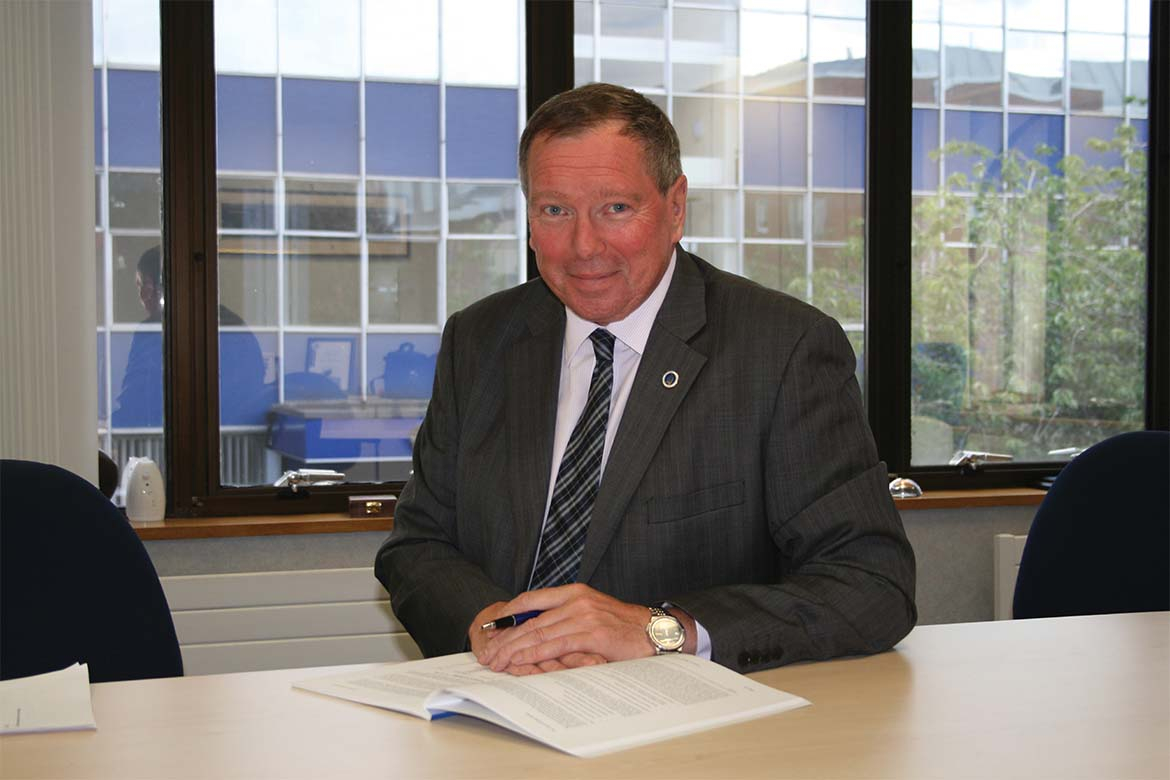 An interview with Jeff Little, OBE, in his former role as Chief Executive of National Security Inspectorate (NSI)

In summer 2012, Eugene O’Mahony and Andrea Berkoff from City Security magazine met Jeff Little OBE, Chief Executive of the NSI for his views on the challenges and opportunities currently facing the world of security.

We started by asking about the current economic climate. Jeff believes it represents the most serious challenge to the security industry, while, at the same time, providing some excellent opportunities.

His view is that those companies that are prepared to be creative and agile will keep pace, survive and prosper. We explored what this means in practice.

A significant advantage is that the British security industry continues to be considered top-class around the world. Its excellent reputation will be show-cased in London 2012, “the numbers of security officers have increased from 8,000 to more than 20,000 – all needing to be vetted, trained and equipped – a tremendous challenge for the industry”.

As is becoming clear, the austerity measures can provide some serious opportunities, not least from the public sector organisations that are looking to contract out security services – including the Ministry of Defence and UK police forces. “Lincolnshire is the latest force to do this – ostensibly with back office functions – but who knows where this could lead? The West Midlands and Surrey police forces have ambitious plans in this area.” The outsourcing of policing functions “represents a significant change in policy and a reflection of just how far the private security industry has come”. Jeff had some thoughts on how far this may go, including the possibility of running “Operations Rooms, Custody Suites, Investigations and maybe the first armed contract security guard in the next 10 –15 years”.

Naturally, export opportunities are another key area for security organisations. “The Department for Business, Innovation and Skills (BIS) offers some terrific services”. In particular, Jeff recommends looking at “developing countries – India, Brazil, China and those hosting major sporting events, such as the World Cup. If they don’t have well-developed security infrastructures – there are real opportunities.”

As well as the challenges austerity brings, a key current risk is Cyber crime and in Jeff’s view, “the sheer volume is growing disproportionately” and there are acute areas of risk such as “power grids, command and control capabilities, air traffic control, electricity control sub stations – the threat is not really getting through to people”.

However, Jeff believes the security industry is well placed to face these challenges and opportunities. In particular, he salutes the progress of the SIA in contributing to improvements to the image issues of the industry. Additionally, great advances have been made in terms of the licensing of individuals. “The Compulsory Business Licensing that we believe will be coming next, will be the next step in giving increased confidence in this industry”.

Improvements to CCTV and wireless technology

Another great step forward is the improvement to the perceptions and quality of CCTV. “Last year CCTV came of age, as a result of riots the public perception moved away from seeing it as an intrusive watchful system to being supportive of it. And the quality of high definition images is a major step forward.”

Jeff also predicts that the balance between security guarding and systems will become increasingly blurred. “With better quality CCTV, IP and wireless technology, it is already possible to supplement guards with remote capability.” Linked to this shift from presence to response capability, Jeff sees the integration of capabilities – environment control, fire, access control, IT security – as part of the future. Not everyone will go down the route of fully integrating security with facilities management – but most organisations will bring these functions closer, often via partnership relationships. There will be instances in the future of “a large office block where a single building control centre may monitor access control, CCTV, fire, environmental, even IT Security, leading to the need for multi-skilling and response training of a high order”.

Jeff notes that growing numbers of Fire and Rescue Services are not turning out for automatic alarms, without secondary confirmation. Essex Fire and Rescue Service, for example, has indicated that 92% of the automatic alarms it responds to are false. So Jeff’s final prediction is perhaps more fanciful. “Do we go back to the very origins of security – have the Watch, who watch out for fire and robbers – perhaps we will go back to that concept, with a technological spin.”

The future for NSI

A key area for NSI in the future is vetting procedures. Jeff is certain that there is room for improvement in this important activity. Getting the right information from the prospective employee is crucial. Too often gaps in employment history are not fully explained but Jeff believes this can be resolved by “getting the applicant on your side, making the application form as user-friendly as possible and making it easier for applicants to be specific.” Also organisations should remember that what goes around comes around. “This is an industry with regular turnover of staff, so if everyone adopts a positive attitude, we all win.” He believes training is crucial and, where necessary, use should be made of professional vetting service companies.

The year ahead is one of change for NSI, with streamlining of processes, extending the range of audit products, refreshing training and restructuring the management team all forming part of Jeff’s programme of action for 2012. There will be many announcements over the next few months – watch this space.