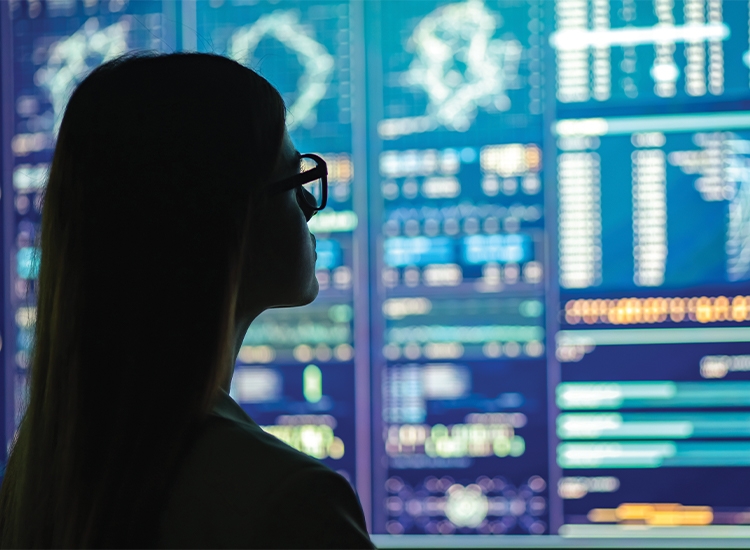 The annual security sector salary survey for 2021 highlights the impact of the pandemic on salaries and benefits plus the changing ways companies are assessed by investors and employees and other influences on the workplace, such as cyber security and GDPR. The danger for security professionals is that they are revaluated without appreciation

The average UK wage inflation will be 1.5%, with management increases of up to 3%. However, 38% of respondents reported that they had received no increase in their basic salary, in contrast to 2019 when only 2% reported no remuneration increase.

This year’s salary negotiations see a near perfect storm for many workers with three factors in play: inflation, economic growth and unemployment. Real wage erosion is limited due to low inflation, most companies are not forecasting extensive expansion and we have yet to see what happens as furlough schemes wind down.

The job hotspots are in the sectors with interactive technology platforms, which will continue until the latter stages of 2022.

More than 1.3m people not born in the UK left in the last 12 months and of those, 700,000 left Greater London. This will be the time for employers to invest in infrastructure and people as they wean themselves off the cheap labour that the EU has afforded the UK for generations. Companies can now look at alternative markets, and we have increasing enquiries in recruiting skills from Australia, NZ and South Africa.

Whilst at the early stages in trade negotiations, access to India’s skilled engineers will be a boost for many UK companies.

Investors in western markets are using ESG rankings for companies to better inform them on the direction of a business for its employees, suppliers and other stakeholders. While not yet fully understood by the high street consumer, the pandemic has sharpened thinking towards climate change and communities where our actions could adversely affect them. Employers will need to attract that future workforce by showing how compelling their ESG offering is. This was the direction of travel of employment before the pandemic, which has now been accelerated.

Diversity, Equality and Inclusion in 2021

A greater flexibility from bosses to allow, and perhaps encourage, remote working will see an ever-increasing proportion of women in senior officials or management roles. Security sectors lack diversity: 53% of women report a delay or denial of their promotion. The World Economic Forum classifies the UK at 47th in their world rankings with female representation in management whilst we have a near equal population representation. France is 59th, Germany is 89th, Italy is 99th, Russia is 19th, the highest ranked country is Jamaica.

As we often see in news reports, discrimination is perpetrated many ways. In the WEF gender parity survey which measures how well male and female feel they are represented at work, they ranked Iceland the highest, with the UK 21st.

From our polling, 71% of corporate managers stated that cyber preparedness now impacts their roles. In cyber security roles, female representation in Europe is just 8%, against a presence of over 25% in the larger digital economy. Russia is training 450,000 computer sciences engineers annually, compared with 30,000 in the UK. In the latest UK Government cyber survey there are estimated to be 50,000 cyber-related vacancies. 650,000 firms in the UK reported that they could not meet a cyber essentials standard; many reported challenges around identifying good quality courses and other accredited training for employees.

Many security professionals play a part in the governance of the GDPR. Even this year, large corporations such as Amazon, British Airways, Google, H&M and Marriott were fined. The European Data Protection Board (EDPB), which oversees GDPR, has brought 200,000 cases against companies in 31 countries. Between January 2020 and January 2021, GDPR fines from the EDPB rose by nearly 40%, totalling €158.5 million.

Data protection authorities recorded 121,165 data breach notifications (19% more than the previous 12-month period). This is a corporate risk which permeates throughout structures, with many businesses not fully coherent with their responsibilities for our data.

Returning to the office

As a nation we reacted to the 7/7 bombings with a response to get back on the tube; workers were traumatised then. Today as you wait in a socially distanced queue for your socially distanced trip to your floor, people will have difficulty in returning to work. The imperative to return, to collegially work, to be a team player, might not be the priority for many people. Hence security will need to react differently, but now we have an added mutating risk, which we trust we have tamed.

As one Chief Security Officer recently told me, “My role as the CSO has been enhanced; my team have even more respect. We will need a holistic approach to our employee care.”

Read more articles on career development in the security sector 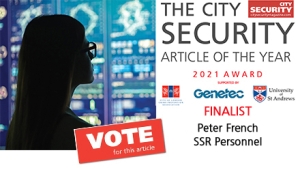