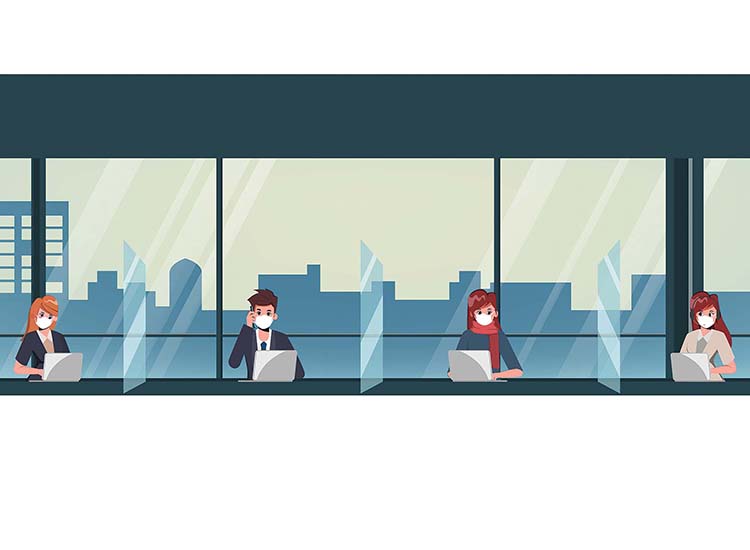 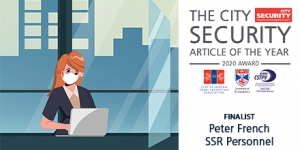 The headlines from the survey prior to the pandemic were that average wage inflation was 3.1% with management increases at 5.1%.

Over 65% of respondents reported they were underpaid, which is up from under 50% the year before.

The employment rate had remained high and then COVID-19

Up to February 2020 a record 33m people were in employment. This was mainly driven by women in employment and self-employed workers. By June advertised jobs had dropped to 75% of pre-COVID levels, with at least 8.4m workers covered by the government’s Coronavirus Job Retention Scheme, according to the Office for National Statistics.

We are seeing a gradual return to work, but the tech giants that have prospered during this period have in general told office workers not to return to work until the new year. Twitter have said that their business-as-usual model may become remote working.

The total value of world production of physical security products at factory gate prices in 2019 was $34.3bn according to a report from Research and Markets. It forecasts that global market sales will reach $56.76bn in 2024.

These figures are robust and not deflected by the current pause in economic growth, most probably will be accelerated through insecurity.

In 2019, Artificial Intelligence technology applied to video surveillance data was just being trialled, in 2020 it will become a key component in identifying COVID carriers’ behaviours when added to thermal imaging.

Significant improvements in AI video analytics software are making this possible and over the next ten years it will become a standard requirement across surveillance solutions.

There is a critical need to make full use of the massive amounts of data being generated by video surveillance cameras and AI-based solutions are the only practical answer.

The survey estimates that cyber security vacancies globally are approximately 3.5m and are increasing in this COVID environment as remote working will become the norm. Most offices can only operate at 50% capacity within a 1 metre distancing rule and then factoring in the capacity of 2–3 people per lift cart to get to their desks.

Computer sciences and programming degrees have not been the first choice for many graduates. This is changing as more women are attracted to cyber security. This could significantly rebalance the estimated female underrepresentation in IT of just under 20%.

The global cyber security market is booming, having grown by 30 times in the last 13 years.

Increasing cyber security incidents and regulations requiring their reporting are driving the human and technology growth. The USA Center for Strategic and International Studies (CSIS) and McAfee reported that cybercrimes currently cost the world almost $600bn each year, 0.8% of global GDP. The cyber security sector requires diversity to thrive. The field is wide open for people across generations, races and gender identities.

Creativity and collaboration are as important as technical acumen, so there is no ‘stereotypical’ cyber security professional. The 2020 Tessian report stated that if women earned as much as their male counterparts, the sector cost would increase by £4.4bn just in the UK.

The pandemic, whilst slowing trade, has not slowed the growth of cyber criminality. Ransomware-wielding criminals are also growing increasingly ruthless, based on the size of their extortion demands and increasing propensity to leak data in an attempt to force victims to pay, according to BakerHostetler’s investigations into hacking breaches.

More than a billion workers around the world could suffer financial hardship as the coronavirus destroys jobs, cuts working hours and slashes pay.

One third of the global workforce is expected to feel the effects directly, according to the International Labour Organisation (ILO) – with those in the retail, manufacturing, accommodation, food and transport industries particularly hard hit.

The ILO said: “Workers in this sector who are engaged in activities deemed essential – for example food distribution – continue to work, but they face greater occupational health risks. Workers in non-essential businesses face widespread closures and sharp reductions in employment and hours.”

Essex University research centre predicts 6.5m jobs in the UK could be lost, post October, after the furlough scheme ends.

The weather might have been bearable, unlike the gales and flooding in the early part of the year, just plague, pestilence and Viking raiders needed…

So to Brexit. A common thread in the SSR® survey was that Brexit will affect respondents’ future options, with many commenting that upward travel in a security career is hard. Has the appetite for confrontation diminished on either the UK or EU negotiation sides as a recession three times as bad than that of 2009 and the worst recession in 300 years is predicted?

The money would appear to be on a no deal. We are all wounded by a virus, the Euro will be under pressure, Turkey has many millions of refugees to send to Europe and the UK.

Life is not going to be normal, we will have economic uncertainty for years, but the UK security sector will have opportunities to thrive. Unfortunately, that may be due to civil reactions to ongoing personal restrictions and intermediate localised lockdowns, as well as the new technologies that need to be deployed. 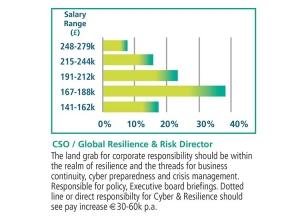 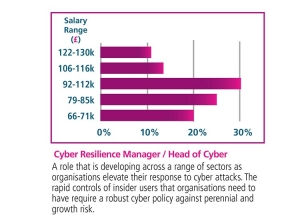 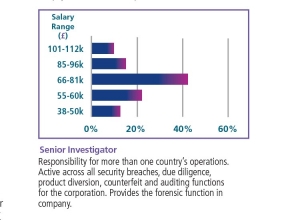 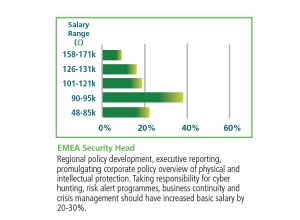 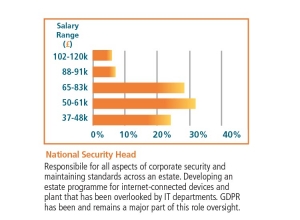 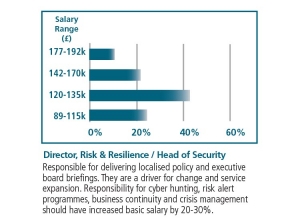 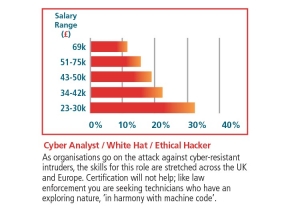 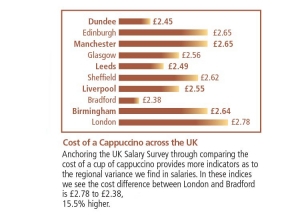