Security Profile of Ruth Henig: a lifetime in public service 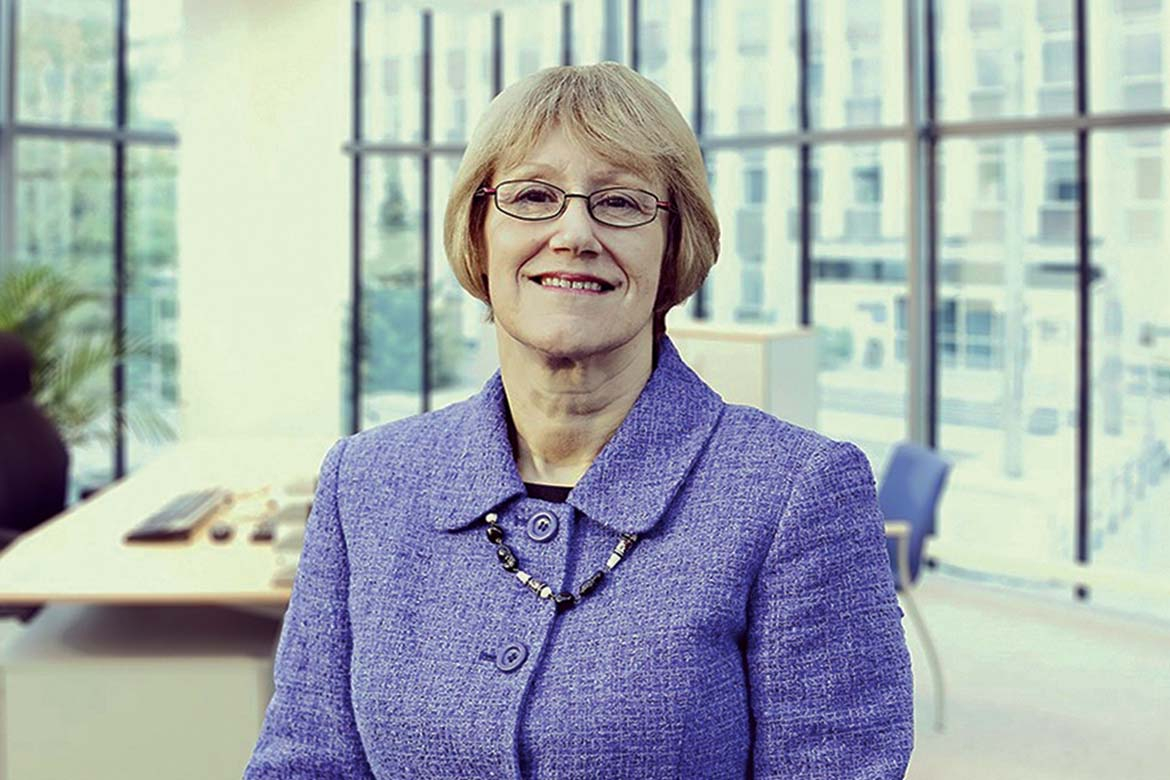 Baroness Ruth Henig, well known in the security sector as President of the Security Institute and former Chair of the Security Industry Authority, has spent a lifetime in public service, spanning academia, local government, police authorities and government bodies.

We met up in the House of Lords to learn more about how her many roles, and a remarkable story of survival from the Second World War, have influenced her views and approach to security matters.

Chair of the SIA

It was in December 2006 that Ruth was appointed Chair of the Security Industry Authority (SIA). This followed 24 years in local government, including 10 years chairing the Association of Police Authorities and her appointment as a life peer in 2004. Her first impressions of private security were positive: “I met all the stakeholders, some great characters, who were keen to make things work. I really found that so refreshing.” Ruth was Chair for six years, overseeing the introduction of the SIA’s role of regulating the private security industry and processing licences for individual security officers.

The results of the triennial review of the SIA carried out in early 2016 are still eagerly awaited. Ruth has tabled two questions requesting an update on progress, believing this is especially important now, during this time of increased terrorist attacks which further highlight the importance of the role of the SIA. “I think we need to look at regulation in much greater detail. We have to ask questions about whether current regulation is adequate. Is four days training for a guard adequate? We’ve got to professionalise”.

Since 2010, “there has been a great drive to regulate companies, rather than individuals, and to regulate private investigators, as recommended in the Leveson Report,” says Ruth. Disappointingly, “So far, discussions have come to nothing.”

Her view is that the relationship with the police is crucial. “Some officers have a dogmatic view that private security is just about profit, that there are no standards, and they will not work with security guards. Of course, there are some areas where good partnership exists between the police and private security.”  She went on to say, “Following the success of Griffin, we need something to pull all this together. We need to reassure the police that regulation is meaningful and is driving standards up, so that they can work with private security in confidence.”

Ruth is now one of the sixteen Deputy Speakers who sit on the Woolsack and preside over the House of Lords. “I liken my role to that of school prefect”. She also sits on various groups and committees and aims, where possible, “to put across the message that private security is a fantastic resource that should be used more effectively”. Membership of a joint committee on the national security strategy, about to be reconvened, may provide a further arena for Ruth to do just that.

We went on to discuss Ruth’s journey from a childhood in Leicester to her role as Deputy Speaker in the House of Lords. Firstly, she explained, “To me, it is a miracle I am here.”

Ruth was born in Leicester in 1943, a year after her parents arrived there as penniless refugees. Both originally from Germany, they had met and married in Holland, and went to live in The Hague in 1939. When the Nazis invaded Holland a year later, Ruth’s mother was pregnant with Ruth’s sister, and became hysterical.

She had heard stories of Nazi maltreatment of pregnant Jewish women and insisted that they should try to escape. Despite a curfew, they drove through several checkpoints to Scheveningen harbour, and walked up and down the beach to see if they could persuade anyone to take a boat out. They came across three students who had taken over the local lifeboat and were prepared to set sail after dark for England. Ruth’s parents jumped on board, and eventually, over forty people, crammed onto the boat, set sail.

The following afternoon, drifting off course, they were picked up by a British destroyer, HMS Venomous, and taken to Dover. After a couple of weeks in London`s prisons, they were taken separately to the Isle of Man and interned for two years. Ruth`s father met a friend in the internment camp he had not seen since they were together in junior school in Germany, and eventually the friend got him a job in Leicester.

Ruth believes it was this difficult beginning that has meant, “From an early age, I didn’t want to help the strong and powerful, I wanted to help those who really needed it”.

Her background and views were the catalyst for her passion for European history and a career lecturing at the University of Lancaster.  Ruth is the first to admit she has a “low boredom threshold”. This and an interest in politics led to her becoming an Elected Member for Lancashire County Council in 1981, the beginning of 24 years in local government. She was involved in numerous committees, in particular, the policing committee, and discovered a talent for chairmanship.

By 1999, she was Dean of Arts and Humanities at Lancaster University, Chair of Lancashire County Council, Chair of the Association of Police Authorities (APA) and Chair of Lancashire Police Authority. Her approach to handling this level of responsibility? “My philosophy is to find good people and delegate. If things go well, they get the credit. If things go badly, then it’s down to me.”

Her role as Chair of APA took her to a number of Home Office bodies, including the Street Crime Initiative set up by David Blunkett in 2002 and chaired by Prime Minister Tony Blair. Ruth was able to highlight the effective partnership working across Lancashire and to bring to a high-level meeting in London a much needed view of what was actually happening on the ground. This involvement brought Ruth to the notice of the PM, eventually leading to her becoming a life peer in 2004 as Baroness Henig of Lancaster in the County of Lancashire.

Ruth continues to influence the security sector as Chair of Directors for SecuriGroup and as President of the Security Institute. She was “honoured to be asked to take on this role”. Security is clearly an ongoing issue: “We have to get across to business the value of private security and how it helps their balance sheet.”

For relaxation, Ruth loves spending time with her grandchildren, gardening, swimming, travelling, as much as possible. She is a competitive bridge player-captain of the House of Lords team and has also been an avid supporter of Leicester City FC for over 60 years. “I take every opportunity that comes my way and I always say to people, you never know what’s round the corner.”