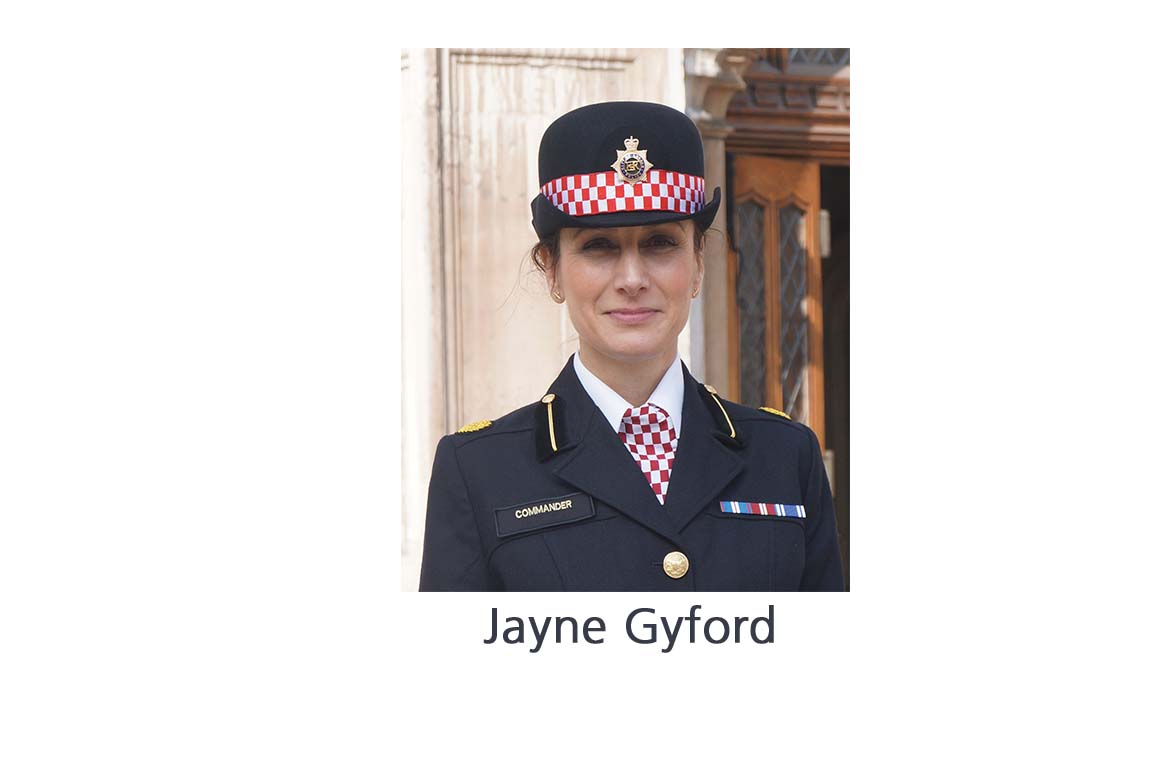 We met T/Commander Jane Gyford, who led the City of London Police response to the recent terrorist incidents in London, to discuss the implications of the upsurge in attacks and how business can help, as well as learning more about the extraordinary breadth and depth of her previous policing experience.

For both the Westminster and London Bridge attacks, the City of London Police worked jointly with the Metropolitan and British Transport Police. For the London Bridge attack, Jane told us, “We were the main responders, first on the scene with the armed response.” For both terrorist incidents, “We ran the casualty bureau and helped with secondary investigations.” It was fundamental to their response to have been fully exercised and planned for, and Jane led two exercises, Red Flag in December 2016 and a further exercise in June, in preparation for just such incidents.

The recent terrorist attacks in the UK  represent a significant upsurge, “Terrorism can be much lower complexity now; we are getting higher numbers coming to fruition. For that reason our tools have to adapt.”

Jane discussed with us how the City of London Police is responding to protect the City, emphasising how this work is building on many years’ experience and the strength of partnership working in the City. “We are very lucky to have well established relationships and a network of people all on the same side. The human factor counts for so much.”

She outlined how existing protective security measures are being enhanced, including further Hostile Vehicle Mitigation such as barriers and street furniture, and how vulnerable sites, like bridges, are being assessed with further measures going in, where necessary.

Jane is leading on a review of both the Ring of Steel and the technical enhancements to the City of London control room and she emphasised the importance of bringing these “into the here and now and for the future.” She is also leading on the digital future of the force, which will enhance the commmuniciation interactions between the force, community and even those committing crime.

There will be continued and enhanced use of Project Servator (the police tactic to deter and detect terrorism and criminality, involving officers specially trained to spot unusual behaviour). “It is an unpredictable approach. It doesn’t just involve uniformed officers, it could include horses and dogs, and sometimes armed units.” The City of London Police is the lead for Project Servator and will roll out the training to services around the country.

The role of the community

The City of London Police is working with business and the community to further improve longstanding partnership initiatives. It has reached out to stakeholders responsible for the security in crowded places in the City of London and initiated Re-ACT training in line with Project Servator. “It is a two-way communication, we have to listen to each other and bring back material benefit in terms of what we need to protect.”

We asked how she would like individuals to respond? “I think the British public, in the main, have a huge pride in their personal and civic responsibility. I would like to see this brought to the fore, not taking on the role of the police, but supporting and being unified in the approach.”

As for businesses: “I want you to be really open-minded about what we can achieve. We will be asking your opinion on how we can be more innovative. Don’t be constrained in your ideas.” She also asked of those involved with the security sector: “If you feel you have gaps in your knowledge, you can approach us. You have eyes and ears on the ground; we want to support building your skill set.”

Jane has an impressive CV. Before joining the City Police she worked for the Metropolitan Police Service, where she amassed a wealth of experience and knowledge to fall back on in her in current demanding role. This includes 10 years investigating murders, a stint in the anti-corruption command, Detective Chief Inspector in Public Protection in Waltham Forest, and lead for the Specialist Firearms Command. Her approach is “to do justice to my profession and as a public servant, you have a right to know that I am keeping up my skill set”.

In a career highlight, Jane was the Deputy National Coordinator for Domestic Extremism and Strategic Protest Intelligence, leading on the Olympic Torch delivery through the UK and the Olympic and Paralympic Games.

“We needed quick time intelligence and a 24/7 response.”  The unit established the All Source Hub, which, amongst other areas, monitored social media. “All of it was a first and it did disrupt a number of protests. It is sustained work and keeps going.” For this role, she was nominated by Cressida Dick as the Met’s Leader of the Year, which she went on to win.

In her time with the Met Police, Jane was also Strategic Lead for Child Sexual Exploitation and Child Abuse. Does Jane believe things have moved forward in this area? “We are delivering in a very different way with far closer interagency working, ensuring a more joined up response.” She also believes that “An area that has significantly improved is the first contact – this is the most important contact, establishing trust is never easy.” Additionally, she feels that, “A huge improvement was the educational piece for officers, there has been a mindset change.” Jane helped deliver some of that change work. “I looked at reactive investigation services into child sexual exploitation and child abuse; I joined the Command – linking them, bringing into one place, bringing much more awareness.”

Colleagues say of her that she gets things done in a way that nobody feels they are being pushed: “She is great at bringing people with her.” Although she plays down the fact that she is a woman – “I am a police officer, the fact I am female is an irrelevancy”, – having a female senior officer is an incredible role model for officers and staff in the City of London Police and elsewhere. Her approach is clear. “I am a police officer and take pride in saying that. My rank does not define me. I have a role with responsibility different to others. That’s what I promise my officers and police staff. I will deliver to my roles and responsibilities. If there are difficult decisions or situations, I will handle them.”

Jane began her working life as a car dealer and has brought her salesmanship with her –“There are no secrets here, understand what you are selling and take people with you”– and, yes, she does still really love cars! But it is clear where her loyalty lies now: “I absolutely love this job. To represent anything in this country and its communities is an absolute gift. When you do something really worthwhile, it really does sooth the soul.”