Interview with Don Randall: the world of security 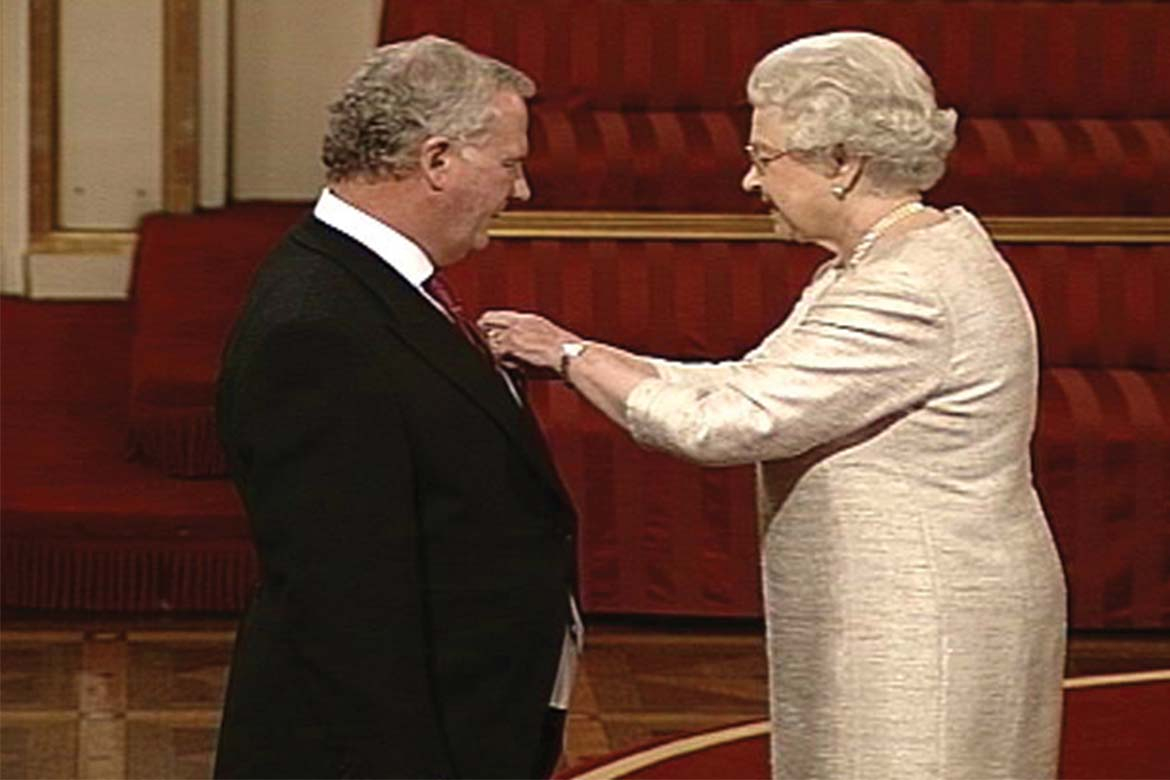 Exclusive: An interview with Don Randall, MBE Director of Security at the Bank of England

A well-known figure in security and resilience, Don Randall, MBE, gives us his view on the world of security and what drives him forward.

Meeting at his office at the Bank of England, we began by discussing London 2012 and its security legacy. The games and their security were deemed a great success with no incidents. Don told us, “The multi-agency approach, with law enforcement, volunteers, the military and private sector working together provided a better picture than at first anticipated.” His view is that the major legacy for the security world is the further development of public private partnership, in particular with CSSC (Cross-sector Safety and Security Communication), a partnership between the police, government and industry. Don believes “this worked exceptionally well, with the distribution of daily intelligence”.

As the memory of the Olympics fades, we continue to be faced with the tough economic challenges, as well as the need for cuts. Don sees a positive side for the security industry, “This is creating imaginative ways of working, it is not just cutting heads – we can take on more responsibilities. As the security industry becomes increasingly more professional, this is a natural development.”

One of the inevitable results of the effective security at the Olympics is the pressure it places on senior security officers to justify maintaining these levels. Added to this, Don believes it is important not to create further vulnerability for the community and the industry. “We do not want to push people into situations where their need makes them more likely to turn to crime.”

Don is clear that we can never be complacent about the threat from terrorism and “we must continue with a high level of intelligence monitoring and preparedness”. Likewise we must always be alert to the threat of protest and civil unrest. It is a challenge for senior security advisors to translate this risk into security requirements and funding.

UK police forces are far from immune to the public spending cuts. Don is supportive of the City of London Police, as well as other police forces, carrying out a comprehensive review of operations to reduce costs and inefficiencies while maintaining quality policing. Don is confident that the Commissioner and his team in the City can achieve this.

A key area where Don feels costs savings could be made is public private partnerships. It is this aspect that interests Don the most, as his record shows. His leadership and involvement with Griffin and CSSC are a testament to that.

He is certain there is still major potential in this area. Don talked us through how the latest public private partnership (CSSC) is helping to solve a long-term concern of his: how to communicate security messages to small and medium enterprises (SMEs). These make up 99% of all businesses in the UK, according to the Federation of Small Businesses. After a recent presentation by Don where he mentioned this issue, James Hill from the Blomfield group came up with an answer: communicate via Alarm Receiving Centres. With James’ help, plus major support from UK ADT and other ARCs, during the Olympics, many thousands of clients received messages from the CSSC system. “My goal is that every alarm receiving centre does it. It is simple – law enforcement create the message and the alarm receiving centres pass it on.”

As chair of the City of London Crime Prevention Association (CoLCPA) Don is in a good position to support new initiatives such as CSSC. “CoLCPA has the unique ability to pioneer and drive new initiatives.” The sharing of information is another key factor in its success. “We have shown that it is the right thing to do and adds value to the wider community.” The CoLCPA success does not stop there, “The diversity of our charity donations is commendable.” The association with its 20-year history continues to progress, “We are not tired, the membership continues to come up with ideas. CoLCPA mirrors the City of London Corporation’s and the City of London Police’s ability to be innovative, creative and to achieve.”

One of the success stories of the CoLCPA is the City Security magazine. How does Don feel about this going nationwide? “It was the right time to do this, with the right players, and right ethics – to spread the concept of preventative advice across the whole country.”

The national and international spread of Griffin has been a phenomenal achievement and we asked Don what he thought was the key to this. “You can take the Griffin concept into any area. And the quantum leap was public private sharing of information – dare to share. Its success continues with Vancouver in Canada just accrediting its 1000th Griffin guard.”

With his key role at the Bank of England, chair of many security-related organisations and a number of children’s charities, Don’s energy and commitment are well-known. We were intrigued by how he maintains his enthusiasm and drive. “I enjoy what I do – I enjoy people. I enjoy social networking. Added to that I have an active mind and don’t mind applying it.” According to his wife Angie, he never relaxes, but the introduction of two Bolognese dogs, Buddy and Buddy Junior, pictured below, have brought a lot of joy and laughter to their household.

Without doubt, Don has achieved significant success in his career, including 25 years as a City of London Police officer, with key achievements in fraud and counter terrorism, major roles in the City of London and influence nationally and internationally.

We wondered who were the key influencers in Don’s life; without hesitation he cites his Mum who “taught me value and the difference between right and wrong. If you earn money you work hard”. His own tips for success are that you should “work hard, listen and respect everybody. Use what you have to benefit others – the organisation – the community – that’s why we are here – isn’t it?”