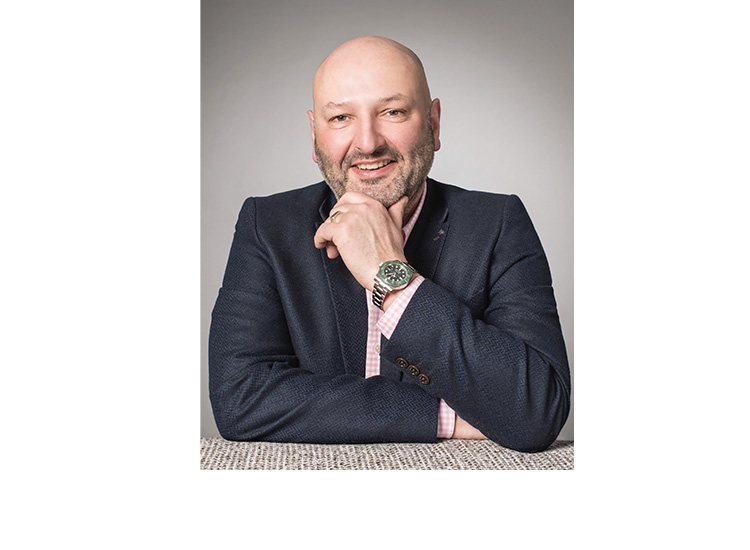 In October 2011, Richard Stones became the first serving police officer worldwide to be appointed to the Register of Chartered Security Professionals. In the summer of 2012, he wrote one of the first articles about the Chartered Security Professional to feature in this magazine: CSyP Status insight from first police officer to achieve it. Over ten years on, we asked him to reflect on his career and discuss the need for the RCSyP.

Why did you decide to apply to the Register of Chartered Security Professionals?

Policing at the time was generally seen as a 30-year career and I didn’t want to be the cop who realised at 29 years and 11 months he needed to start looking for a job. I had seen plenty of colleagues do this and I wanted to transition into civvy street with qualifications and endorsements that the private sector understood.

I also wanted to add credibility to my role within policing. Whilst I had undertaken various very good courses in policing, I also wanted some tangible, industry-recognised qualifications and endorsements that would suggest to people that I was professionally competent, not through wearing a uniform, but through a peer-reviewed and recognised selection process.

I guess there was also a third reason, and that was partially down to timing and retirement preparation. I joined the Security Institute and ASIS when they had comparatively small memberships bodies compared with now and I was aware they were collectively working with the WCOSP to introduce the Charter. I wanted to be the first serving cop to achieve CSyP.

How was the Charter viewed 10 years ago?

For the latter half of my policing career, I was managing teams of staff focused on business security at a regional to national level. Some of the successes from that work, the National Business Crime Centre and National Business Crime Solution required public/private partnership engagement. The private sector understands the Chartered professional; they recognise the Chartered Accountant or Surveyor. As a consequence, they understood that being a Chartered Security Professional suggests professional competence, integrity and capability. It is increasingly viewed as a mark of trust and professionalism.

How did it help you evaluate and improve your knowledge and skills?

Having gone through the rigorous and demanding process of selection, it made me confident that my knowledge and skill set was of a high enough standard to be classed as one of the few people in what is an upper tier of quality security professionals. The annual CPD, which is randomly evaluated, ensures that once you have been awarded Charter you need to keep current to maintain it.

One of the advantages of being a CSyP is that I can identify more easily areas that my competence does not cover, but I am safe in the knowledge that I have a network of similarly peer-reviewed colleagues on whom I can call for support in that role.

Over those 10 years, how has CSyP has helped promote you and your work?

I have worked extensively with UNICRI, NATO and the EU Commission on international security projects and continue to do so. Increasingly, senior security professionals within these organisations are approaching me about how they engage and apply. The register is starting to reflect this and we now have CSyPs from all over the world. It is becoming the badge that is associated with the senior security professional who is at the top of their game. Increasingly, we are seeing it on job adverts as an ‘ask for’.

How has the reaction to and support for CSyP changed over those 10 years?

Increasingly, in the modern world it is all about accountability: people want the better qualified and competent individuals and they don’t want to be held responsible for someone else’s incompetence. Charter provides that reassurance.

Annually we have a CSyP dinner at one of the great City venues. I recall at one of the first dinners we held in the Commons dining room, sitting on the same table was a rather opinionated senior security professional who was clearly sceptical about the Charter. I was asked, ‘Does being Chartered mean you’re better than me then?’ I thought for a second about the selection process I had been through and considered my response before I replied, ‘No it doesn’t necessarily make me better than you but unless you put yourself through this process, I will never know how good you are because I have no recognised standard to judge you by and nor does anyone else’: these are my credentials.’

I think this pretty much sums up the Charter; it has removed the self-appointed expert, (we all know a few), and it has put in place a process which, very fairly but firmly, requires the applicant to submit themselves to a peer- reviewed process that considers the key attributes and qualities necessary for a senior security professional.

What would you recommend prospective candidates do?

I have been on the selection panels for the register for over ten years now and I would tell prospective candidates to trust the process. Not everyone will be selected and I make no apologies for that. The application process is clear, and if you are confident you meet the criteria, speak to one of the CSyPs and also attend one of the introductory sessions; they are very informative and provide a good insight into the process. Trust yourself.