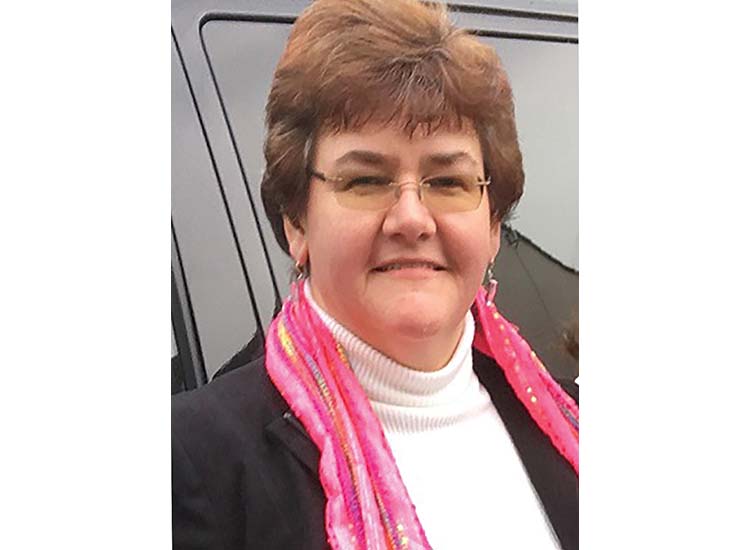 Amanda Seevaratnam was admitted to the Chartered Security Professionals in March this year. She has worked in Defence security for over 20 years, in both the public and private sector. Since 2015, she has been a Civil Servant in Defence Equipment & Support (DE&S), a delivery agent to the Ministry of Defence.

Amanda admits that none of this was planned as she looks back over her career:

I took a temping job in 1998 as a facilities officer in Matra BAE Dynamics (now MBDA) where the facilities and security teams were co-located. My only real exposure to security until then was door staff in pubs and clubs. One day there was an incident when all the security team were on an away day. I was asked to help, and from then on whenever they were short staffed, I would be asked to lean in, and started to rather enjoy it. As my temping job came to an end, I was lucky enough to get an office manager’s post for the newly formed BAE Systems on the same site.

I continued to concentrate on facilities and office management, but the security and business continuity (BC) work was on the increase and, to be honest, more interesting. In 2005 I had the opportunity to focus purely on security and took a post working on the BAE Systems Queen Elizabeth Class Aircraft Carrier bid team. When the MoD asked the bidding companies to form an alliance to deliver the aircraft carrier programme, I was nominated to stand as the Head of Security for the alliance. This involved the unenviable task of encouraging all of the alliance partners to share security information and ways of working to ensure the collaboration could take place in secure environments, both physically and virtually. The challenge was that day to day the alliance partners were competitors. It was at this point I thought that to have any credibility, I really ought to have a formal security qualification. Back in 2005 there was not a huge choice, but luckily, I already had a business degree, so was able to look at post- graduate courses. I approached my corporate security team for their advice. I was pointed in two directions: the academic route, looking at MSc courses, which were still few and far between, and the ‘professional route’, looking at the ASIS Certified Protection Professional (CPP), which was relatively new in the UK at the time, but growing in recognition. I gave both options to HR for funding consideration, and they subsequently enrolled me for the ASIS CPP course and a master’s degree in security management at Loughborough University, that ran in parallel. Achieving both (and having a baby) over the next two years gave me the ability to hold my hand up as a security professional at a time when this was rare in the defence industry.

Fast forward thirteen years and I was now working as the Deputy Chief Information and Security Officer in the newly formed Submarine Delivery Agency. Over the years I have attended management and leadership courses, as well as courses on cyber security and information management. I noticed increasing numbers of staff joining the organisation with security and resilience MScs, which had been my unique selling point, leading me to wonder what I could do to further my professional status. I was maintaining my CPP status via the ASIS Continuous Professional Development programme, but that didn’t feel enough to make me ‘stand out’. As a member of ASIS and the Security Institute I had heard of the Chartered Security Professional, thought about it a few times, even started filling out the form once, but was ‘too busy’ to complete it.

A change of job gave me the time to consider how I position myself for the future and my career development. It also gave me time to attend a CSyP workshop held by the Security Institute. Following this, I can proudly report that I did complete the application and received my certificate from Baroness Henig in March at the most wonderful evening among my friends, colleagues and peers.

What does it mean to me? I am exceptionally proud to have been admitted to the Register. It allows me to hold my head up as a security professional, within defence, government and across the wider industry, and the fact that it is Internationally recognised helps me to position myself in the global market.  It also provides credibility that allows me to campaign for clear career paths in defence and government security, which is a personal passion, and to mentor those who are interested in working in these fields. For me that makes it more than worth the investment of my time and effort finally completing the form and the interview.