David Trimmer on succeeding in the security profession 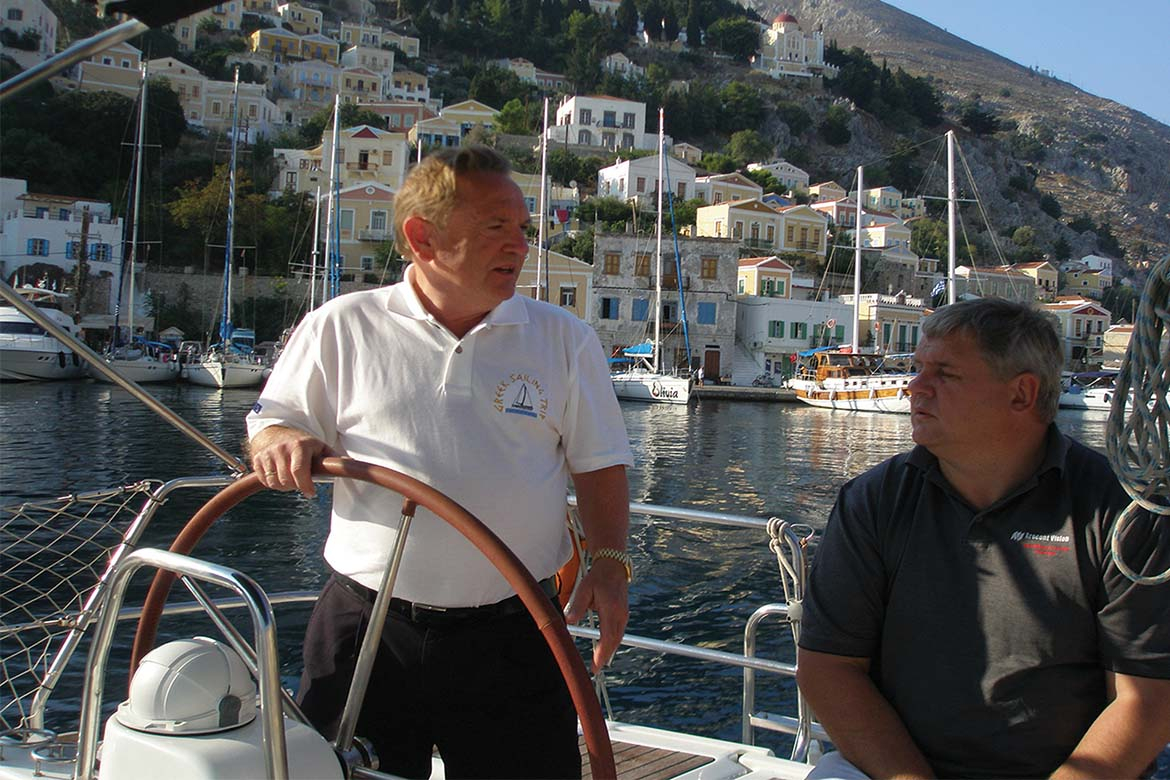 How to succeed in the security profession

Chairman of the Bloomfield Group, David Trimmer, has achieved considerable business success, playing an influential role in the security industry. He shares his views on developing a business and career in security, and his top tips for success.

IT experience, a USP and an understanding of finance

David’s first piece of advice is to embrace technology and gain as much experience in IT as possible. He has seen a phenomenal technical revolution in security since his early days. “I went to IFSEC in 1978 at Olympia and was staggered that there was nothing digital, not even a keypad. Alarms were literally a relay in a box, no sophistication, unbelievably simple.”

Secondly, he believes it is crucial to develop specialist areas and be different. “If what you offer is the same as everyone else, then ultimately you will compete on price. Look for a USP (Unique Selling Point), provide a unique service.” As a systems integrator, the aim is to “come up with things that are different and make a difference”.

And thirdly, he advises gaining a sound understanding of finance. One tip, passed on from the entrepreneur behind GEC, Arnold Weinstock, has really helped, “He would ask for a summary of the company’s finances on a single sheet of paper”.

Dealing with a cross-section of organisations, David is in a good position to witness the effect of the current economic climate and review his own and other businesses’ response. “The main impact is the reluctance to upgrade or improve systems. It has also led to switching down in contract, trying to cut budgets.”

A further shift in business currently is that everything is tendered for, with loyalty a rare thing. David has three main ideas for dealing with this tight situation. Firstly, focus on value for money, “There is a huge difference between cheap and value for money, you can buy something cheap that is rubbish, when you get value for money, you are satisfied.” Secondly, and along the same vein, design systems to save money, “The security industry can be successful if we look for ways to save money.” Finally, give a quality service and don’t cut corners.

The life of David Trimmer

Having achieved so much, how did David embark on and develop his career? It has not all been smooth sailing. His father, who had lived through the Great Depression, was keen on a ‘job for life’, and signed him up for an electrical apprenticeship. The firm was bought out just as David qualified, teaching him early that “disasters are often your best opportunities”.

His next opportunity was a stint with a guarding company, where, with another electrical engineer, he designed the first space detector. But in his twenties, his heart was drawn to a different type of career and he went on to be a teacher.

He loved his time teaching and learnt much from it. Although achieving considerable success, he needed to start his own business to supplement his modest earnings. In fact, money was so tight, he couldn’t afford the 30p tea club and pretended to dislike tea.

So, in January 1979 with £250 in orders and £75 in the bank – enough to survive for just three weeks – he decided to resign from this teaching post and run his business full time. He continued with minimum resources, travelling to his clients on his moped, with a pannier holding the equipment. But he learnt early if you do a good job, then people recommend you. Ten years later, David went back to the school in a Jaguar XJ8, took the head for lunch and thanked him for not giving him a promotion! And 34 years later, David is chairman of a successful group of companies.

Having a mentor is often cited as a key differentiator for those who achieve career success. David was lucky to have an excellent mentor in Fred Basterfield, a Harvard graduate and chairman of the Midlands Electrical Manufacturers. “He treated me like a son, I was enthusiastic but knew nothing about running a business. He didn’t tell me what to do; if I was over-enthusiastic he calmed me down, and if I was depressed he encouraged and channelled my ideas.”

What are David’s four top tips for success?

These have been honed over time and are well known to David’s colleagues as the 4Ps:

Don’t do a job unless you make a Profit.

Seek to be Professional in everything you do, how you dress, speak, present; the whole package needs to be professional.

Seek Perfection. If you think you’ve made it, you haven’t, constantly check you are doing the right thing. If you do seek perfection, you get happy customers and suppliers. If you seek these 3 Ps, then you ought to get Pleasure – it ought to be fun growing a company.