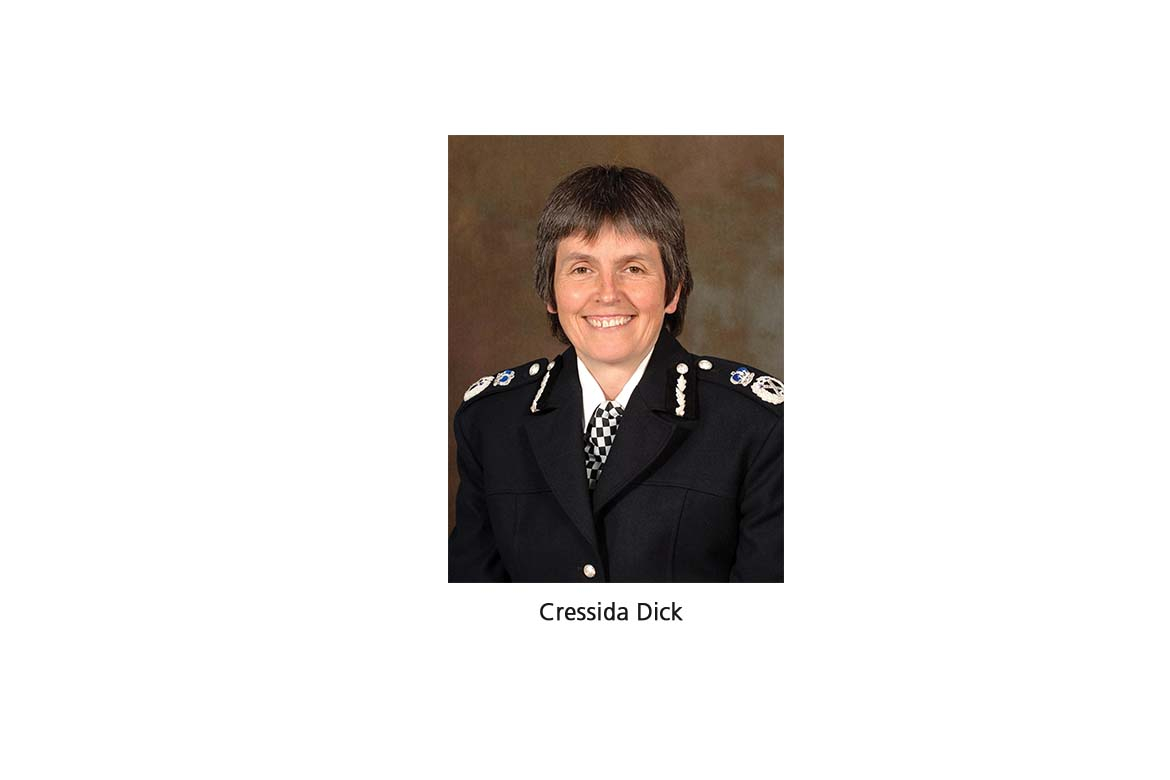 In the event of a major counter terrorist incident, the senior police officer the Home Secretary turns to is Assistant Commissioner Cressida Dick.

In her capacity as head of counter terrorism for the Met and Chair of ACPO Terrorism Policing, she is the chief officer who advises government on terrorism-related affairs. Indeed much of her time is spent at Whitehall and Westminster.

In terms of international terrorism, AC Dick is clear about the challenges that face her, “Currently there is a threat picture which is complex and unpredictable”. She continues,“The supporters of Al-Qaeda and those who are inspired by it come from a range of different countries. It is a very pervasive brand and is having a big impact across the world.”

With the overriding priority of preventing a terrorist attack, AC Dick’s approach is that “we must maintain a national, powerful, interoperable, counter terrorism capability across policing. It is now not unusual for officers from all over the UK to come together in joint operations. I want to ensure that these officers are consistently trained and equipped to take advantage of all modern advances”.

At home too, a key priority is to identify those people who are vulnerable to radicalisation and violent extremism,“There is a tendency now for individuals operating alone or in small groups.”

However, AC Dick believes we will “see less of the big spectacular, less command and control. Unfortunately, these simpler methods can still have a devastating effect”.

AC Dick is frank that these lone operators are a challenge to detect and therefore law enforcement is increasingly reliant on people coming forward with their concerns. “Our aim in 2014 is to further open up counter terrorism policing to the community. They need to feel confident that they can come forward.” In addition, she wants to encourage organisations, such as education, social services and health, to further develop working in partnership with the police.

“Engaging with the community is fundamental to our work.”

In fact, AC Dick is an advocate for close liaison with all parts of the community, including business. “The way in which businesses can communicate with each other means they can provide police and other law enforcement agencies with information, they can be our eyes and ears. The business community is fundamental in counter terrorism. There is a huge thirst for information, knowledge and skills. We want to build on Project Griffin, CSSC and lots of other initiatives.”

Furthermore, she believes there is a strong relationship between the police and security industry, both facing similar pressures and challenges. “On occasion both suffer from bad publicity.”

She is candid about the way forward. “There are some elements that are not as good as they should be. Even where there are professional standards, the approach must be thought through; even if something is lawful, is it right?”

On privatising some aspects of policing, she says, “I am very open to the idea that parts of our work could be done by others. As long as standards are high and there is better value for money and we can manage it effectively.”

As well as counter terrorism, AC Dick is responsible for some of the most high-profile aspects of policing in London. She is head of Protection, including VIPs, such as the Prime Minister and the Royal Family. She is also in charge of security in London generally, deciding on the disposition of officers across the city.

What led AC Dick to this high-ranking position?

Known for her humour, intellect and modesty, AC Dick puts her success down to her calm personality and taking things in her stride. “The worse it gets, the calmer I get. I am able to relax when I’m not working, and always sleep well.” These qualities have given AC Dick the resilience to be a chief officer for 12 years. “Being fit and healthy is also important.”

Current and former colleagues speak highly of AC Dick, a reflection on her approach to her staff. “I care a lot about my people. In policing, we can be today’s heroes and tomorrow’s villains. We make life and death decisions and have to get on with it. You need people who understand these challenges and understand you are not always going to get it right.”

A happy childhood in Oxford and a mother who “thought I should be able to do anything my brother could do, gave me a level of confidence, and humility, that I don’t think women of my generation always have”.

She can’t really put a finger on why she became a police officer. After graduating from Oxford, and brief stints in accountancy and working in a fish and chip shop, she made her choice. “I thought it looked challenging, interesting, involved responsibility, teamwork and working with people – all of which it turned out to be, and more, and I have loved every minute of it.”

At the time she joined, her family was surprised and intrigued, but with a tradition of public and voluntary sector roles, they were also very proud. And now most of her family and friends believe she has the best job amongst them.

AC Dick has had many mentors and there are many individuals who have helped her on the way. “I take a bit from everyone and do what they do.” There is one sergeant “who was the epitome of a good police officer: compassionate, thoughtful, capable, supportive in a quiet way – he taught me so much”. Another inspiration was Detective Chief Inspector Jackie Malton, the person on whom DCI Jane Tennison in Prime Suspect is based, “A pioneer, for my generation. She was one of the first women in the flying squad. Women are only able to thrive in policing because the generation before fought a lot of battles.”

As the most senior female police officer in the Metropolitan Police and in the Women’s Hour top 100 most powerful women in the UK, does AC Dick see herself as a role model for other women? “I am conscious of the fact that as soon as you are in a leadership role, people look at you: how you are; how you treat people; how you live. I try to encourage people into policing, to progress and achieve their potential and high standards.”

On whether she would recommend policing as a career path, she is emphatic. “Yes, it is a great life with a hundred different career paths. For the right sort of person, and that includes me, it is extremely satisfying, fulfilling and enjoyable.”