Counter terrorism: how the 7/7 bomb changed my life 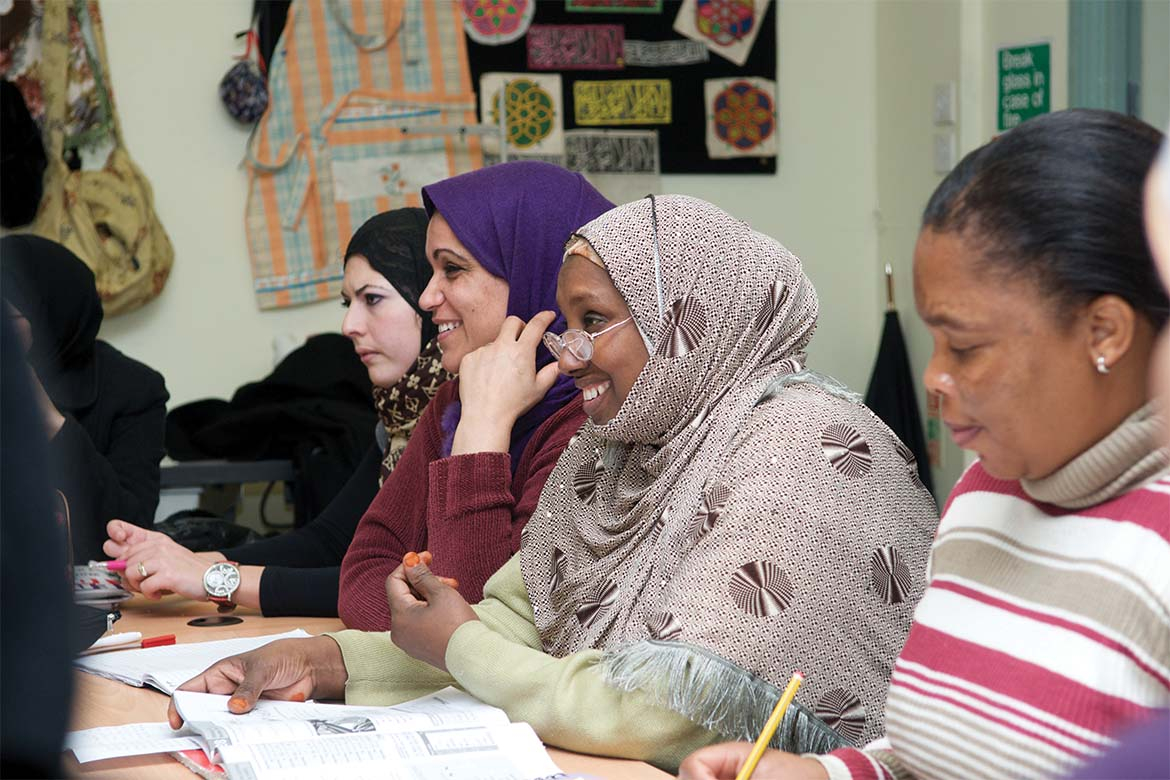 How the 7/7 train bomb changed my life…

A terrifying experience on the Piccadilly Line train bombing on July 7, 2005, led Sajda Mughal to re-assess her life working in the City of London. As a victim of terrorism, she decided to make a difference to her community and now leads the Jan Trust – a community group that aims to empower the home and through that empower the community.

Rolling back the clock to July 2005, Sajda remembers the day vividly. On a packed train just before 9am, seconds out of Kings Cross, there was a massive bang, the lights went out and the train came to a halt. “My initial thoughts were we have derailed and hit a tunnel. We were all in shock. The carriage filled with smoke and we could hear people crying out.” She was filled with fear that the next tube would ram straight into the back of them. “ I thought this is it – we are going to die. July 7, 2005 is my last day on earth. I haven’t been able to say goodbye to my family, loved ones, friends.” Sajda and her fellow passengers were left in darkness, literally choking on smoke, sweating with the heat and staring at each other in shock. Finally, they could hear faintly, “We’re coming to get you – it is the police”.

They were guided along the track back to Kings Cross ”in so much shock, just wanting to get out – into fresh air”. Sajda walked across to a McDonald’s restaurant. “Only at that point I thought to call someone, but I could not get through.” She also tried to call work; quickly realising there was going to be no way to get there, she began to walk back home.

Not really knowing the way, for many hours she just kept walking. Eventually the mobile phone network came back and she got through to my mother. “I thought you were dead. I knew you were on that tube.” Later that day, it emerged it had been a bomb. “I could not believe it – I never thought I would be round a bomb. It was unreal.”

Sajda had time off work and could not travel on the tube system for some time. She will never forget the events of that day, but counselling and time have helped her come to terms with it. She came to the conclusion, “it was not my time – God had not written it.”

As she recovered, she began to assess herself and the question arose, “I nearly died – is this what I want to do with my life?” At the same time, she began noticing two worrying issues in her community. Firstly a distinct rise in Islamaphobia, be it bullying, spitting, physical abuse, graffiti, was happening in her community. Together with this, there were increasing grievances amongst Muslim youth, around foreign policy, unemployment and media coverage. She could see that this toxic combination could lead to something bigger and worse than 7/7. With her own experience of a terrorist attack, her background as a Londoner, a Muslim and a skilled manager, she decided she would completely change her career direction and work within the community.

Until this point, Sajda had spent six years working in the private sector in the City of London within management consulting, investment banking and recruitment.

Her decision to move from the corporate world to the third-sector was not overnight. She needed to assess where she could make the most difference.

Sajda joined the Jan Trust in 2008, with one of her key aims to lead their Community Cohesion and Interfaith work. She is also a significant activist in work around violence against women, forced marriages, domestic violence, health inequalities, and hate crime.

The Jan Trust (www.jantrust.org) has been established for over 20 years to support and assist Black, Asian, minority ethnic, immigrant and refugee women. Its ideology is to empower the home i.e. the mother – and thereby empower society by creating active citizens. They have a two-pronged approach. Firstly, to provide and develop key skills such as English, fashion, IT, financial literacy, numeracy, job skills. The goal is to move people from dependency to independence, via employment, self-employment or further education. “In this way, we create role models for children. A mother that is happy, works, earns a living, and buys things, inspires her children to do the same and prevents them from turning to a life of crime. We believe in nurturing women in becoming role models within their own communities.”

Secondly, the Jan Trust encourages community cohesion and dialogue. Some of the women they work with have been traumatised by experiences in war zones such as Afghanistan and Iraq. On top of this, they may have never had interaction with anyone from another faith or culture. The Jan Trust encourages women from different faiths and societies to learn from each other. When they move into wider society, they are prepared.

Indeed, their interfaith exchange programmes highlight the commonalities. “Quite often, the narrative is that we are different. The Jan Trust promotes the message that you may be Christian, Jew, Muslim, of no faith, but we have more similarities than differences.”

They organised a large interfaith event, Deen Fest (“faith” in Arabic) at Alexander Palace with over 1500 attendees to promote community cohesion.

Raising civic awareness amongst women and youth is important for the Jan Trust. If people have grievances, they are encouraged to channel them: write to your local councillor, MP, start a petition, use legitimate routes. “Initially people may not think it is going to work – but we say it can be done. Look at our approach to Forced Marriage. I am on the Forced Marriage Consultative Group for the Foreign and Commonwealth Office. I was invited to 10 Downing Street to speak to policy makers and advisors, I speak with Lords and barristers. MPs come to us for community feedback.”

At Jan Trust, Sajda developed the innovative and unique ‘Looking Back to Look Forward’ survivors tour. The tour members include Sajda, as the only known Muslim survivor of the 7/7 London bombings, as well as other terror and genocide victims such as a Holocaust survivor and a Bosnian Genocide survivor. The tour has been to schools, colleges, NGOs and youth groups around London, with the aim of building resilience against violent crime and violent extremism and to promote cohesion and peace in society. Alongside this, the charity’s Internet Awareness programme for Muslim women and mothers enables them to identify and tackle violent extremism targeted at their children through the internet.

Much of the work of the Jan Trust supports the Government’s Prevent strategy, the preventative strand of the its counter terrorism strategy, CONTEST. Working in this area since 2005, the Jan Trust is looking for ways to support this refreshed strategy, with no supporting funding. Sajda acknowledges there are still significant resentment and fears within the community regarding Prevent, but her approach is to encourage a positive response. This is an area where sensitivity is key. In Sajda’s view, one of the keys to the success of the Prevent work is about proper commissioning and effective management. “Planning, simple checks on organisations, tracked delivery.”

The Jan Trust is also a key participant in the Shanaz Network. Developed by the Association of Chief Police Officers (ACPO), this has been established to break down barriers and encourage women to play an active part in the Prevent agenda. The Network’s objectives include: work to address ideologies that terrorists use to recruit people to their cause; work to support those who may be vulnerable to radicalisation; and work to strengthen institutions that can play a role in Prevent.

A busy and challenging time for both Sajda the Jan Trust. So what are her aspirations for the future? “My personal ones are intertwined with the Jan Trust. We want to create a sustainable organisation. There is pure and clear need. If possible, we want to expand but this is only possible with the appropriate funds and this is the biggest challenge for us right now. If I can work with a vulnerable individual, change their mindset to being a civic, independent citizen, then I am meeting my personal aspirations, making a difference – that is what is key to me.”

For further information about the charity please visit www.jantrust.org

To donate towards their work please go to www.localgiving.com/charity/jantrust