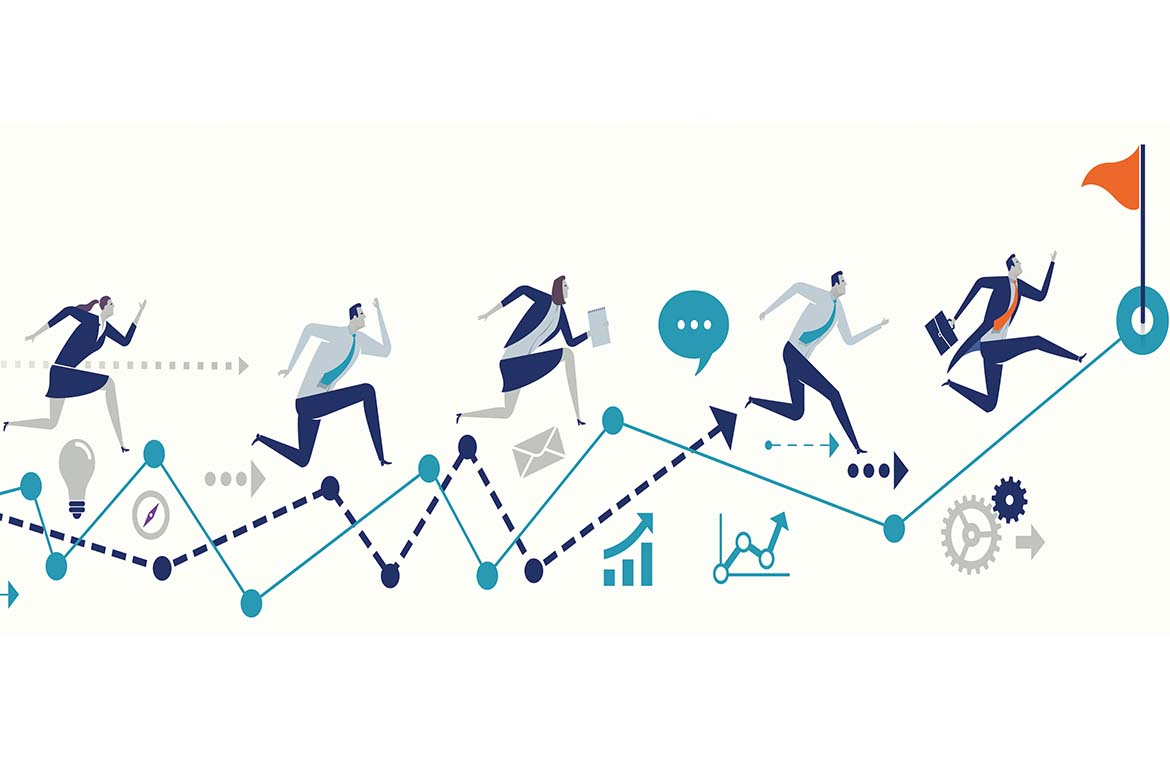 Developing your skills portfolio and business worth

The Executive Profiles annual salary survey, produced by SSR in partnership with ASIS International, uses data that is collated from more than 12,000 security professionals from across 40 business sectors. SSR separately monitors salary data. Here Peter French highlights some key finds from the survey.

A year in numbers

UK wage growth was 2.3% in 2017 according to the Office of National Statistics (ONS) while the Consumer Price Index annual inflation (CPI) averaged 3%. The numbers in employment fell slightly for the first time in two years, down to 32 million. Those classified as inactive (people who chose not to work) totalled just under 7 million. The official UK jobless rate was steady at 4.3% (1.42 million).

ONS reports that in the first quarter of 2018, wage inflation was 2.7% against CPI of 2.5%, which has increased the take home pay of most employees for the first time post the BREXIT referendum. Bonuses increased on average by 6.5%. This masks a great differential across sectors, with the financial sector still leading on cash bonuses, but bonus, when including share awards, is far higher in the technical manufacturing and e-commerce sectors.

72% of respondents have a regional responsibility in management disciplines in over 40 UK sectors, allowing management level data to be reviewed.

Over 25% of respondents in the UK and Europe believe that Brexit will affect their jobs for a range of reasons, including economic uncertainty, relocation of HQ, cost reduction, reduced opportunities for personal development.

Just over 50% of respondents stated that they feel undervalued, their contribution not rewarded by their employer. The national average of those dissatisfied with their job is over 65%.

How do you get a pay rise?

For 45% of respondents, this was due to an annual pay increase. 18% of people changed their jobs, achieving an average 22% pay rise. Over 23% of respondents stated that they had a pay rise because they had increased their responsibilities inside the organisation or had a formal job evaluation. This reflects a greater degree of functional crossover that is being asked for by many employers. For instance, who ended up with GDPR? Formal upgrading of responsibilities usually resulted in the role being re-graded, so the title may change from Manager to VP, Head of Function or Executive Director, so benefits are enhanced as well as pay, pension contribution, share allocation and travel allowance. One benefit that Millennials are increasingly asking for is to purchase increased holiday allowance, noticeable for those applying for cyber roles.

The average UK middle management salary in 2017 was £95,000, according to Eurostat: the 4th highest in the EU, which will apply equally to a broad spectrum of corporate roles in the security profession. At the Chief Security Officer level, where they are part of the long-term Incentive plan, annual returns are growing at more than 25% of total compensation.

Revaluation of roles in line with increase in cyber incidents

The survey asked what specific reasons had increased your remuneration or led to a revaluation of your role. A high proportion was due to the increasing volume of cyber incidents facilitated through insider criminality, ransomware attacks and phishing. The range of occurrences seems to highlight how organisations have a lack of preparedness for cyber vulnerabilities and the lack of cybercrime reporting. Over 52% of European companies reported last year that they were unprepared for a cyber attack; even more have no insider threat programme, which ideally should be led by the physical security departments.

Investigating the procurement department saved one company £20 million a year after the Head of Security checked the website of a recently appointed supplier, their directors and their relationships within his own organisation.

Over the last three years, the e-commerce sector has been remixing business norm, such as changing the way we travel from one place to another. For example, Tesla model X, rockets for NASA, driverless cars and Uber bikes. Changes in the transport sector started with automotive and airline mergers post Y2K and then again around 2008. Technology is a disrupting force, even as a relatively new sector, because of the effect it can have on traditional sectors.

Speculation for 2018 is asking will General Electric break itself up, creating three major parts, and one or more of the tech giants bid for the innovation part, releasing billions of return for shareholders. The old core sectors of the economy are concentrating; they are more global. There is not one UK commercial sector unaffected by M&A activity.

The impact on the jobs market for the security sector has been a huge squeeze on traditional roles, and the loss of many management jobs as e-commerce organisations are redefining security parameters and looking for individuals who can work in a day one environment.  Jeff Bezos, CEO of Amazon, has made the idea that it’s always ‘Day 1’ at the company a sort of mantra meant to convey that the company will never stop being a start-up (even after 24 years): ‘Speed matters in business – plus a high-velocity decision making environment is more fun too.’

Whilst new jobs are being generated, these will certainly be more cross functional, in an increasingly matrix management structure.

Artificial Intelligence and Augmented Reality are key factors in job opportunities for workplace enhancement and will open up opportunities for protectors of secure environments for both people and secrets. The Millennial citizen has the mindset that if we share information, a host of developers will innovate and add value to its use. One of the predictions for 2025 is that there will be the ability to have your thoughts

downloaded and stored, and from time to time you sync the stored and real time thoughts. This could be a way of reducing the effects of dementia. Who will protect this market?