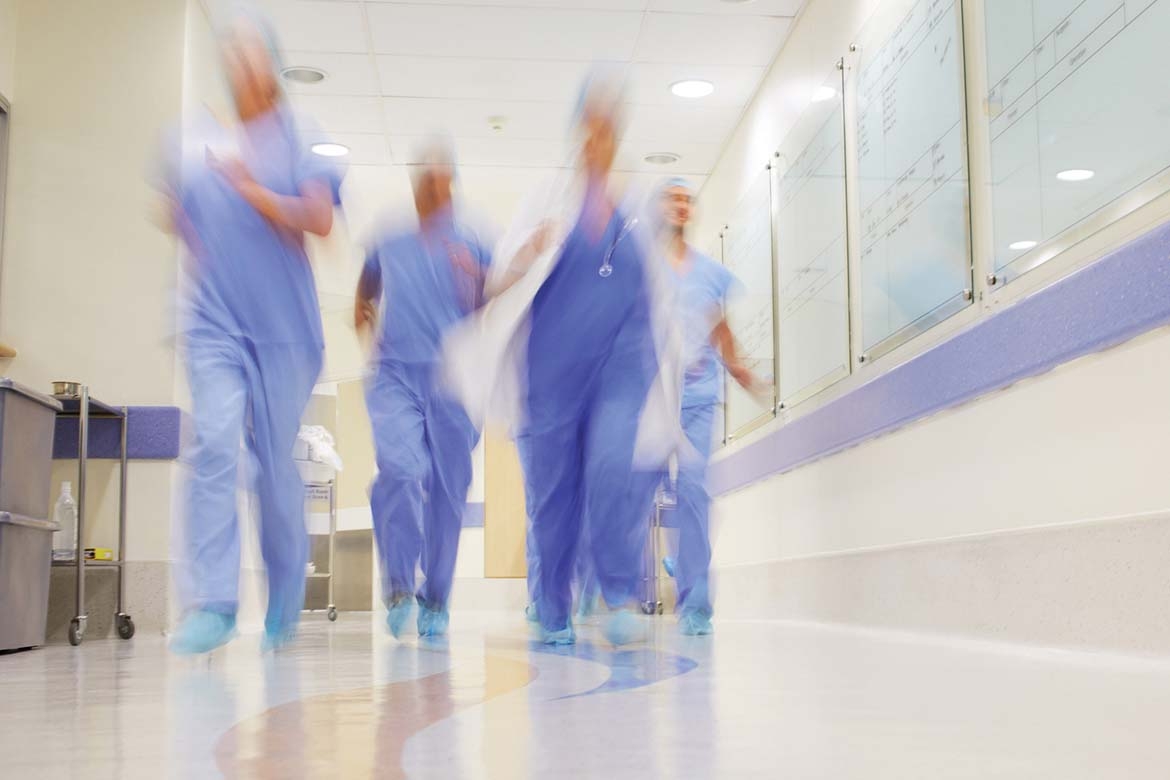 The appalling attack on the Manchester Arena in May 2017 claimed 22 lives, many of them children, teenagers and young parents.

We interviewed Fiona Murphy MBE, the Associate Director of Nursing for End of Life at the Northern Care Alliance NHS Group to share how the bereavement team cared for those who lost their lives in Manchester and their families.

Fiona Murphy has been central in devising approaches to end of life and bereavement care for much of her thirty-year career and clearly understands how sudden and unexpected deaths are a massive shock to families. But as Fiona says, “In these tragic situations, we cannot take the hurt away, but we can show we care. Dying is everyone’s business. Everyone that works in a health care setting and linked roles can contribute to a good dying journey.” It is this philosophy that Fiona puts into action every day and in 2017 in Manchester.

At 5.50am on Tuesday 23rd May 2017, the morning after the Manchester Arena attack, Fiona Murphy received a call from Professor Leeming, the Senior Coroner for Manchester West, saying, “We don’t know how we need you, but we need you.”

At this point, there were nineteen confirmed deaths and the families of those still missing were at the Etihad Stadium.

The team at the Etihad included volunteers from the Red Cross, Police family liaison officers, the Coroner’s Office and security. By lunchtime, the death toll had reached 22. Fiona says, “Collaboratively, between the police, the coroner and nursing teams, we made the decision that whatever we found out, the families would be told.” This was a new approach: in  previous major incidents,  victims’ families were not informed unless identification was 100% confirmed. “We made the decision to say, on what you’ve told us, we are 99% sure this is your relative. We will do our absolute best for you to be with them as soon as possible.” Fiona explained that an hour to a newly bereaved family without visual confirmation of death is a long time. “All our families had been informed by 6pm on 23rd May.”

The next step was to plan the mortuary visits. Fiona and Professor Leeming selected a mortuary that could provide a high level of service for the difficult task of the visits of the families. The team did their best to find out details about each of the individuals who had died: from their favourite colour, how they had their hair, what shampoo they used and their favourite music. The mortuary visits started on Wednesday evening. Explaining their approach to these, Fiona says, “We did something that will change my life forever.”

Historically, in major incidents, families can only see relatives through a glass, on a metal trolley, under white sheet, you can’t kiss or touch or smell. In this instance the approach was quite different.

The families were transferred from the hotel by police escort and they were brought into the mortuary by bereavement nurses. They had prepared the room and the patient in a bespoke way using the information they had been given. Their favourite music was playing, they were wearing pyjamas in their favourite colour. They were in a bed, with a pillow and a duvet. If possible, their hair had been washed in their favourite shampoo. “If we were told their relative hated cold feet, they would be wearing slippers; all these details are really important.” The families were offered handprints, lip kisses, photographs of favourite tattoos, if they wished – something to create a tangible memory of the relative they had lost.

“This was an incredible piece of work that we were privileged to lead, and it has changed the approach to major incidents. We are now on the national major incident plan because Bereavement Nurses are a rare breed.” In Manchester, they have also started a pilot of having a Bereavement Nurse in the Coroner’s Office, who can respond if there is a sudden, unexpected death.

Fiona also explained that security played a key role in the support that was offered to the families of the bereaved. “The media had found out where the families were staying and had booked into the same hotel, pretending to be visitors to get stories.” So, protection of the families from the media was critical. “Following this, they kept everyone away, no press intrusion. Having a member of the security team, someone to help us to protect our families and maintain discreet compassionate care was absolutely vital.”  Following the Manchester Arena attack, Fiona now fully understands the benefit that security teams can bring. Across the Northern Care Alliance, which is a group of five hospitals, they have carried out extensive work with the security teams, working with Tony Carter, Head of Security. “I now appreciate that security is not a different service, they are one of us, they want to make a difference. We work really closely with them. This includes all hospital security teams understanding the SWAN model and what it means, in particular communications training, access to the End of Life care team; there is always someone they can call for advice and support. Additionally, there are comfort packs in each of the Control Rooms.”

The approach that Fiona and her team took at Manchester followed the model of SWAN – an initiative that Fiona has devised. “The SWAN was a symbol of a happy death in Roman times, and we use it to symbolise our philosophy of how to approach caring for those at the end of life and those dying suddenly and unexpectedly.” Fiona believes we can all contribute to a good dying journey.

“SWAN is a model of care and a symbol to tell staff, whoever they are, from security to porters, doctors, ward clerks, hospital volunteers, if you see a swan symbol in your organisation, that means we have a vulnerable patient and family in the dying phase of their life.”

“This symbol gives them permission to act, to be kind, so if you are a volunteer, you can call behind a curtain or knock on the door, offer a newspaper. If you are a member of the catering staff delivering meals, automatically offer that family a hot meal and drink. It is these tiny acts of kindness that show people you really care and make a huge difference.”

SWAN is being used in sixty hospitals nationally. “It is really important, instead of us being specialist nurses, we now are enabling the generalists, whoever they are, to do the small things.”

The staff have permission in traumatic death situations, or expected deaths on a ward, to offer a range of ideas that might help the bereaved family. Similar to Manchester, the opportunity to create a tangible last memory like handprints, lip kisses, or a photograph of a favourite tattoo is provided. Or the chance to lie on the bed and give their relative a last cuddle. Dogs and pets are allowed on the bed too. “These are all things we don’t talk about because we want to provide discreet compassionate care. But the relatives will be heartbroken and need support.” They also enable families to dress their relatives in their favourite clothes, perhaps a favourite shirt and use knitted blankets and other similar items: “Not a shroud to wear and not white crisp linen. Anything to de-medicalise the environment when it is not possible for someone to die at home. “

There is an End of Life Resource Room on all sites. This contains put-you-up beds, food, alcohol (so they can flavour mouth swabs with their relative’s favourite flavour) hand-knitted blankets and Comfort Packs (with toothbrushes, soap and other items to help those suddenly away from home).

The objective as health care professionals and linked professions, needs to show “we really care, this needs to shine”.

The work of the Bereavement Nurses continues following a sudden, unexpected death: they follow up every family, with a call: “I am a bereavement nurse, is there anything I can help you with?” They can help deal with worries, such as paying for the funeral and areas where they can provide support.

Fiona concludes, “I really do believe end of life care and dying is everyone’s business: we can all do something kind, that helps the experience for that family, helps them to walk into their tomorrow. You might think it is insignificant, a small kindness. But just think first, ‘if I was walking in this person’s shoes, what would I need now?’ Be kind to that person in this vulnerable position. This should part of our normal, it shouldn’t be special, this should just be what we do, as a compassionate community.”