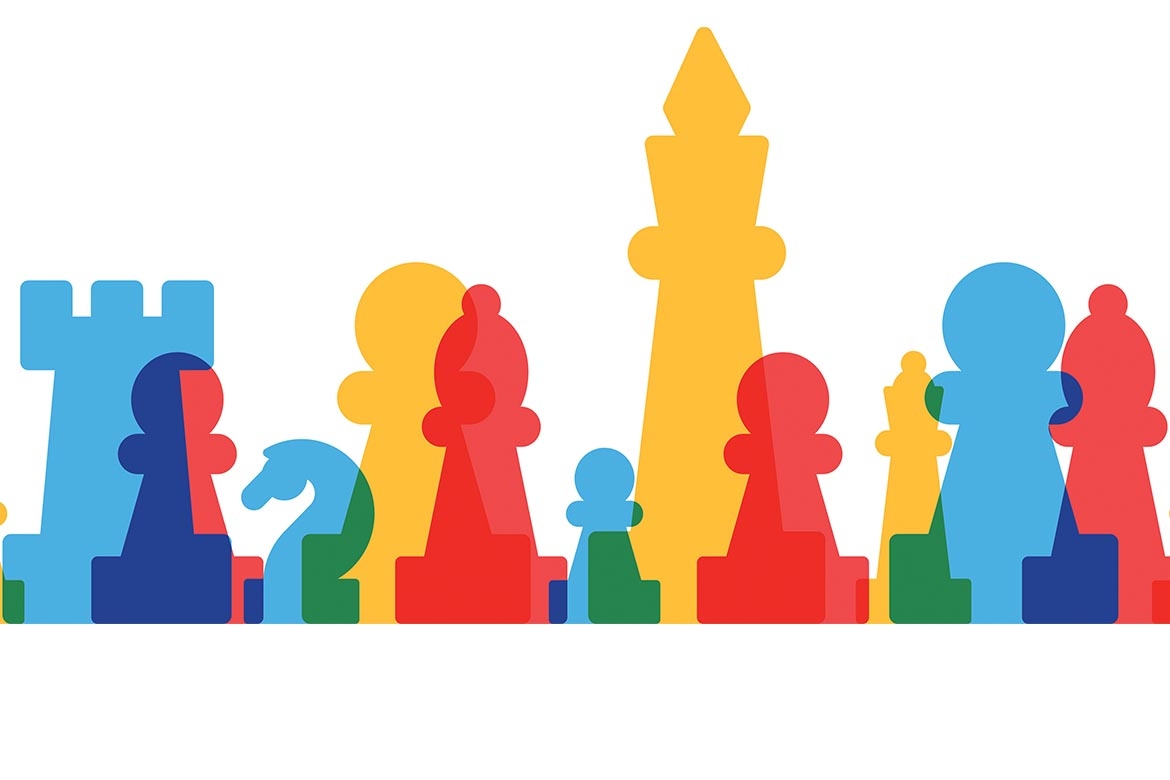 Security and resilience policy post 9/11 was often based on the previous attacks’ methodology. Today the approach has changed to Predictive Resilience, where all possible ways terrorism can cause damage are considered and then technologies are created based on such thinking, meaning we can be instantly more resilient to terrorism.

Cities, populations, states and leaders are affected by the challenges they face. The way these challenges are perceived and prepared for can determine the outcome of a threatening situation. If cities are well prepared, it is likely a threat can be successfully dealt with before it can cause harm. But even if harm does occur, cities can emerge stronger through resilience. Historically, cities have exercised resilience and can offer valuable lessons for today’s world.

In modern history, the aftermath of WWII provides an important example of how resilient cities can be. The destruction of the war was vast: two million homes in Britain were destroyed; 70% of German homes; 1,700 towns in the Soviet Union; and 60,000 French civilians lost their lives. In France, Britain, and West Germany, the state was the main resilience actor in post-war reconstruction.

Citizens exercised a population-style resilience because the fertility rate in Western Europe increased. As a result, Europe recovered economically and politically after WWII: homes were built; populations increased; and European political relations improved. In short, the aftermath of WWII is a historical example of how both citizens and states exercised resilience and refused to let violence stop their way of life.

Today, citizens and states continue to exercise resilience from destruction. But the threat has changed and now comes from terrorism and cyber-attacks rather than conventional war. In an ever-developing response throughout the last twenty years, resilience to terrorist violence has changed dramatically from an approach that learns from recent attack trends, to one of a new approach that includes an innovative private sector.

The 9/11 attacks showed that terrorism can be extremely destructive. No longer were terrorists just unsophisticated radicalised individuals with bombs and guns, terrorists could successfully coordinate a complex attack to cause civilian and infrastructural destruction. The response to terrorism after 9/11 was based on the failures of airport security to detect the weapons used by the attackers to hijack planes.

The 9/11 hijackers used knifes, box cutters, and pepper spray to overpower aircrew and coordinate their attack. Shortly after the attack, airports and airlines in the U.S. and globally required: ID at check-in; shoe removal at checkpoints; screening of handheld baggage; a maximum liquid requirement; ticket only travel; and reinforced cockpit doors. These measures were taken as a reaction to the 9/11 plane hijackers to enhance security at airports and prevent a future similar attack.

Another example of how resilience policy is in response to the attack methodology is shown by the attacks in the United Kingdom. In 2005 Al-Qaeda suicide bombers targeted the London public transport system. The attacks, known as the 7/7 bombings, disrupted the London Underground and bus services by explosives. The UK government responded to 7/7 by improving the security of city transport in London to prevent another type of attack. The underground security system was revitalised with more British Transport Police officers and additional CCTV networks around key stations in the city. Resilience in the UK after 7/7 was a reaction to a recent attack; this was similar to the global change in airport security policy after 9/11.

The Security Services and Resilience

Government policy reaction based on attack trends also includes changes to the state security services. From the early 2000s to 2011, the funding and size of UK security services increased. MI5 grew from 1400 employees in 2001 to 4000 in 2011, with eight new offices across the country, and the combined budgets of GCHQ, MI6 and MI5 doubled since 9/11, to £2bn in 2011.

Between 2000 and 2011, 425 terrorist attacks occurred in the United Kingdom and theincreased budget of security services was during the rising threat of Al-Qaeda. Although this is a more generalised example of policy change to combat terrorism, it is reactionary to the threat of terrorism posed by Al-Qaeda at the time. So, resilience to Al-Qaeda attacks by the state includes extra funding of vital state security and intelligence services in addition to an increase of security operations in airports and public transport.

Policy reaction is not the only type of resilience to terrorism. Predictive Resilience is prevalent today, mainly because of the reality of a coordinated attack like 9/11 and the increasing capacity and expertise within the private security sector. Predictive resilience means determining potential new threats and how to respond should they occur. This is based on predictive intelligence, a method of intelligence analysis that considers the likelihood of a future threat based on available information.

By considering all possible ways terrorism can cause damage and then creating technologies based on such thinking, societies are instantly more resilient to terrorism. When new attack types strike, governments can utilise the new technology in the private sphere to prevent it. In the past, the private sphere used to follow attack trends.

Today the state is still the dominant resilience actor through reactionary policy and predictive intelligence analysis and policy recommended by state intelligence organisations. However, there are new organisations that provide predictive resilience – organisations in the private market. These organisations work on a smaller scale when compared to government agencies; however, they are increasingly specialised, growing in number, and their combined efforts are influential. Private companies cover an array of threat prevention and responses, includingintelligence gathering; drone trackers; analysis software; reports on the threat of CBRN terrorism; educational training; barriers and blockades; tactical response equipment; and logistical support.

Using divergent thinking, a way of thinking that considers all potential outcomes, and applying it to terrorism attack types, private companies have created new technologies that assist resilience to terrorism. So, when futuristic technology becomes a reality, societies are prepared to prevent its usage for terrorism because prevention technology already exists. The private sphere has ‘target hardened’ new technologies for terrorists before they become a reality.

During the Iraq war U.S. private mercenary companies helped attack terrorists; this use of the private sector was based on the trend of guerrilla-style conflict between state armies and terrorists. Although private companies continue to provide traditional support such as arms, security cameras and mesh wires, there is a revolutionary change in the private sector in its thinking and therefore in the products it provides to assist resilience.

Through private company efforts, new technologies are available to governments to improve predictive resilience against terrorism. Most notably, drone trackers have an increasing use due to the potential threat of drone terrorism. In 2019, the U.K. Department for Transport published a report called Taking Flight: The Future of Drones in the UK Government Response, which considers the use of private drone tracker companies to counter the potential threat of drone terrorism. Whilst private-government contracts are nothing new, contractors to the government to assist resilience in the city is a new and growing reality.

Many private companies, like intelligence agencies, consider the likelihood of a future threat. One prediction within the private sphere is the potential of a terrorist attack using self-driving vehicles to hijack and drop from the sky on the city below. Uber and Boeing’s future 2023 air drone, a revolutionary transport technology of self-flying pods between skyscrapers, is a concern to many in the sector as a terrorist target.

Private companies have created software programmes that scan the aerospace, provide live analysis on the flight path of pods, and identify potential threats on the ground and in the air through AI technology. This is another example of how the private sphere is influencing terrorist prevention by new technologies based on predictive intelligence and resilience.

So, what does all this change mean and why is it important?

The significant change is that private companies have adapted their thinking from an attack-based resilience response to one of predictive resilience which is more open to various outcomes. This new thinking means that resilience to new terrorist attack methods, such as hijacking sky-drones, is greatly improved because the technology to identify and prevent this attack exists. Strategic catch-up is evident in the policy reactions to 9/11 and 7/7; now, thinking is one step ahead because it considers not only trends, but future terror possibilities. This working relationship between state intelligence agencies, private companies, and governments is vital to prevent new terrorisms and improve resilience.

See related articles in our Risk Management and Counter Terrorism article categories, including:

What is a resilient company?