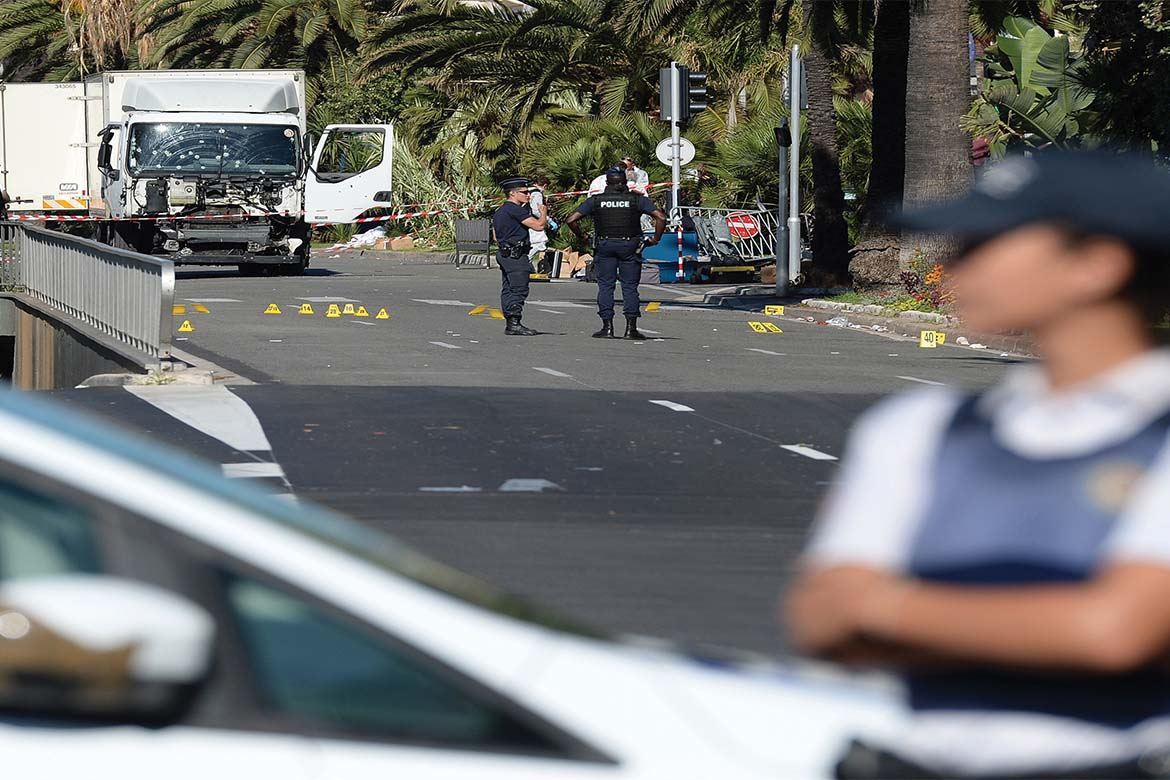 Is 2016 ‘Black Summer’ a security game-changer?

At the time of writing this piece, a random knife attack had just occurred in Russell Square, Central London, involving one attacker killing one and injuring five others.

Only earlier that day, the Metropolitan Police Commissioner, Sir Bernard Hogan-Howe, stated it was ‘When, not if’ we would see a terrorist attack in the UK, also unveiling his new Elite Counter Terrorism Specialist Firearms officers, masked, grey BDU, locked-and-loaded, standing by their high-powered motorbikes poised for action. I woke the following morning to find twenty or so missed calls and text messages from the media in a frenzy that Russell Square was a terrorist attack. I’m sure I wasn’t alone in believing there was a good ‘possibility’. A little later that morning it was confirmed the perpetrator’s actual motive was in fact mental illness. No evidence of radicalisation. We can’t blame the media for their initial speculations though, especially after the sheer volume of sustained attacks across Europe we’ve seen in the last year.

Since 2013, when Islamic State (ISIS, ISIL or Daesh) formally established themselves, the last two years has seen an unprecedented number of attacks, in excess of seventy ‘inspired or conducted’ in their name across twenty countries. The sheer range and diversity of attacks from lone wolves through to hostage taking, massacres of innocent civilians via vehicles, street stabbings, in churches, on trains, music venues and nightclubs by active shooters, suicide bombers and marauding terrorist attacks has created a prevailing unease across the authorities, security sectors and general public alike, an unease I’ve not seen in twenty-five years in security.

Daesh’s new model of terrorism taps directly into and inspires individuals with histories of criminality and mental illness, the majority of whom are unknowns to the authorities and intelligence agencies. This guerilla warfare by the disenchanted, disillusioned and mentally vulnerable now needs new thinking, methods, means and solutions in order to combat it.

Naturally, there are still those, such as the attackers in Paris and Belgium, who will plan and execute their plans through the conventional chains of command, as we’ve been more used to with the likes of Al Qaeda.

However, this now been expanded to in-directly recruiting those seeking to exact their retribution on society, camouflaging it with a desperate attempt of credibility, through pledging support to extremists, shouting ‘Allah Akbar’ and unfurling a black flag with the Shahada. It is these new ‘bedroom terrorists’ (a term I coined a while back) we now evidently need to tackle with additional and alternate strategies.

We can no longer rely or anticipate there will always be the traditional ‘attack planning cycles’ that would pre-empt an attack. No longer can we simply prepare for historic methods and delivery of attacks. The sheer spontaneity of this ‘new wave’ makes it far less easy to predict.

We truly have a ‘world-beating’ counter terrorism and intelligence capability, but even they can’t solve this alone, despite the astounding success they continuingly achieve (if only the general public were aware of how many plots they actually have intercepted).

With the threats even less visible than ever before, they need us, the general public, more than ever to be their ‘eyes and ears’. We, within the security sectors, have constantly stated this and hopefully it’s now sinking in.

Recent figures state at least 32 calls are now received by the Anti-Terrorist Hotline, 5 referrals of extremist materials online and 2 instances of potential radicalisation are reported, every day. Without fully engaging the general public’s help, we simply can’t improve our chances of gaining that pre-emptive advantage needed. But in addition to this, I believe there are critical ‘junction’ points that, if addressed robustly and effectively, do give us even greater chances of interrupting these attackers. However, this will take time. A considerable amount of time.

So, where are the roots and what should, in my opinion, be considered? The options are numerous, but when we analyse many of the contributing factors, there do appear to be certain commonalities across a majority of this new breed of perpetrators. Criminality and mental illness elements figure highly within their profiles. With the Prevent strategy now gaining results, this needs to expand to the other areas where the vulnerable and susceptible are. We, as a nation, have pitifully degraded our support to mental health and care workers in that field.

Statistically, 75% of all mental health issues start in adolescents and children are waiting on average 3 years for mental health treatment. Little is also being done to promote mental health issues, awareness and support in schools. Let’s not forget this demographic are also the most prolific users of social media. This needs seriously addressing on all levels and we need to start investing responsibly in this sector.

The next catchment to perhaps consider is those with historic criminal profiles. Know the saying ‘it takes a thief to catch a thief’?

Expecting honour amongst thieves might be stretching it, but they all have mothers, fathers, brothers, sisters. Maybe target this community, not only from a personal perspective, like the rest of us, but also in a more direct sense to their base motivations.

Money. Incentivise, through a bounty initiative, their reporting any information relating to a potential suspect with terrorist intentions. It’s not a massive leap from, and only capitalising on, already highly successful public engagements such as CrimeStoppers. Simply extend these already effective and proven entities. Anything to add to the existing tapestry of intelligence gathering can only help.

The above ideas are simply that, ideas. If there was a simple straightforward solution, people far cleverer than me would have figured it out or are hopefully in the process of doing so as I write.

However, and for now, there’s a long road ahead and every idea needs to be explored.