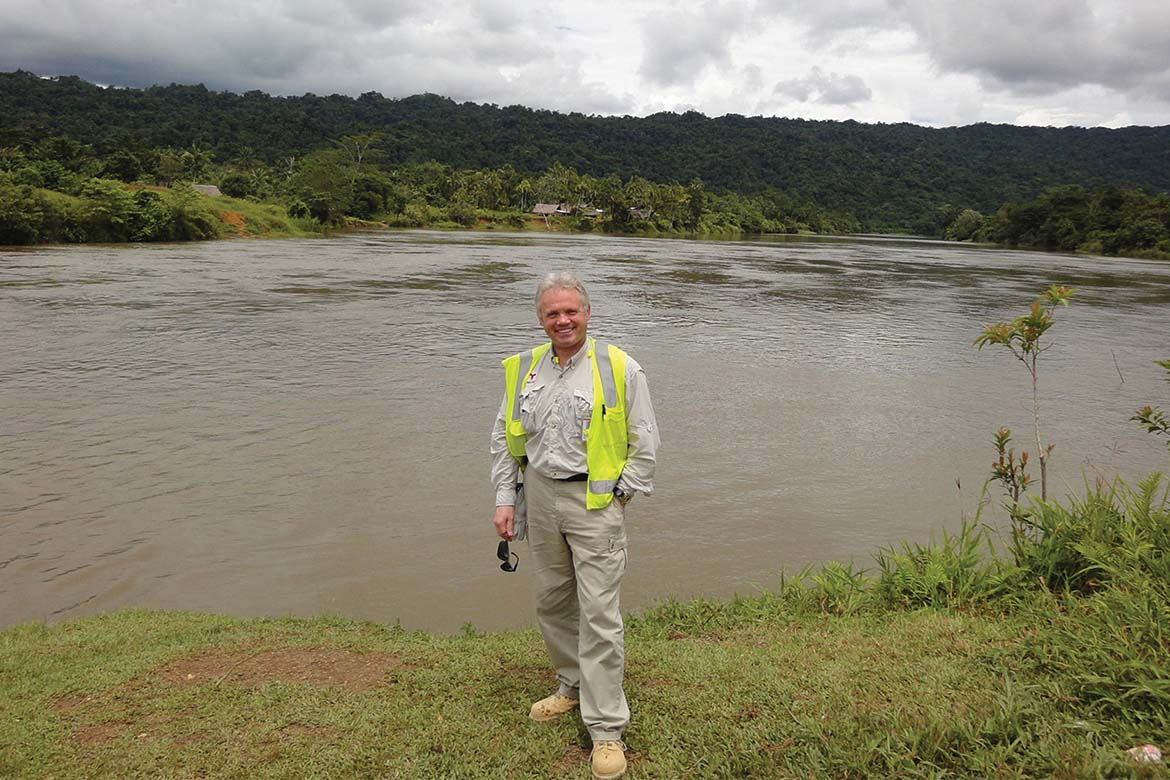 Mark Slater FSyI CSyP, who passed away just before Christmas, was an accomplished security professional, academic and former soldier who is greatly missed by many in the security community.

Mark served in the Royal Military Police for 22 years and had a distinguished career.  Early on he earned his Military Parachute Wings and completed two tours as part of the Parachute Provost element of 5 Airborne Brigade based in Aldershot; the first as a soldier and the second as the Platoon Commander. He distinguished himself further by completing multiple tours of Africa as a close protection operative and Northern Ireland as a soldier during the troubles. Mark chose to challenge himself rather than to chase promotion and as a result he achieved more in his time than most and retired as a very highly qualified and experienced Staff Sergeant. Those of us who experienced his leadership rated him above most of the officers of the unit for his ability to inspire and get the best out of us and for always treating people with respect. He was extremely well respected.

Drawing on the vast experience and skills within complex environments that he had gained from his military career, Mark became a consultant to the oil and gas industry, delivering HSE and operational risk support to both on and offshore installations worldwide. His work for a number of major oil and gas companies and service companies, most notably ExxonMobil, saw him based – often for many months at a time – in places like Algeria, Tunisia, Papua New Guinea, Kurdistan and Uganda. Mark’s LinkedIn profile displays high praise by those he has worked for or with, who have described his personal and professional qualities as ‘personable and adaptable’, ‘a team player’, trustworthy’, ‘loyal’, ‘innovative’, ‘energetic’, ‘very organised’, ‘a very good planner’ and ‘able to work under pressure’. Overall, Mark is acknowledged as ‘a talented security manager’ with ‘a wealth of knowledge in risk management and HSE’, ‘a certified professional from whom I have learned much’, and a consummate professional who ‘maintains the highest standards in all he does’ and ‘goes the extra mile to assure client satisfaction’.

Not content simply with a demanding and often dangerous career in challenging areas of the world, at the same time as his move into the private sector, Mark decided that he needed to stretch himself academically. He completed a diploma in occupational health and safety in 2003, and then enrolled on a part-time distance learning degree in Risk and Security Management at the University of Portsmouth. Mark threw himself into achieving not only his degree but also a subsequent MSc in Criminology and Criminal Justice, followed by a Postgraduate Diploma in Occupational Health and Safety at the Royal College of Arts. Mark then returned to Portsmouth in 2011 to study for a Professional Doctorate in Security Risk Management, and around the same time successfully attained the newly launched Chartered Security Professional qualification. He also became actively involved in the Security Institute, working on a voluntary basis to support its ongoing ‘Knowledge Centre’ project with a view to developing member resources in the section on Crime and Criminology.

Mark’s doctoral studies were titled ‘Forging new hydrocarbon frontiers: the complexity of securing onshore oil and gas exploration and development projects operations in developing countries’. He undertook interviews with thirty managers and project professionals from across the global oil and gas industry, with a view to informing knowledge and practice in this area. Mark was making significant progress and considering a transition into an academic career, and it is a great loss to the security community that he did not gain the opportunity to share his considerable expertise through research and teaching.

Born in 1960 and brought up in South Shields, a coastal town at the mouth of the River Tyne, Mark spent many hours on cliff side walks with his father Harry, developing a love of the outdoors which informed his life and career choices. Indeed, Mark described himself as an ‘avid sports enthusiast of any description’, and his extra-curricular accomplishments included completing numerous triathlons including the challenging ‘Iron Man’, consisting of a 2.4 mile swim, a 112 mile bicycle ride and a marathon run.

Mark began his education at South Shield Grammar and Technical School for Boys, although his considerable academic achievements occurred much later in his life. After a number of jobs (selling motorbikes, working for the Coal Board and in a local pipefitting company) he decided that the police would provide some of the interest and excitement he sought. After a few years with Northumbria Police, however, he decided this had become too routine so he announced he was joining the Royal Military Police (RMP).

On a visit home in 1998, Mark met his future wife Sharon in a chance encounter at King’s Cross station. The love of his life, Sharon became the centre of his world, described by Mark as ‘my inspiration’. Sharon brought stability and foundation, which were so important to Mark since his life certainly did not slow down on his transition from the public to the private sector.

What is clear was that Mark loved life, accomplished much, and influenced many.

He will be missed.