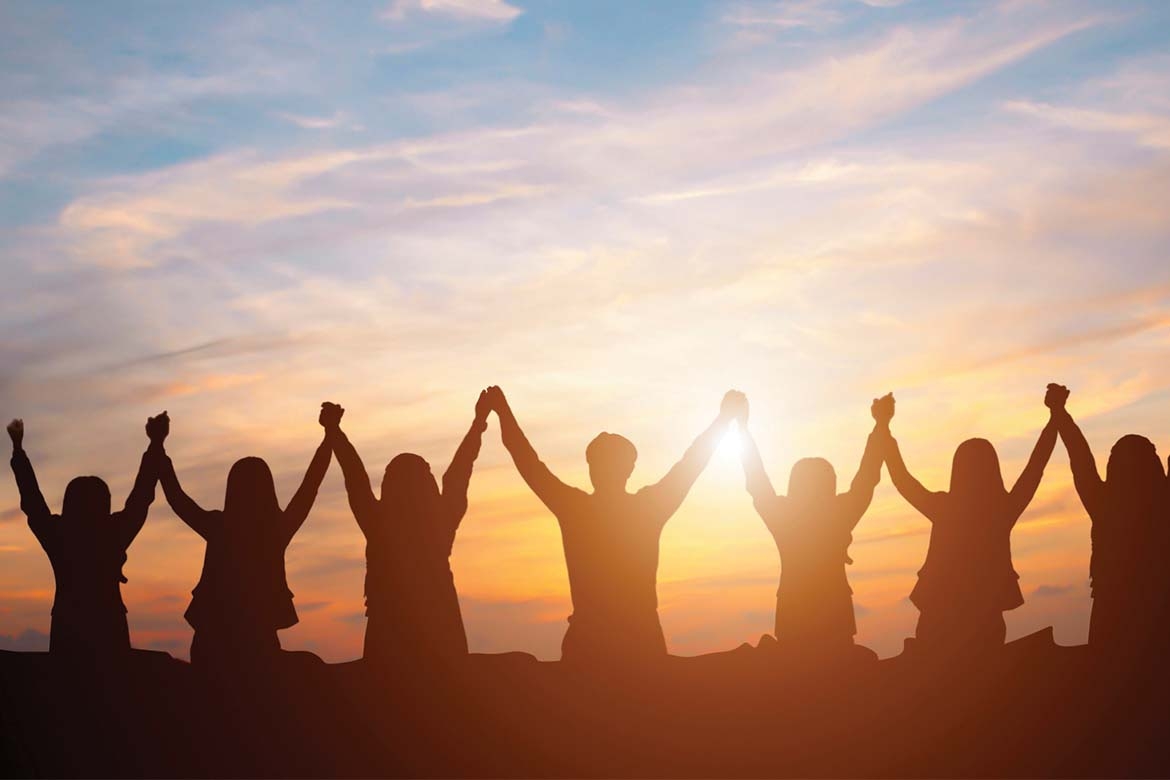 Community resilience is the bedrock of group survivability and sustainability. By imparting skills that bring organisations together we will be better able to deal with disruption.

Beyond personal and organisational resilience, yet short of national resilience, there is another crucial dimension. This is the world of community resilience. We cannot ‘survive and thrive’ (a useful definition of resilience) in silos, whether at home or in the office. We need to interact with others to provide a collective response when dealing with major challenges.

The community can provide the bedrock to a cohesive, sustained response. Surprisingly, the topic is all too often neglected when resilience is discussed.

The value of social capital

A community comes together for a variety of reasons – interest, recreation, speciality, culture, ethnicity, etc. There is the common, unstated aim of strengthening ‘social capital’. This is about the soft side of resilience, namely those people-oriented aspects that often get somewhat forgotten in the hard plans, policies, procedures and physical infrastructure normally associated with safety and security. Rather, the social element is based about trust, empowerment, leadership, networking, culture, civic engagement, neighbourliness, etc. These characteristics knit people together in adversity.

In a careful study of the Fukushima earthquake in Japan in 2011, it has been shown that communities with deeper reservoirs of social capital had higher survival rates and faster recovery rates.

To help identify how best to improve collective resilience and social capital, Resilience First undertook a study of a business community in a small part of London. Fitzrovia (W1) has a diverse mix of residential and commercial properties, with 140,000 workers employed by around 15,000 businesses. SMEs represent 96% of registered businesses and 60% of jobs. While an affluent area, it has pockets of deprivation and high inequality, and a high turnover of businesses, workers, residents (10,000), students and migrants; this makes the community fluid and diverse.

From the start, the Fitzrovia project was based on the concept that community resilience can only be firmly established by the community themselves, i.e. from the bottom up. While top-down, city-wide strategies give overall direction to a large conurbation, only at the local, ground level will people grasp resilience to the point where it can be applied in practice. Some say a city can’t be truly resilient if the people aren’t minded tobe so.

In trying to identify commonalities, the project began with a small-scale survey to understand the baseline of concerns and appetite for resilience. The survey revealed that the top three disrupters across all sectors were the transport network, rents and rates increases, and demands on the public realm. Terrorism, climate change and even crime did not feature in the top rankings as they were outside most people’s local experiences and concerns.

The key lesson was that each community has its own unique challenges. Solutions to address perceived or real problems do not necessarily provide the hooks to engage on the wider topic of community resilience. However, if generic remedies can be offered then no matter what the threat or disrupter is, there is a common baseline from which to operate. By way of simple example, it doesn’t matter if the water is coming through the floorboards or the roof, the imperative is to stop and remove it!

Another important finding was that although Fitzrovia has a high diversity of businesses with a strong identify of place, organisations were working in relative isolation: the area was more a neighbourhood than a cohesive community. Interestingly, while the benefits of collaboration were recognised, connectivity and communications were weak. Nevertheless, around two-fifths of those surveyed showed a willingness to outreach to neighbouring businesses to build community resilience, while over three-quarters were interested in working with other enterprises to develop a resilience action plan. There is the goal.

Community resilience is not a quick fix. It aims to address long-term survivability and sustainability. This means that it is as much about shaping culture and changing behaviours – social capital – as it is about designing practical measures. These are preparatory steps which take time to establish. However, any post-incident recovery will be eased by these pre-event measures. So what can be done to impart both the essence of resilience – agility and adaptability – to communities to strengthen resilience?

Here are some useful pointers:

From the above, it is possible to create a template for action. Such a template can be threat agnostic, holistic and universal. It is more than a contract sheet – which is essential – but a road map to guide groups that constitute or wish to strengthen a community.

It is worth reflecting on words from the Fukushima study: ‘Individuals with strong ties to other residents, with a strong sense of belonging, and with a strong sense of community are more likely to return to a damaged area and work to rebuild. This option, called voice, is used less by those with fewer connections; such isolated or less integrated individuals opt instead for exit.’ There can be no better rationale for greater community resilience.