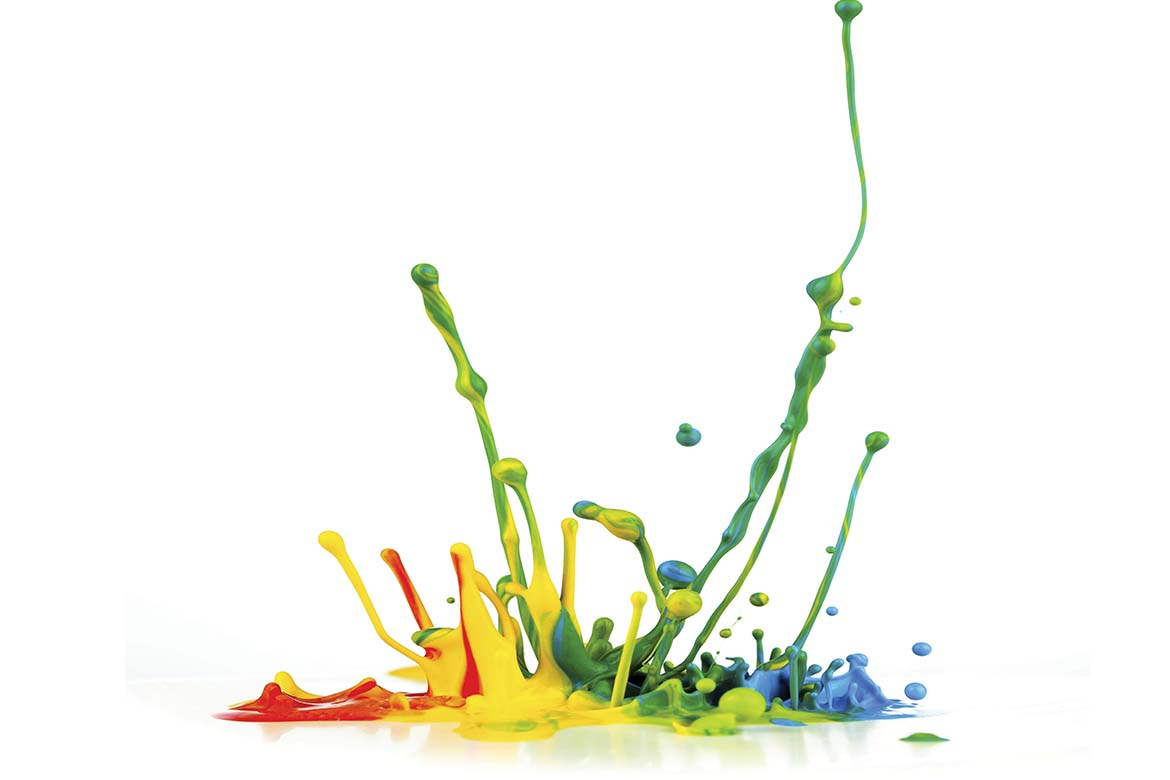 Tristan Olivier of Lead Survey argues that harm from leaded fuel, paint and dust exposure is linked to violent crime and can last a lifetime.

Compelling research over decades has established an ever-stronger link between child lead exposure and violent criminality. The delay between cause and effect for different categories of crime is typically 19-23 years. The lead/crime link is largely blamed on the use of tetraethyl lead as an ‘anti-knock’ agent in petrol. Since its removal, however, the main sources of lead exposure are now considered to be from the widespread use of lead-containing paint and other lead-containing materials (LCMs), including water supply pipework. Lead paint-related exposure risks arise from everyday wear and tear as well as from DIY disturbances and commercial repair, maintenance, refurbishment and demolition activities.

In the UK, up until now, there has been little willingness to recognise the necessity for a long-term solution to the society-wide consequences of lead exposure – despite the United Nations Environment Programme and World Health Organisation initiative known as GAELP: The Global Alliance to Eliminate Lead in Paint. The UK’s not-for-profit Lead Paint Safety Association (LiPSA) has lent its voice and support to the aims and objectives of this collaborative effort since its launch in 2010.

Lead exposure risks are so far off people’s radar that LiPSA has fielded calls from Health England, the Environment Agency and General Practitioners requiring guidance on a subject you’d expect them to understand rather better.

One UK child’s lead-poisoned status was not confirmed as a major part of his condition until paediatricians had been scratching their heads for five years. Now in his early teens, he requires 24-hour residential care and has a mental age of 11 months. His name is Henry.

Lead is a neuro-toxin that affects brain development, behaviour and learning in children. It damages that part of the brain’s cognitive function responsible for impulse control and decision-making. Boys can be up to 5 times more vulnerable than girls, and lead exposure can increase the incidence of ADHD by up to 4 times. Childhood and life-time lead exposures are known contributors to early onset dementia, hypertension and cancer.

There can be significant overlaps between lead exposure and Special Educational Needs provision (including Autistic Spectrum Disorders – ASD). Because of the UK’s ‘blindness’ to lead exposure, lead poisoned children are being misdiagnosed as having ASD because routine blood lead testing is not standard procedure. Without appropriate environmental investigation, avoidable lead exposure effects get even worse and even more expensive and difficult to manage.

Because the body ‘sees’ lead as calcium or iron, it is easy to understand why children and women of reproductive capacity are most vulnerable to its adverse health effects – because it is ‘used’ for bone and blood formation. As well as direct poisoning effects, lead also acts as an antagonist, compromising the body’s ability to metabolise other essential minerals, such as zinc and magnesium.

Children from poorer backgrounds are likely to have greater likelihood of lead exposure because of less well-maintained housing. In addition, research has shown that children of Afro-Caribbean descent can be at greater risk because of their superior ability to absorb calcium – which lead, if inhaled or ingested, readily replaces.

Forty years ago, in 1974, The Ecologist magazine published an 11-page article by D. Bryce-Smith and H.Waldron on the subject of ‘Lead, Behaviour and Criminality’.

The ability of chemical substances to affect behaviour have been known ever since the discovery of alcoholic fermentation. In the context of lead exposure, however, few appreciate the microscopic exposure levels that can cause adverse effects without any sign of visible clinical symptoms. Unless you are looking for the problem, how would you know it existed at all?

Rick Nevin’s 9-country research into lead exposure and criminality provides consistent and valuable detail. Leaded fuel exhaust emissions rose steadily in the US from the ‘40s through the early ‘70s and nearly quadrupled in that period. As unleaded fuel started to be introduced lead emissions plummeted. Albeit with a 20-year time-lag (approx.) crime rates rose correspondingly through the ‘60s and ‘80s/90s before tailing off. Despite numerous attempts, no other explanation for the variable pattern of violent crime around the world fits better than lead and, in some cases, it has been possible to analyse this right down to regional and city-specific patterns of leaded fuel consumption.

Interestingly, Giuliani’s ‘zero-tolerance’ policing success in New York can be shown to owe rather more to lead exposure reduction activities that pre-dated his tenure. In fact, the positive impact of reduced leaded fuel use was further boosted by widespread replacement of lead-painted windows in federal (social) housing two decades earlier. When Giuliani took office, crime statistics were already on a downward tick.

Bernard Gesch’s 3-year research at Scotland’s Polmont Young Offender Institute, funded by the Wellcome Trust, is expected to report its findings soon. Gesch has been researching the extent to which inmates’ mineral and dietary intake can be re-balanced to bring about significant reduction in their violent behaviour. His findings will add to a growing body of knowledge about the extent to which avoidable environmental toxins and poor diet are compromising the life chances of those affected. Given what we know about child lead exposure, it would seem reasonable to expect these adverse effects to have started very early in a child’s life.

Taken together, it is hard to imagine that known insights to the likely age, ethnicity and gender of typical violent criminals could not be put to good use and appropriate interventions developed to prevent the problem from occurring in the first place.

Now that tetraethyl lead in petrol has been virtually eliminated, it would be tempting to expect related crime statistics to drop to pre-leaded petrol levels. They never will. Every ounce of lead exhaust particles ever produced will continue to contaminate our soils and water supplies and, during dry spells, can become re-entrained into the air we breathe – affecting us, wherever we are.

Well over half of the UK’s building stock is likely to be affected by lead hazards.

The toxicity of lead is such that the UK’s Health Protection Agency, along with other bodies around the world, does not consider there to be a ‘safe’ level of exposure for children. There is no threshold level below which lead exposure can be shown not to have any adverse effects.

In an occupational exposure context, whether as an employee going about his or her daily business, whatever that may be, or as an operative specifically involved in lead exposure risk activities, employers have a duty to control lead in the workplace.

Buildings can present immediate lead exposure risks to their occupants as a result of everyday wear and tear and inadequate maintenance, repair and cleaning – even before such works are carried out.

Currently, an Art College is having to work quickly to address pre-construction lead contamination issues throughout its Victorian building. There has been a long-term ‘significant’ exposure risk potential in staff areas used for drinks and snack preparation. All of the College’s advisers over the years, including facilities managers, surveyors, architects, CDM Co-ordinators, Occupational Health and Health and Safety advisers, as well as its staff’s union representatives, have failed to identify yet alone address this widespread problem.  How can a client be expected to know of its lead obligations if its advisers and their professional institutions don’t have a handle on the issue?

Dust wipe sampling and lead surveys of each campus are being commissioned, and staff blood lead levels checked, to identify individuals potentially at high risk – especially if pregnant. A lead policy and register are being developed.

Construction clients have the greatest potential liability issues with substantial projects, often in occupied buildings. They must provide pre-construction information to contractors invited to tender on a given project. Where paintwork is going to be disturbed, even if only “…preparing paintwork”, lead surveys are stated by the Health and Safety Executive (HSE) to be a requirement. Some of the professional institutions are starting to recognise, review and re-write their guidance so as to iron out errors and inconsistencies.

Almost industry-wide lack of awareness means that contractors can frequently find themselves with lead hazards issues part way through a project. This can result in project delays and unavoidable cost increases, not to mention the potential liability implications, which could have been mitigated at the outset.

Right now a major fit-out contractor, which had to commission its own lead surveys to identify potential lead exposure and compliance issues, is struggling for reimbursement of lead risk management costs expenses that weren’t identified by the client for inclusion in its tender. As a result of high lead content in window frames, these are being grit-blasted off-site to minimise on-site exposure risks to operatives and the general public. The client, a globally known and respected brand, is being advised by similarly well-known but ill informed ‘professionals’. Contractors should not have to pay for client failures.

But, even if contractors take the first step of commissioning a lead survey to understand the extent of any lead problem, most seem to bow to commercial pressure to get on with the job without fulfilling the various mandatory requirements for biological monitoring of blood lead levels, lead-in-air monitoring and training. In general, the construction industry supply chain is unwilling to address its legal obligations. This has potentially far-reaching implications for construction operatives, their families and any others likely to be affected by their activities.

Those organisations and authorities whom we could reasonably expect to have a lead competency and to exercise the necessary duty of care in the provision of their specialist areas are falling well short of the mark.

Today, we have more research data and more sensitive analytical techniques for health, surveys and environmental analysis than ever before. The US and France have set a pace which we must surely follow.

By continuing to overlook the lead problem, UK Plc is failing to reap the long-term health and economic rewards, that could be measured in £Billions, now starting to be enjoyed by the US and France.

If you operate in the Facilities Management / Real Estate sector and you manage a portfolio of property and projects then the subject of Lead Hazards must be addressed.