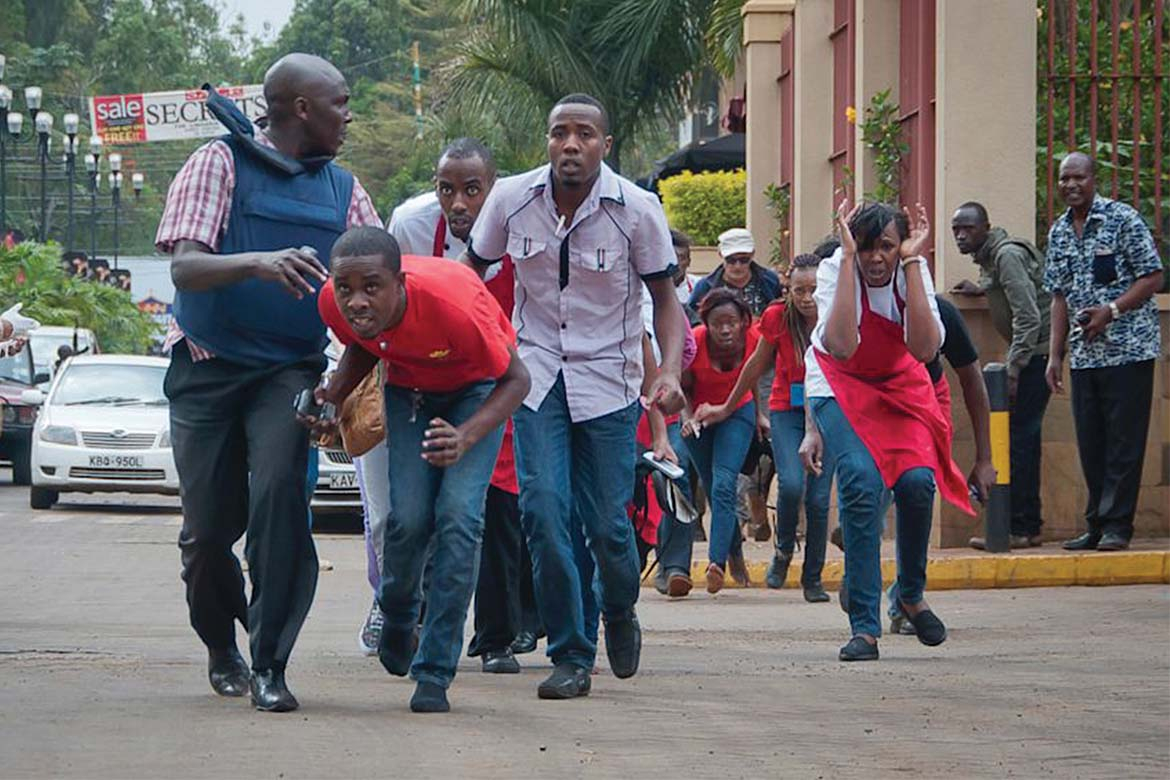 Kenya – Security priorities for the short and long term

It is widely acknowledged by anyone with experience in anti-terrorist or counter-insurgency operations that the odds are firmly stacked against the security agencies, and in favour of terrorists – who only need to get things right once in order for them to claim success.

Revisiting the tragic events in Kenya for post-incident analysis of a situation, while painful, is critical. Re-fighting the battle on Monday morning should focus on the run-up and how the incident was made possible, rather than spending too much energy on the incident itself.

To avoid a major terrorist attack, such as the Westgate Mall, the Kenyan government and the Kenyan Defence Forces (KDF) must look at some quick wins as well as things that need to be addressed culturally, a change journey that will take the country a number of years.

Immediately, Kenya’s security capability and responsiveness can be improved by looking at processes within the new unified police force. The recent merger of two forces from totally separate bodies, to form one national force, was essential, but integration must be speeded up. In the short term this merger hinders operational effectiveness, but longer-term will pay dividends for national security. It is a rather sad and inauspicious start to the new force from this incident.

Secondly, inter-agency and inter-service rivalries, perhaps a legacy from before the merger, need to be resolved. These exist between the armed forces, intelligence services and the police, and often result in turf wars. A by-product of these turf wars is the subsequent hording of information and intelligence.

Kenya is not unique in this, which is so often a problem, to a greater or lesser degree, in multi-agency crime initiatives. The Westgate attack was a robust and costly lesson; however, the attack should galvanise the government to establish a more sophisticated capability for intelligence sharing and threat integration.

Blurring of responsibilities in Kenyan security

Furthermore, the government needs to look carefully at its procedures for its agencies’ command and control. The blurring of responsibilities between police and military, it is claimed, allowed terrorists at Westgate to gain an initial advantage and consolidate an advantageous position. The rapid mobilisation of units capable of anti-terrorist threats might have resolved the situation sooner; fundamentally, the delays cost lives.

As a rule of thumb, there should always be police primacy in any criminal or terrorist incident, with a formal handover to the military if military capabilities are required. Post incident, there is a formal return to police control. It seems this simple procedure did not occur, and Kenya clearly needs to address this issue and its command procedures most urgently.

Though controversial, something like the Westgate attack was almost certain to happen. Kenya’s involvement in Somalia (and its war against Al-Shebaab) has been accompanied by a longstanding and well documented deterioration in the security climate, with an increase in major crime such as home invasions and kidnapping. Terrorism and other criminality can flourish when bribery and corruption is commonplace, leaving the country with porous borders for the inward flow of men and the necessary military equipment, and the freedom for their movement around the country despite police vehicle checkpoints.

Corruption sees the squandering of resources, which should be utilised for recruitment, selection, vetting, training and equipment, being diverted to the private accounts of suppliers and government officials.

Kenya is looking into the allegations which have been made concerning the looting of the mall by the security services, while at the scene, rather than dealing with its resolution. This comes only a few months after a similar enquiry being launched into security officials and police, who were looting a duty-free shop during the fire at Nairobi International Airport.

Sadly, corruption and greed spans the rank structure of the services, and while it might be a few incidents, it becomes a major focus.

Some praise for Kenyan security

That said, it must be emphasised that the Kenyan security agencies should be praised and recognised for thwarting a number of previous incidents when Nairobi and other cities have been targeted.

Kenya clearly won the war against Al-Shebaab in Somalia, the decisive action being the taking of Kismayo, but the government must now recognise that as the overt war diminishes, so the covert war begins. The paradigm is diametric, as has become apparent to governments such as the UK and US, with their involvement in Iraq and Afghanistan. With terrorism now growing at home, Kenya needs to switch resources away from military operations to an intelligence-led war. It has these resources, both internally or through its allies, and all are keen to support Kenya in its efforts.

Unfortunately, while corruption is rife across the government, a lot of effort will be in vain. Surveillance drones maybe flying, controlled from different continents; the internet and phones might be monitored by the National State Intelligence Services – all to gain that essential piece of intelligence to foil an attack. However, as long as a terrorist can courier essential equipment to stage an attack or bombing, and move with impunity, they will have the upper hand.