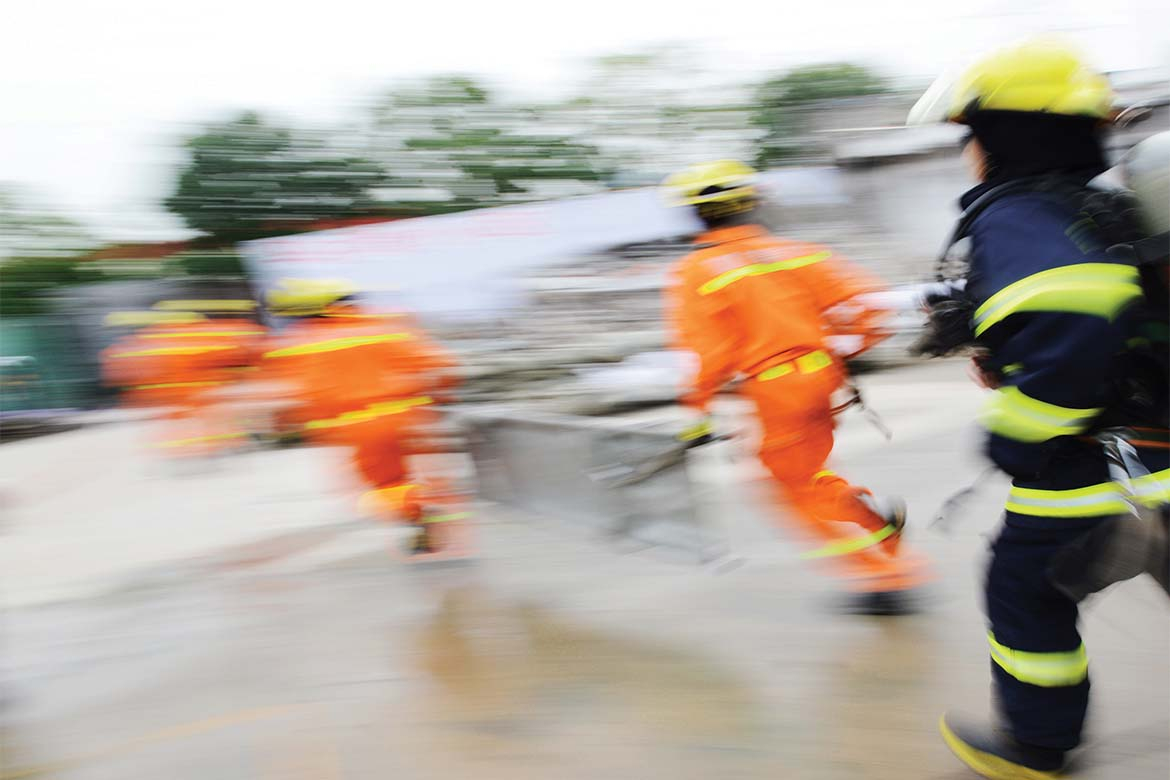 There are a very wide variety of major incidents that are faced by our emergency services within our cities and towns.

These incidents can range from natural disasters such as fire or flood to manmade disasters such as Hazmat spills, vehicle or aircraft crashes or, at worst, a terror related attack such as an active shooter or bombings, as seen in some of Europe’s cities in recent times.

The actions that are taken by emergency services are of paramount importance, determining the safety of the innocent civilians involved and the successful outcome of the incident. From the onset, there is usually minimal information about what has happened or what is going on; most of the information that is received is usually fragmented and sometimes conflicting.

The initial information will come from distressed and confused members of the public communicating their own version of events. The emergency services will be directly involved in segments of response until an authority of command is established; this can be many minutes from happening, dependent on the type and severity of the incident. Every business has a legal requirement covered by The Management of Health and Safety at Work Regulations 1999. These stipulate that every business and employer in control of premises must establish “appropriate procedures to be followed in the event of serious and imminent danger”. Then there is the commercial and reputational risk if the controlling organisation is exposed for having inadequate planning and procedures.

Most businesses will have emergency response and business continuity plans in place, developed in conjunction with the emergency services, police, fire and hospital accident and emergency, and in liaison with surrounding businesses and other organisations.

These plans are only effective if they are regularly reviewed, updated and rehearsed to check they work and to implement improvements where necessary. Designated security staff should be effectively trained so they can effectively perform their role. Vital skills, such as first aid and trauma response, must be regularly updated and refreshed.

Role of the Emergency Response Officer

Following any emergency, the first few minutes are absolutely critical. Personnel who are trained, willing and able to support a response, without putting themselves or others at risk, are a vital asset to the emergency services upon their arrival.

Some organisations identify an Emergency Response Officer who is trained to identify, report and assess the situation, to communicate essential factual information, together with assisting victims. They will be competent in ensuring equipment, such as first aid kits and fire and communications equipment, are checked and maintained as necessary.

Risk can never be eliminated, but we can take steps to reduce the negative impact of a major incident and help keep employees, visitors and public safe.