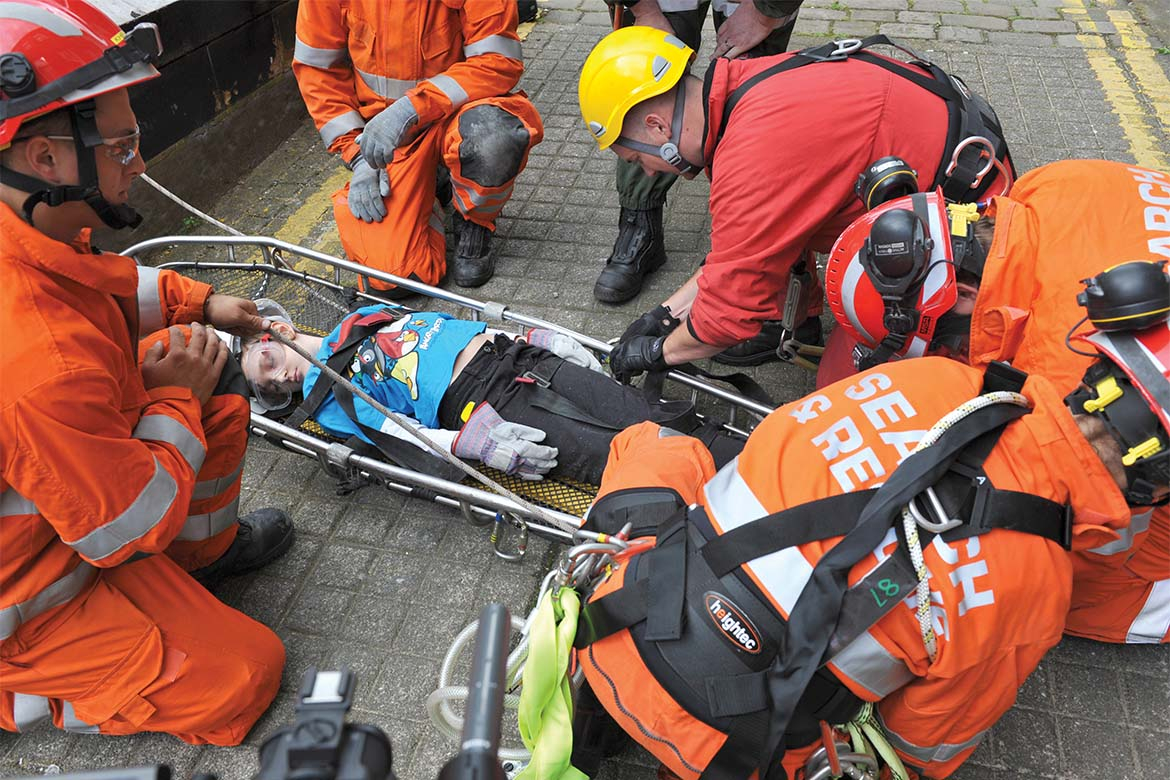 Fire & Rescue Service at Forefront of the Emergency Response

Standing shoulder to shoulder with other emergency service responders, the Fire and Rescue Service (FRS) plays a key role in the response to terrorist incidents. The 1974 Birmingham pub bombings, the attack on the Grand Hotel in Brighton by the IRA in 1984 and the 2007 Glasgow International Airport attack, alongside numerous incidents in and around London, have all shown the FRS at the very forefront of the emergency response. This iconic imagery has been captured by the media and provides a lasting reminder of the threat we have faced for some decades.

Of late, and particularly following the events of 11 September 2001 in the USA, the nature and capability of the response has increased significantly in reaction to current and escalating threats. The role of the FRS extends beyond the obvious fire-fighting and rescue capability into one of a partner agency that is integrated at both national and local level into planning, response and recovery arrangements.

Given the increasing level of sophistication and expertise that exists in the Counter Terrorism (CT) world, it is vital that the FRS develops and maintains itself as a trusted partner which possesses many valuable tools and can call on a wealth of expertise. After all, the service has extensive experience in carrying out technical rescues, which can arise in everyday life as a result of accidents, but often present extraordinary predicaments.

Sadly, it is these types of rescues which often characterise the aftermath of a terrorist attack. In addition to the normal Incident Command considerations, however, is malicious intent, which brings an extra layer of uncertainty and potential volatility in which emergency responders must work.

Imagining the unimaginable is difficult for anyone but fortunately the service finds itself well placed, alongside Police and Ambulance partners, to operate within the inner cordon to undertake rescues and save life, whilst preserving a forensically rich and important environment. The challenge of changing preconceived ideas about the FRS capability beyond that of being ‘water-squirters’ is significant but is being won on the basis of demonstrable performance across a range of events and incident types.

A number of FRS now have officers seconded to local CT units to facilitate close working with partners from other agencies in many aspects of the CONTEST strategy. These secondments, along with the development of a cadre of National Incident Liaison Officers (NILOs), support the planning and response phases against those risks identified by the National Risk Assessment.

At national Government level our lead department, Communities and Local Government (DCLG), has recognised through the Fire and Rescue Service National Framework that FRS authorities need to be able to deal with the continuing malicious threat. Conceived in the immediate aftermath of the attacks on the Twin Towers, the ‘New Dimension’ programme provided the capabilities now deployed as part of FRS National Resilience. Provision is planned for a range of scenarios: from local attacks through to those which might require the coordination of an international response.

The National Resilience offer includes Urban Search and Rescue (USAR), Mass Decontamination, Detection Identification and Monitoring (DIM) of Hazardous Substances, High Volume Pumping (HVP) and Enhanced Logistics Support. Any one of these capabilities can be used by FRS across the country in moments of need, such as, for example, widespread flooding in southern England this time last year. They also work well to support improved resilience and effectiveness, if and when a malicious attack should occur. More recently the FRS has worked with Police and Ambulance partners to develop a joint response capability to a Marauding Terrorist Firearms Attack (MTFA). Such a response requires close and trusted teamwork in a highly challenging operating environment, the sole aim being to minimise injury and loss of life of those subject to an attack.

The FRS plans at a local level, primarily with Local Resilience Forum partners, for a range of possible eventualities either at specific sites or for generic terrorist related incident types.

The key role of this and associated exercising is to test plans, rehearse response, and seek to learn and deliver improvement. The principles of the Joint Emergency Services Interoperability Programme (JESIP) are being exercised on a regular basis and increasingly underpin actual incident response.

Terrorism, in its many guises, presents challenges to each of the blue light services and associated responding agencies. It is difficult to foresee any significant attack outside the UK capital which would not require the mobilisation and collaboration of a number of services and capabilities from across the country. In preparation for this, revised FRS Incident Command guidance is being written to accommodate a broader range of scenarios. This guidance is supplemented by the FRS National Co-ordination and Advisory Framework (NCAF), which sets out in detail the essential linkages and communication lines in the event of a terrorist event. NCAF clearly presents the dependencies and relationships that link the Commander of the first fire engine on scene through to the Government COBRA committee.

Each FRS forms part of the Emergency Services sector element of the defined national infrastructure, with elements of the organisations such as Control Rooms being ‘critical assets’. The need for services to develop, maintain and improve staff awareness through training and instruction has grown as the FRS role has become more defined and better understood. The FRS plans across a range of potential business continuity challenges and now has policies to cover the risks presented by cyber, personnel and physical security. In tandem with obligations as Category 1 responders under the Civil Contingencies Act, the level of FRS preparedness to respond to terrorist events and its ability to plan with partners is significantly improved in comparison to even 10 years ago. Collaboration is a key factor as this capability continues to evolve now and into the future.