Can the fate of hostages be determined from proof-of-life video messages? 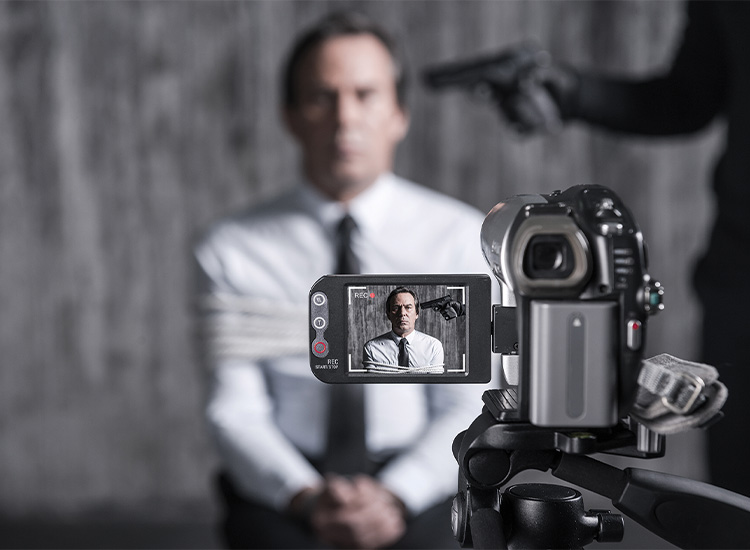 Latest research into terrorists’ videos of their hostages shows how analysis of them can provide insight into the likely outcome and support those involved with hostage rescue operations.

While terrorist hostage-taking is uncommon, ideologically motivated hostage-takers often provide a video demonstrating proof of control and proof of life (POL). These videos establish that a hostage is alive at the time the video was made and hence provide valuable information for families and governments charged with their safe recovery.

What they don’t reveal, however, is the likely fate of hostages. Each case is different

Theories have been suggested that hostage-taking is a form of organised crime where economic concessions are demanded from rational actors requiring a benefit. While this may apply in many cases, each case and hostage-taking group differs, and variables apply dependent on the political situation, the group dynamic and evolving methodology, and the political ‘win’ current to the prevailing conditions (e.g. civil war breakout).

There is limited research on POL videos and narrative exploration, which can inform thinking as to whether hostage-takers are more inclined – through their behaviours and narrative – to execute hostages, or whether they are holding hostages to obtain political concessions to pursue, fund, and finance their strategic attacks and initiatives.

Applying some research in this area can help support our understanding of the terrorist group dynamic, its strategic thinking, and the business model it is employing.

Hijacking – Hostages are held under duress but the main goal of the terrorists is something other than killing the hostages; for example, the Al-Qaeda-inspired 9/11 attacks, where planes were hijacked and flown into iconic buildings.

Barricade-siege – Terrorists invade a building to kill or hold people hostage. This type of incident inevitably provokes a quicker response from the authorities and results in a stand-off; for example, the Bataclan theatre siege where Islamic State of Iraq and the Levant (ISIL) inspired terrorists murdered 90 people and injured many more.

Kidnapping – Different to the first two categories in that it is normally a predetermined activity involving the instigation of demands or concessions by the hostage-takers.

Fate of the hostages

To determine what insights Proof of life (POL) videos might hold about the fate of hostages,

I carried out a coding and content analysis of 51 POL videos involving 62 hostages (predominantly males aged from 23 to 70 years) kidnapped by international terrorist organisations between 2003 and 2017:

The videos were sub-divided into which terrorist/hostage-taking group produced them:

Known outcomes from this sample

Half of the videos involved at least one hostage being murdered.

From the analysis of the sample, hostages taken in Iraq and Syria had the highest death rate in terms of this sample – 78% and 70% respectively.

Hostages kidnapped in Afghanistan and Mali had no fatalities (however, it is noted that hostages are still being held at this time in Mali and, therefore, their fate is unknown).

Furthermore, the cases in Afghanistan and Mali accounted for the longest periods held in captivity (five years and five and a half years respectively). This suggests that the longer a hostage is held, the more likely they are to be released.

14% of the sample in the POL videos were shown as on their knees in a pleading state.

Of note, all hostages in these videos were killed.

It was rare to see hostage-takers delivering a narrative alone and without the hostage in view. Only two cases from the sample fitted this category. They were both ISIS videos from Syria cases and depicted the same hostage-taker. Both cases ended in death.

39% of the sample analysed involved armed and masked hostage-takers being depicted in the videos. Of those, 74% ended in the death of the hostages.

27% of hostages were wearing orange jumpsuits and all were murdered. For 20% of the sample, a deadline was given; of these 100% were killed.

Demands were predominantly directed at governments (92%) and were political in nature. Significant amounts of demands were for the swap of prisoners.

25% of the demands also incorporated a ransom of a significant sum (i.e. millions). Two points are worthy of note here. Firstly, ransoms are generally never paid at the opening offer and will be reduced by negotiation. Secondly, all of these demands are in the region of what is known as an ‘unrealistic demand’; that is, one where only a government would be able to pay due to the size of the demand.

Empirical evidence suggests that both sides know it is illegal to pay ransoms to terrorist groups in any event, so it is possible that the hostage-takers’ intention is to demand an unrealistic amount and then use this as justification to kill. This tends to suggest that a realistic demand (e.g. money) would probably signal an intent to release the hostage whereas something totally unrealistic (e.g. US out of Iraq) would lead to death.

Improving the understanding of investigators

The content analysis of the characteristics of these videos can aid the understanding of investigators. The results identify a significant causal positive relationship with some characteristics. This must be viewed within the complete context of the investigation and circumstances at the time. Of course, political relationships and snapshots in time play an important part of any response mechanisms.

Any hostage rescue operation can significantly raise the risk to life of a kidnapped hostage held by a terrorist group, so insights gained from analysing POL videos have the potential to improve operational planning and save lives.