Home Editor's Choice Why IT workers are essential
Security Careers

Why IT workers are essential 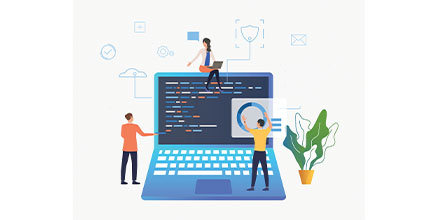 Why IT workers are essential

The end of the global health crisis and the global recession is not yet in sight.

The economic damage wrought by the global pandemic has been profound. Unemployment has spiked around the world; entire industries have collapsed and there is apparently more pain to come.

But that is only one story of many. As lockdown orders set in around the world and over a third of the world’s population went into quarantine, offices locked their doors and enterprises turned their staff – of sometimes tens of thousands of people – into remote workers. Therein lies a story about resilience and the incredible efforts undergone to keep businesses, jobs and much of society afloat. Holding up that herculean effort has been a kind of emergency worker that we rarely hear about: the IT worker.

It’s been the small handful of IT workers which have preserved business continuity and in many cases, the survival of their firms. They’ve held up enterprises on their shoulders during a global pandemic and at great personal risk.

Remote working was a trend that was gaining speed before the quarantine. But even the most advanced enterprises did not hold burst capacity for more than a handful of their workforce. In a period of weeks, tens of thousands of employees had to be onboarded onto VPNs. Nord VPN data showed that over a few weeks in March, VPN usage jumped by 165 percent.

Those VPNs are resource-expensive at a time when enterprises were strapped for bandwidth. Extra close attention had to be paid as the granular management of how users and applications used network resources was key to maintaining availability.

So was maintaining security at a time when remote workers were particularly vulnerable. Often, they were using home devices and applications which didn’t measure up to enterprise security standards. Furthermore, cybercriminals used the panic and insecurity of the moment to prey upon those remote workers while they were removed from enterprise security controls. In April, Google reported that it had been blocking 18 million COVID-19-related malware and phishing emails per day. They’ve had to educate their users on those threats and on how to act securely in these trying times, as well as handle their complaints, questions and concerns.

IT workers had to do all of this quickly, ensuring performance and maintaining security on architectures that were never built to deal with a global pandemic.

These essential IT workers filled critical roles far outside the traditional enterprise too. As hospitals filled with critically ill COVID-19 patients, patients with other health concerns had to find some way to seek information and treatment. Healthcare IT workers helped move outpatient care to telehealth – the means by which patients could stay quarantined and still receive care over video call. The pressure of the crisis has often forced them to innovate and find creative new ways to deliver care and support their colleagues. Some healthcare IT workers turned to 3D printers to make masks for frontline workers at their hospitals. Necessity, as they say, is the mother of invention.

Data centres – the huge farms of servers that keep modern business afloat – were of particular importance. It might seem as though data centres can tick and hum away on their own but these are vast sites full of complex equipment which require manned oversight to service, repair, and maintain. Data centres often scaled down their staff to skeleton crews, leaving those few remaining staff with massively increased demand and decreased resources. During COVID-19 some data centres had to restrict access due to stay at home orders, so this lack of physical access has accelerated some organisations’ move to the cloud or the further digitisation of their network operations.

As doors have closed, people have relied even more on the internet to stay connected to the outside world and internet exchanges have witnessed record internet use. German internet exchange DE-CIX Frankfurt managed to maintain service during a world record traffic peak of 9.1 terabits per second.

Despite the criticality of this sector, it was only in late March that the UK government designated those working in the “information technology and data infrastructure sector” as key workers. The same day, the US Department of Homeland Security Cybersecurity and Infrastructure Security Agency (CISA) released guidance which underwrote the importance of “data centre operators” as “essential critical infrastructure workers”.

They were the last out of the offices as the crisis set in, and they’ll be the first back in as lockdowns start to loosen. Make no mistake: IT workers are essential workers.

Firms are realising how important their IT departments are. A recent survey from the British Chambers of Commerce and TotalJobs has shown that advertisements for IT have skyrocketed in recent weeks. CW Jobs’ annual confidence index found that 49 per cent of IT decision makers think enterprises will  increase tech budgets in response to the crisis.

The global pandemic has clarified our definition of what is and what is not essential. As we travel the path back to normality, let’s hope that IT workers get their due.