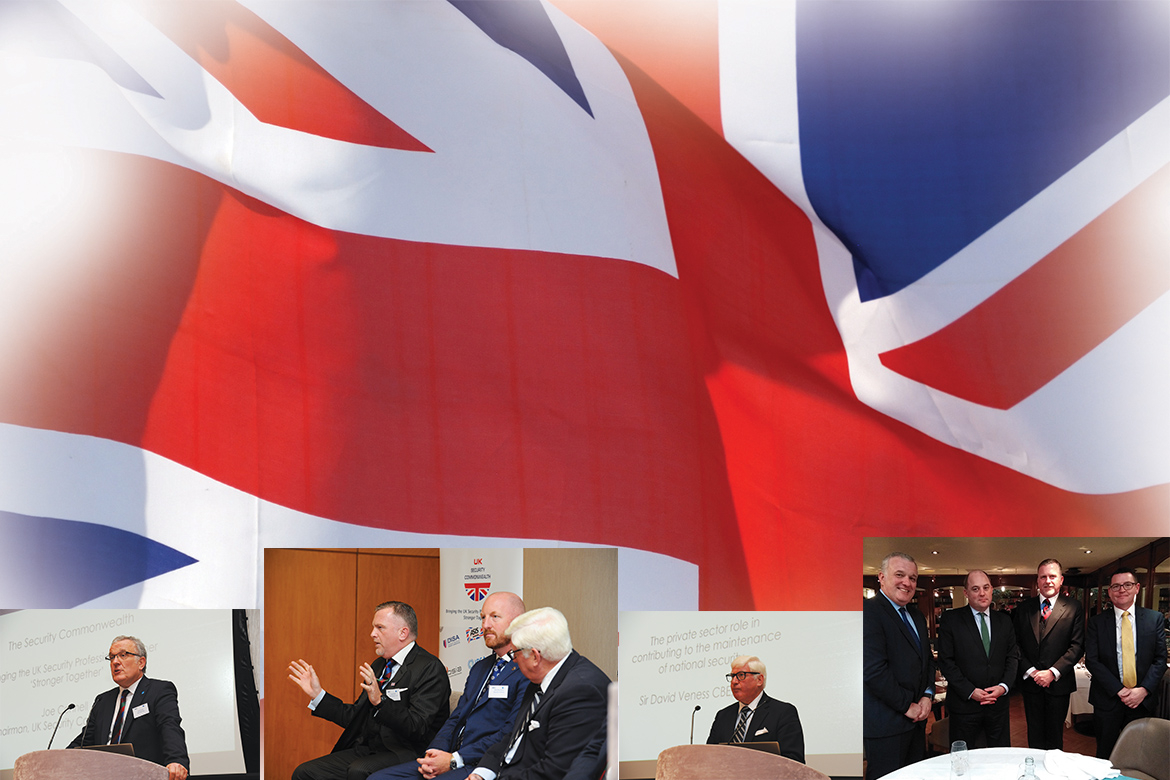 Many of those working in security are familiar with the large number of membership organisations, regulatory bodies and partnership initiatives with ‘security’ somewhere in their title or job description. Each of these provides a key piece of support for the security profession in the UK – but do they work together?

Growth of the Security Commonwealth

The Security Commonwealth was formed in 2015 following a call to action to achieve a forum to bring the efforts of the various security organisations together.

Now with over 40 member organisations, the stated purposes of the Security Commonwealth include the provision of a forum to consult and co-operate in the common interest and promotion of professionalism, good practice and information sharing to enhance UK security; to be the all-inclusive industry advocate on security issues in the UK, to create lasting networks and alliances; and to promote and lead the security industry with a single voice.

Joe Connell, the previous Chair of the Security Commonwealth, summarises the approach succinctly: “We have three main aims: to collaborate, to communicate and to influence.”

The Security Commonwealth has also established a hybrid form of governance, reflecting this collaborative approach. A Senior Board comprises a Chair and two Vice Chairs, each selected from a different member organisation. These positions are currently held by Guy Mathias (Chair, who also chairs the Food & Drink Security Association),  Joe Connell  (Vice Chair, who is also Chairman of the Association of Security Consultants) David Clark (Vice Chair, who also chairs the ASIS UK Chapter). The Chair serves for one year, the two Vice Chairs being made up of the previous Chair and the Chair-Elect for the following year. “This is designed to ensure that no one person or organisation dominates, whilst maintaining the ability to keep to a consistent rolling three-year strategy,” Joe explains.

Ready to exploit the cohesion generated over the last four years, the Security Commonwealth is now in a strong position to further support UK security. This is good timing:  the 2018 revision of CONTEST – the UK’s Strategy for Countering Terrorism – indicates that the Threat Level will continue at Severe for at least two more years.

Joe Connell says, “The threats are diverse and constantly shifting and so are the core skills needed. Sharing and networking are more important than ever. The security sector needs to be both reactive and proactive in its approach.”

The CONTEST Strategy also highlights the intention to “seek a more integrated relationship with the private sector”. The Security Commonwealth is well placed to encourage this closer integration. Already, it has confirmed its continued support to UK government security policy through meetings with the Minister of State for Security and Economic Crime, Ben Wallace MP, Home Office; NCTPHQ; and a variety of public-private partnerships throughout the UK currently coming under the ACT banner. It welcomes public-private security sector collaboration and looks forward to working jointly in a productive manner.

In fact, the Security Commonwealth has recently taken steps to actively support the public-private Cross-Sector Safety and Security Communications (CSSC) initiative by pledging membership donations to CSSC funds. Many security professionals will be familiar with this initiative – one of the principal communications vehicles for security-related messages. Many may not realise that it is a charity and receives no government funding, so this additional funding support is crucial.

What next for the Security Commonwealth?

The appointment of Guy Mathias as Vice Chair and Chair Elect for 2019 marks a new milestone in the governance of the Security Commonwealth. Guy states, “I feel tremendously privileged to be taking over the helm at Security Commonwealth and working with the vastly experienced Senior Board members and, most importantly, our constituent bodies and their members, for a mandate to foster common goals and aims.  One of our 2019 objectives will be to reach out to more organisations to join SyCom.

“We look forward to building on the recent Security Commonwealth meeting with the Security Minister, Ben Wallace MP, to promote and develop further dialogue between the public and private security sector in 2019. We desire to enhance interaction across all areas of Risk and Security in order to build meaningful relationships and levels of co-operation, which we will pursue vigorously to inspire the UK private security sector to work as one, in reinforcing the safety and security of people and assets in the UK and beyond.”

How can you get involved?

A key focus of the Security Commonwealth is to help implement a co-ordinated approach to UK security, and for this it is vital to share guidance, education and best practice across the sector. Another big opportunity is to change the perception of security: to educate everyone on the value of the private security sector and to drive up standards. The Security Commonwealth encourages everyone to get involved.

The Security Commonwealth can only reflect the qualities of its members and therefore welcomes greater engagement to achieve greater results for all.