Project Servator – the power of partnership 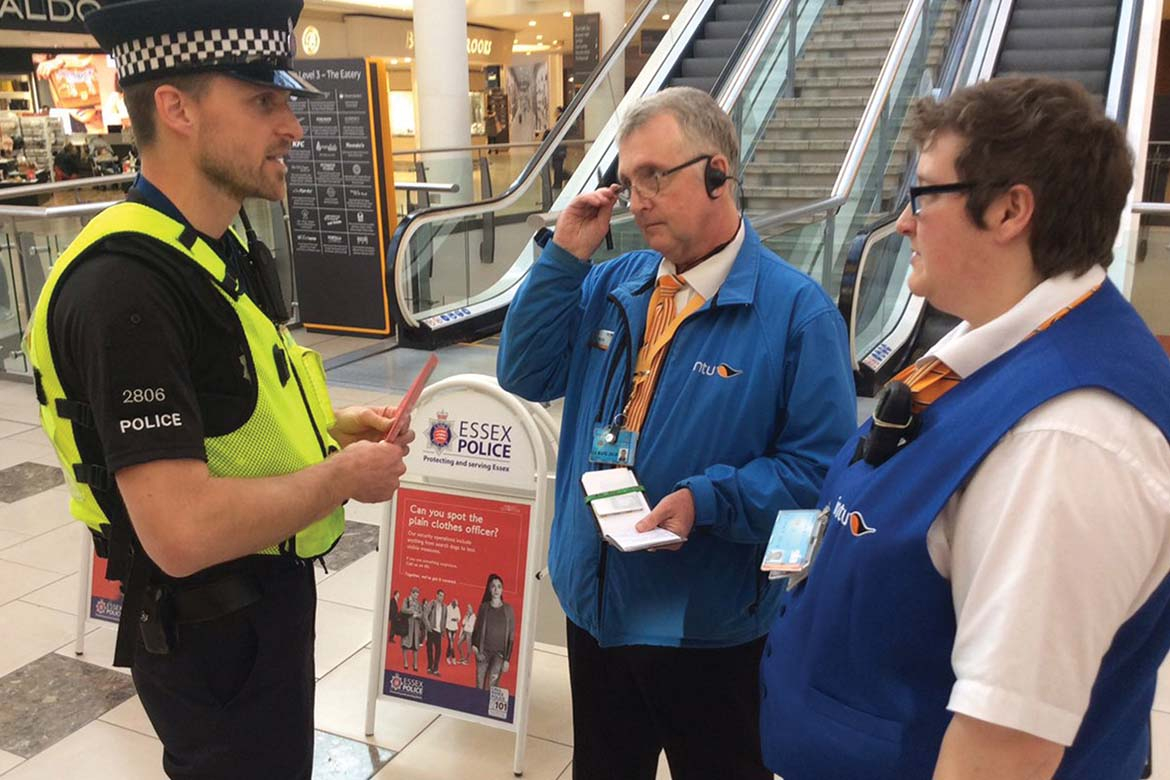 Project Servator sees police, partners, businesses and the public working together to create a network of vigilance that makes it difficult for criminals and terrorists to operate successfully.

One of the strongest examples of this collaborative approach to policing is at intu Lakeside, in Essex, where Project Servator has been operating since July 2016.

With over 20 million visitors a year and 1.44m square feet of retail, catering and leisure space, it is one of the UK’s largest and most popular retail destinations and a top priority for Essex Police when protecting crowded places across the county.

As part of Project Servator, highly visible yet unpredictable police deployments are carried out at the centre. These are designed to deter, detect and disrupt criminal activity whilst providing a reassuring presence for people who work and visit there.

The deployments involve both uniformed and plain-clothed officers, who are specially trained to spot the tell-tale signs that someone may have criminal intent. They are supported by other resources, such as armed officers, police dogs, vehicle checkpoints, intu Lakeside’s highly trained security teams and network of state-of-the-art CCTV cameras, and hundreds of retailers.

Together, we’ve got it covered

Insp Sharn Taylor, who leads Project Servator at intu Lakeside for Essex Police, said, “Project Servator’s tagline is “Together, we’ve got it covered” because working with our partners and the community is a vital part of making it a success. At intu Lakeside that really is the case. We work as one team to make sure that customers are safe and secure and that anyone looking to commit crime or cause harm feels very uncomfortable and is unable to do so.

‘Project Servator deployments are unpredictable, which means they can happen at any time and anywhere. And when we’re not carrying out a deployment, we know that, because of the positive relationships we have built, we have hundreds if not thousands of extra eyes and ears looking out for anything that doesn’t feel right – from the centre’s security team to retailers and members of the public who we’ve encouraged to be part of  Project Servator.’

Group head of security for intu, Ian Pugh, is responsible for the security strategy across all of intu’s twenty shopping centres, including three in Spain. He has developed close working relationships with the security services and police at a national and local level and sees Project Servator as an important part of intu’s customer-focused security strategy.

Ian said, “We employ our own security officers and they all put the customer first. They will engage with people as soon as they can – if a customer asks for directions, they won’t just point out where to go; they will take them there.

‘This is completely aligned with the Project Servator approach, where engaging with people is so important. It’s important in reassuring the public and making them feel safe and secure, but also because being engaged by a security officer is the last thing someone with criminal intent wants, so this acts as a huge deterrent.

‘Across all our centres, you will find security teams who are engaged, vigilant, alert and customer focused, working with the police. This is one of the reasons our customers tell us they feel safe and secure.

‘We have a permanent police team at intu Lakeside. They share briefings and intelligence with the security manager, and are an integral part of the team here at the centre. Together, they link in with the Project Servator teams, so that when a deployment happens, the whole team operates as one.

‘In today’s environment and with the security challenges we all face, anything that shows us working in partnership with the police can only be a benefit. I work closely with the heads of security for all of our major retailers and they tell me they like to see the police in the centre. The Project Servator deployments are great because we have smiling customers engaging with the police and our security teams. It aligns incredibly well with our model of ensuring we create a customer-friendly environment.’

Following terror attacks at home and abroad over the last few years, visitors to the centre will regularly see Essex Police’s armed police officers on patrol. How have customers reacted to this?

Ian said, “It has been a big change to see this type of deployment in a location like ours. If you’d said two and a half years ago that there would be firearms officers on patrol, not many people would have been in agreement with that. But because of the approach we have taken collaboratively with both the police and the public, the response has been very positive. They tell us that they are reassured by it.’

For Insp Taylor, the power of Project Servator really is in the partnership. She said, ‘I’ve been a police officer for twenty years and I’ve noticed that this approach is not only giving our officers new skills, but enabling us to build really positive relationships with all sorts of partners. Importantly, it’s opening up lines of communication with the people we serve. They’re more open to talking to us and telling us about things that don’t seem right or they know are happening locally. This can only benefit everyone, except criminals.’

Find out more about Project Servator.